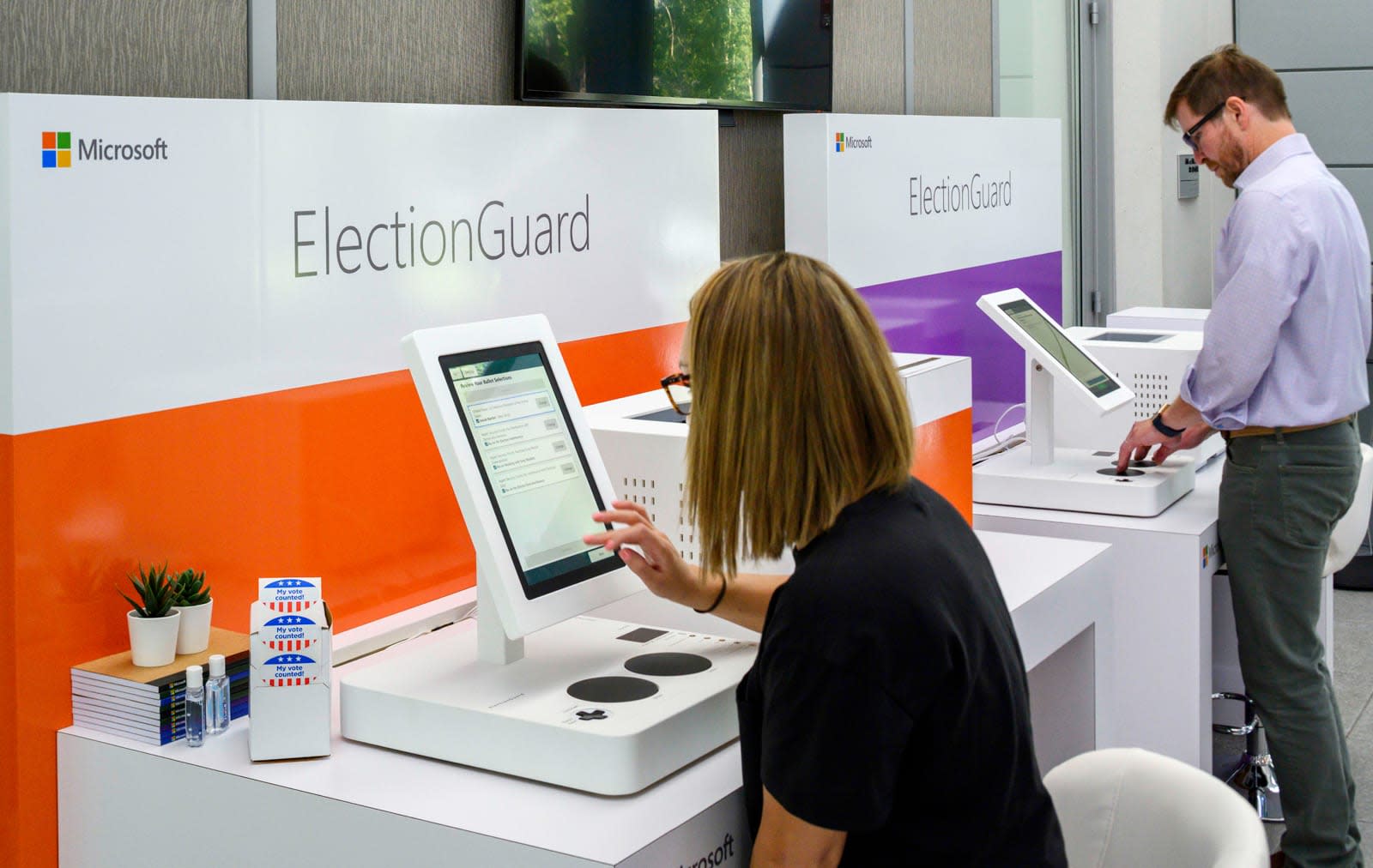 Microsoft is keen to show that its election security system is more than just a theoretical exercise. The company has demonstrated the first voting system to use its ElectionGuard tech, promising a vote that's both easier and more trustworthy. The example hardware is pieced together from off-the-shelf parts and includes a Surface tablet (in a fiddle-free kiosk mode), an everyday printer and an Xbox Adaptive Controller to make voting more accessible. That's relatively unique in itself by proving that you can use regular components, but the software is ultimately what glues it all together.

After you've cast your ballot using either the Surface or the controller, ElectionGuard uses homomorphic encryption to count the vote while keeping the data encrypted. It also offers a tracking code that voters can enter on the web to verify that their vote was both counted and hasn't been changed. And yes, there will be a paper trail. A separate paper ballot you can mark and place into a box to serve as an extra level of verification.

You won't see this exact device at a polling place. Microsoft's open source tech works with other voting systems, and there are partnerships in place with companies that produce more than half of the voting machines the US is currently using. It's adding support for two voting tech vendors, Clear Ballot and Smartmatic, in the process.

It will take a while for ElectionGuard to ramp up. Microsoft said it was "piloting" the platform in the 2020 US elections. There are certainly incentives to put it in place sooner than later, mind you. Microsoft warned that its AccountGuard system issued 781 notifications of nation-state account attacks (mostly from Russia, Iran and North Korea) since its debut in August 2018, with nearly 10,000 customers learning that they've either been targeted or victims. Other countries are eager to meddle with politics using cyberattacks, and vulnerable voting machines could be easy prey.

In this article: accountguard, adaptive controller, clear ballot, electionguard, elections, gear, internet, microsoft, politics, smartmatic, surface, voting, xbox adaptive controller
All products recommended by Engadget are selected by our editorial team, independent of our parent company. Some of our stories include affiliate links. If you buy something through one of these links, we may earn an affiliate commission.