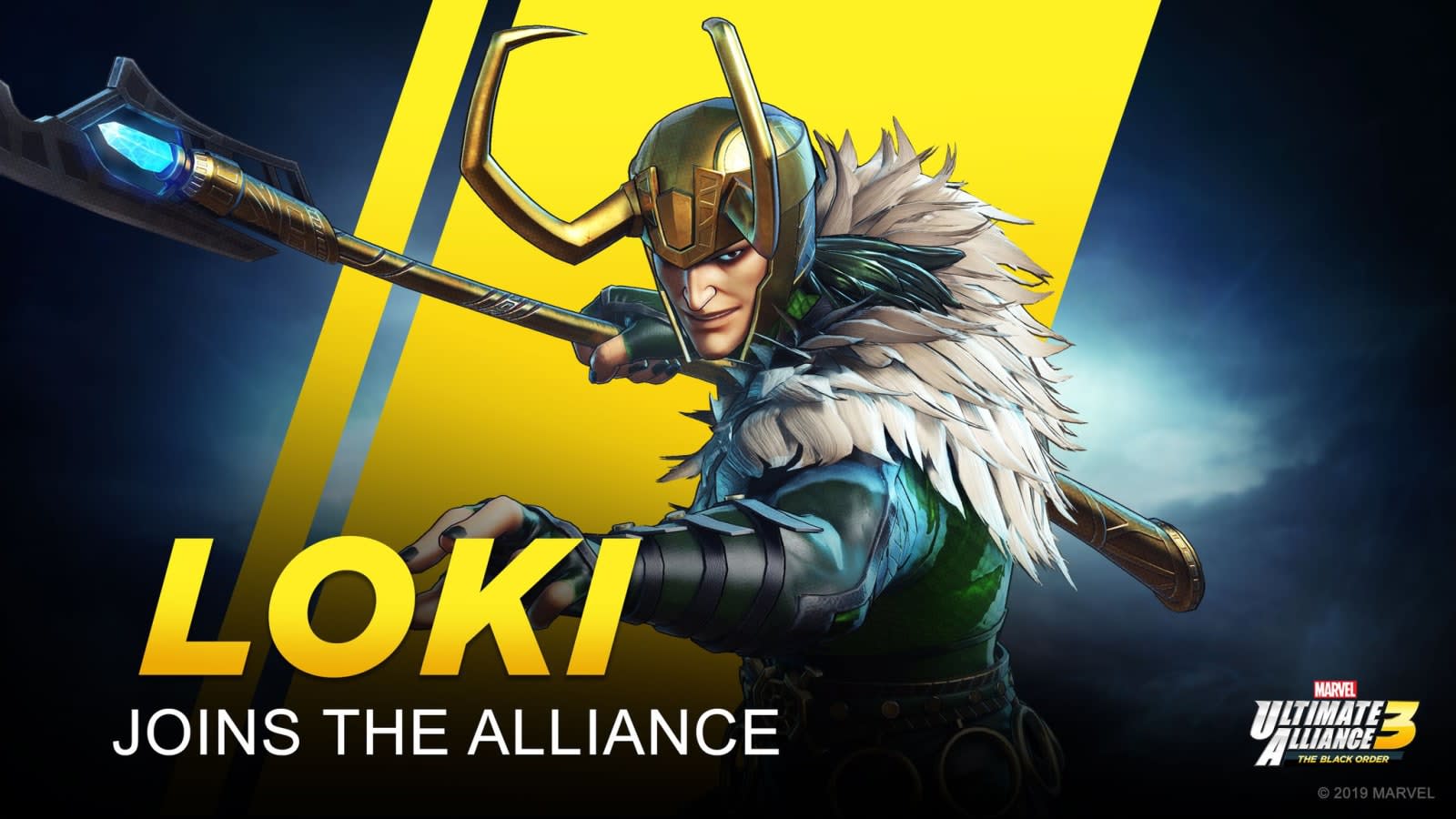 The latest entry in the Marvel Ultimate Alliance franchise is dropping for the Nintendo Switch today, July 19th, and it comes with a nice surprise for fans of the god of mischief. Loki is joining MUA 3: The Black Order as a playable character from day one, Marvel Games has announced at San Diego Comic-Con, where it also revealed the other superheroes/villains/mutants that will be making their way to the game in the future.

Colossus and Cyclops will be coming to #MUA3 in a FREE update on August 30! #MarvelSDCC pic.twitter.com/LzCcVUt5EN

On August 30th, Cyclops and Colossus will be joining Thor's brother and the rest of the alliance in a free update. Marvel Games will also roll out alternate outfits for the whole gang from launch through the first quarter of 2020.

Those who don't mind shelling out $20 more for a paid Expansion Pass will be getting additional story content and playable characters from Fantastic Four, X-Men, Marvel Knights and other Marvel titles, as well. The pass will give players access to three DLC packs rolling out at different times -- the first one, coming out this fall, will add Moon Knight, Blade, Punisher and Morbius to the game's roster.

Check out the game's trailer below:

In this article: gadgetry, gadgets, gaming, marvel ultimate alliance 3, SDCC2019, the black order
All products recommended by Engadget are selected by our editorial team, independent of our parent company. Some of our stories include affiliate links. If you buy something through one of these links, we may earn an affiliate commission.