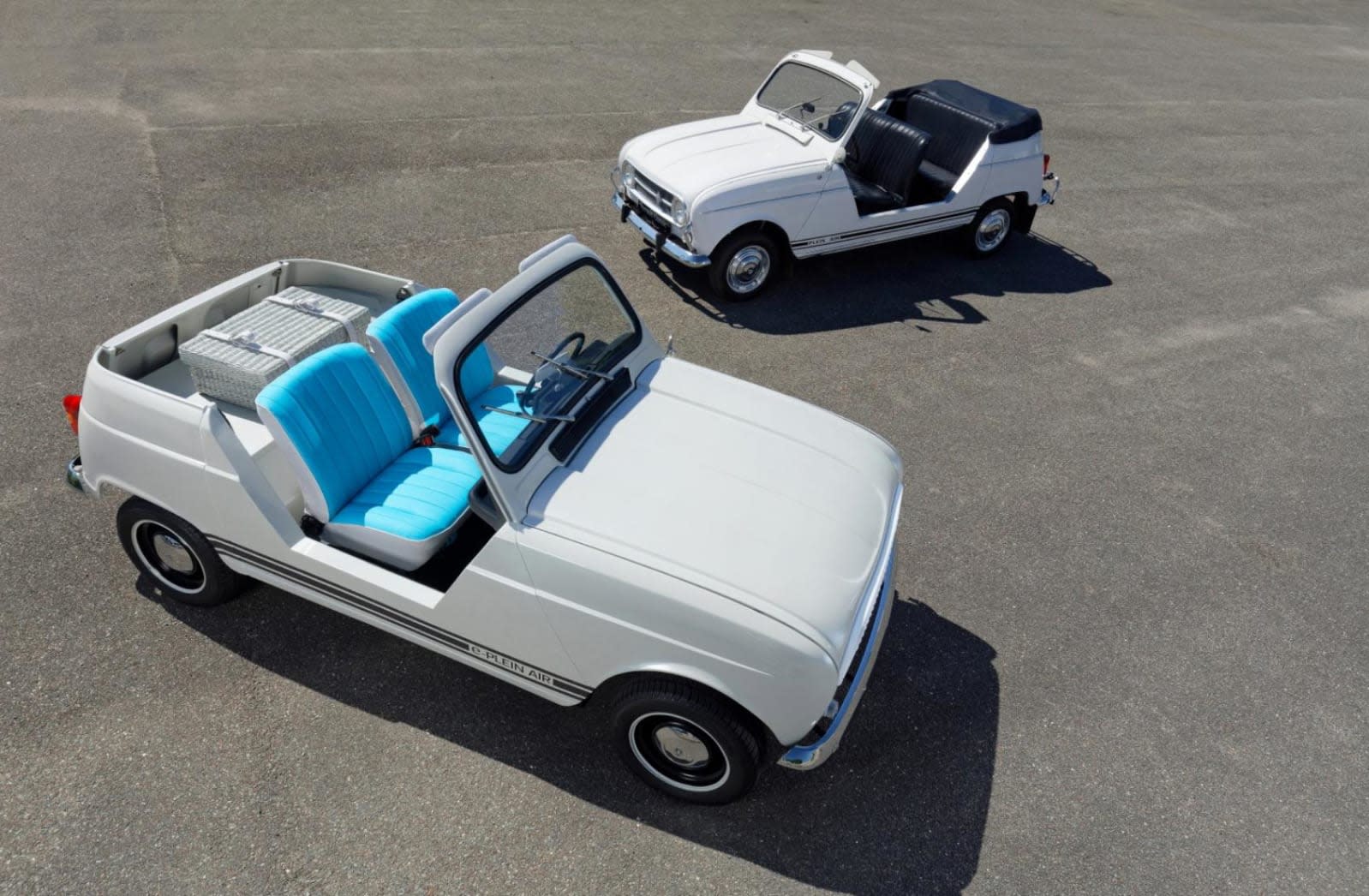 Much as Ford and Honda are doing with Mustang and Civic inspired EVs, Renault is going nostalgic by building an electric version of the beloved, best-selling 4L (Quatrelle), aka the Renault 4. The e-Plein Air (meaning "open air") is based on the 1968-69 Plein Air, a topless, doorless beach-friendly version of the 4L that only sold 563 copies.

It'll be equipped with the Renault Twizy 80's drivetrain and 6.1kWh battery, so while it won't go very far or fast, the 62 miles of range and 60 mph top speed should be more than enough for cruising the dunes of Normandy.

Our iconic #Renault4 has been released in a full #Electric version! Happy to introduce you the Renault e-PLEIN AIR ⚡⚡⚡#RenaultClassic #EasyElectricLife pic.twitter.com/IVYTMQ1q2d

The Renault 4 arrived in 1961 as a response to Citroën's famous 2CV, aka the "Deux Chevaux" ("two horsepower"). It was Renault's first car with front-wheel drive and a fully independent suspension, making it perfect for rural roads in France and around the world. Renault sold eight million copies by the time production ceased in 1992. The Plein Air, meanwhile, came along via a request by the military and in response to Citroën's Méhari.

Renault said that the EV version drives much like the original 4L, even though it has a slightly shortened wheelbase. It's building the e-Plein Air (pronounced "plahn air") strictly as a concept for now, "but we will of course be attentive to the reactions of enthusiasts and potential customers in view of the car," the company said.

In this article: gear, transportation
All products recommended by Engadget are selected by our editorial team, independent of our parent company. Some of our stories include affiliate links. If you buy something through one of these links, we may earn an affiliate commission.