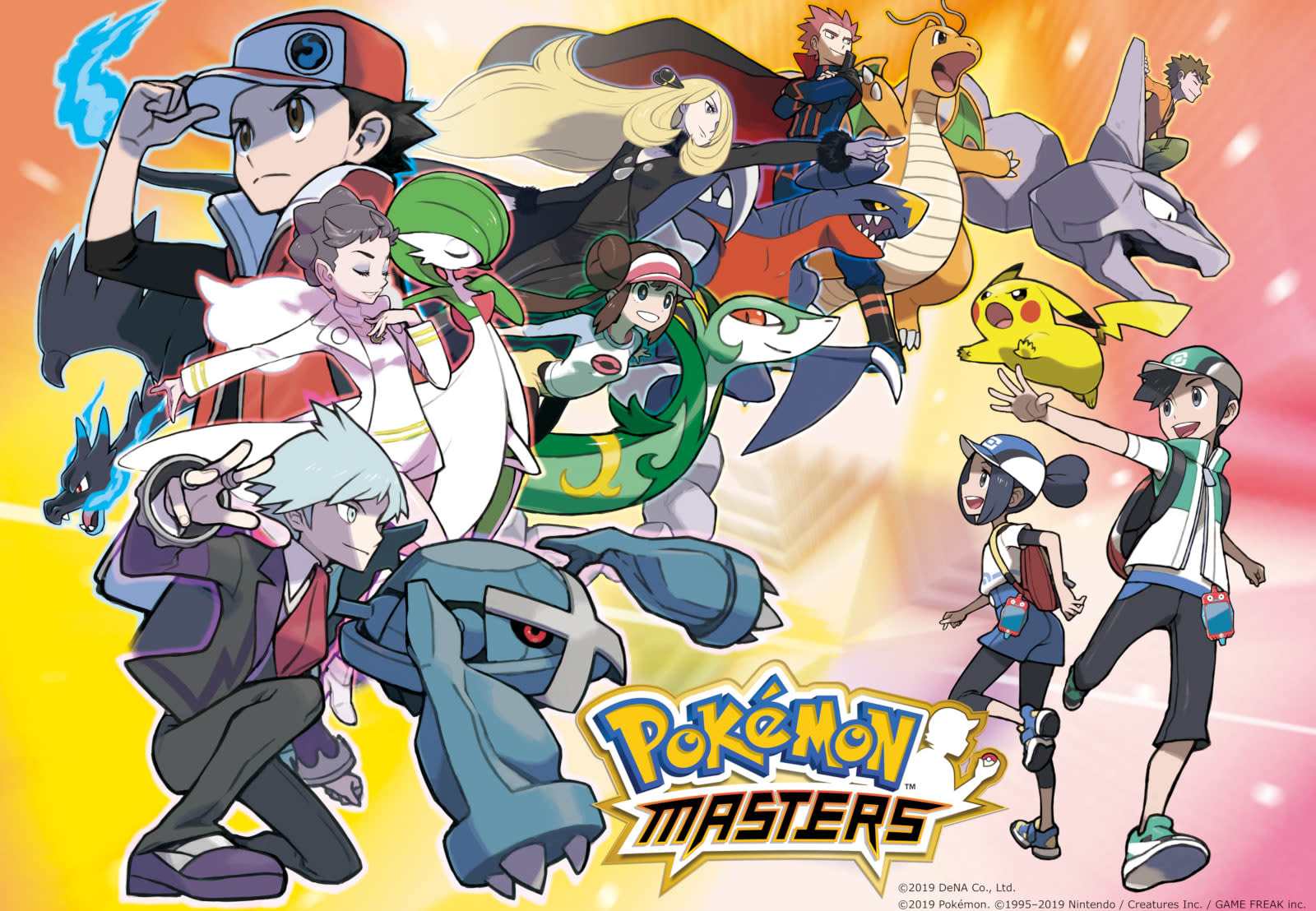 While the Pokémon Company and mobile game developer DeNA have yet to announce an exact date for their upcoming mobile game's release, they're at least showing signs that it'll soon arrive on your phone. They've now opened pre-registration for Pokémon Masters on both Android and iOS devices through Google Play and Apple's App Store, respectively. The Official Pokémon Masters Channel has also uploaded six new gameplay videos to drum up interest in the strategy and battle game, which pits you in a 3v3 match against AI.

The game brings back familiar trainers from the series, such as Brock and Misty, and puts you on an island where you'll have to collect badges and train to compete in the Pokémon Masters League. Its new videos will show you a preview of the Story Mode and how to evolve monsters in the game. They'll also give you a glimpse of how cooperative play works, such as how to switch between sync pairs -- that's what the game calls trainer-monster pairs that travel together -- during battle. Finally, they'll show you how to add new sync pairs to your team and how to build the perfect team based on each sync pair's strengths

Pokémon Masters won't be officially available until sometime this summer, but a preview version is already available in Singapore for users with supported Android devices. The preview version will also arrive in Canada "soon." Any progress players make during the trial period will be saved and carried over to the full game when it roll out.

In this article: gaming, mobile, Pokémon Masters
All products recommended by Engadget are selected by our editorial team, independent of our parent company. Some of our stories include affiliate links. If you buy something through one of these links, we may earn an affiliate commission.