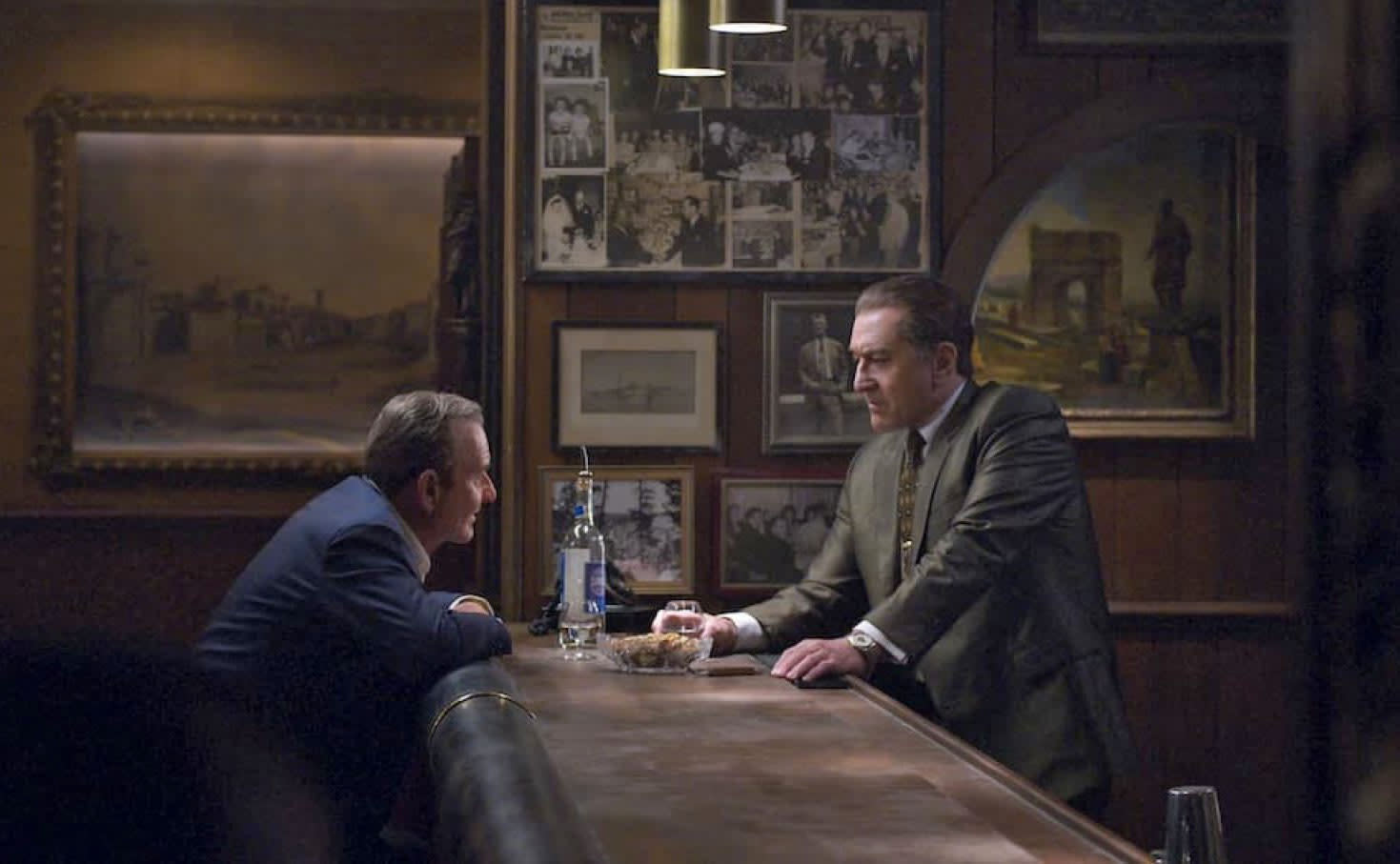 Martin Scorsese directing Robert De Niro and Al Pacino in a crime saga. If that weren't evidence enough Netflix is hoping for another major Oscars player with The Irishman, the movie will have a swanky world premiere when it opens the New York Film Festival September 27th.

Netflix had long earmarked a release date later this year for The Irishman. There were suspicions Scorsese wouldn't have the flick ready in time for a debut at the festival, according to Variety, particularly given the intensive process of digitally de-aging De Niro and Pacino. However, that hasn't been the case.

Scorsese has brought some of his other long-time collaborators into the fold this time around, including Joe Pesci (who's effectively been retired from acting for 20 years) and Harvey Keitel. Netflix seems to have a lot of faith in The Irishman -- the budget is reportedly as much as $200 million.

The streaming giant will be hoping to improve upon its awards success of last year, following the path laid out by Roma. The gorgeous drama was the centerpiece movie at the New York Film Festival in 2018. It went on to win Academy Awards for Best Foreign Language Film, Best Cinematography and Best Director for Alfonso Cuarón.

In this article: al pacino, alpacino, av, entertainment, harvey keitel, harveykeitel, joe pesci, joepesci, martin scorsese, martinscorsese, netflix, new york film festival, newyorkfilmfestival, robert de niro, robertdeniro, the irishman, theirishman
All products recommended by Engadget are selected by our editorial team, independent of our parent company. Some of our stories include affiliate links. If you buy something through one of these links, we may earn an affiliate commission.