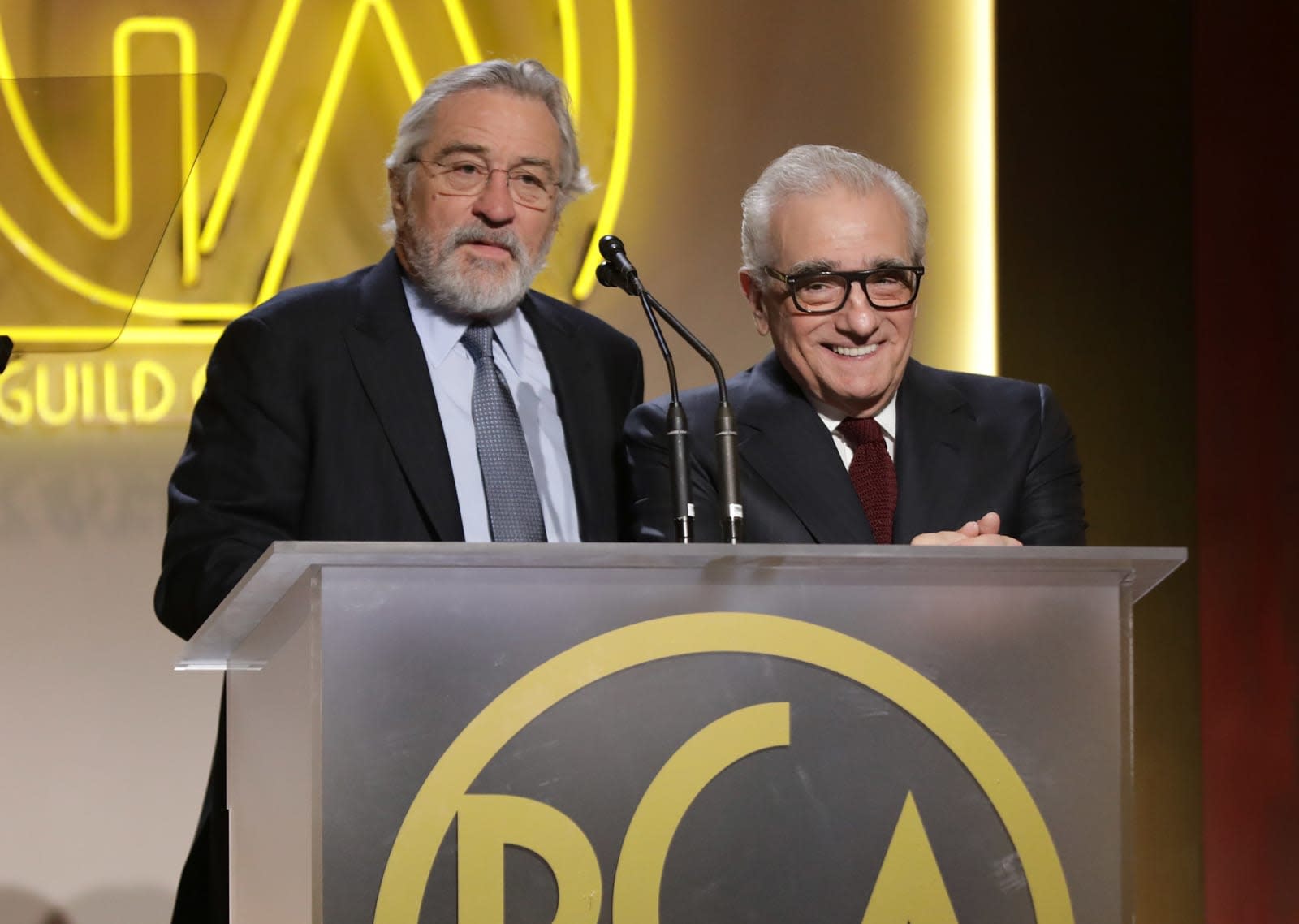 Netflix is making another big movie splash, as IndieWire is the first to report that it's acquiring the rights to Martin Scorsese's $100 million+ gangster flick The Irishman. Reportedly in the works since at least 2010, the project is supposed to unite the legendary moviemaker with both Robert de Niro and Al Pacino. The big budget is apparently due to the use of Benjamin Button-style special effects to make its actors appear younger for certain scenes. The story is adapted from the nonfiction book I Heard You Paint Houses, about mob hitman Frank "The Irishman" Sheeran.

A deal for Paramount to release the movie apparently fell through -- possibly related to a poor opening for the Scorsese/Paramount produced Silence -- opening the door for Netflix to flex its deep pockets and worldwide release capability. Despite those issues, judging by the names attached -- which are said to also include Joe Pesci -- The Irishman is a good bet to stay far away from the MST3K screen.

In this article: AlPacino, art, business, culture, entertainment, MartinScorsese, netflix, RobertDeniro, TheIrishman
All products recommended by Engadget are selected by our editorial team, independent of our parent company. Some of our stories include affiliate links. If you buy something through one of these links, we may earn an affiliate commission.