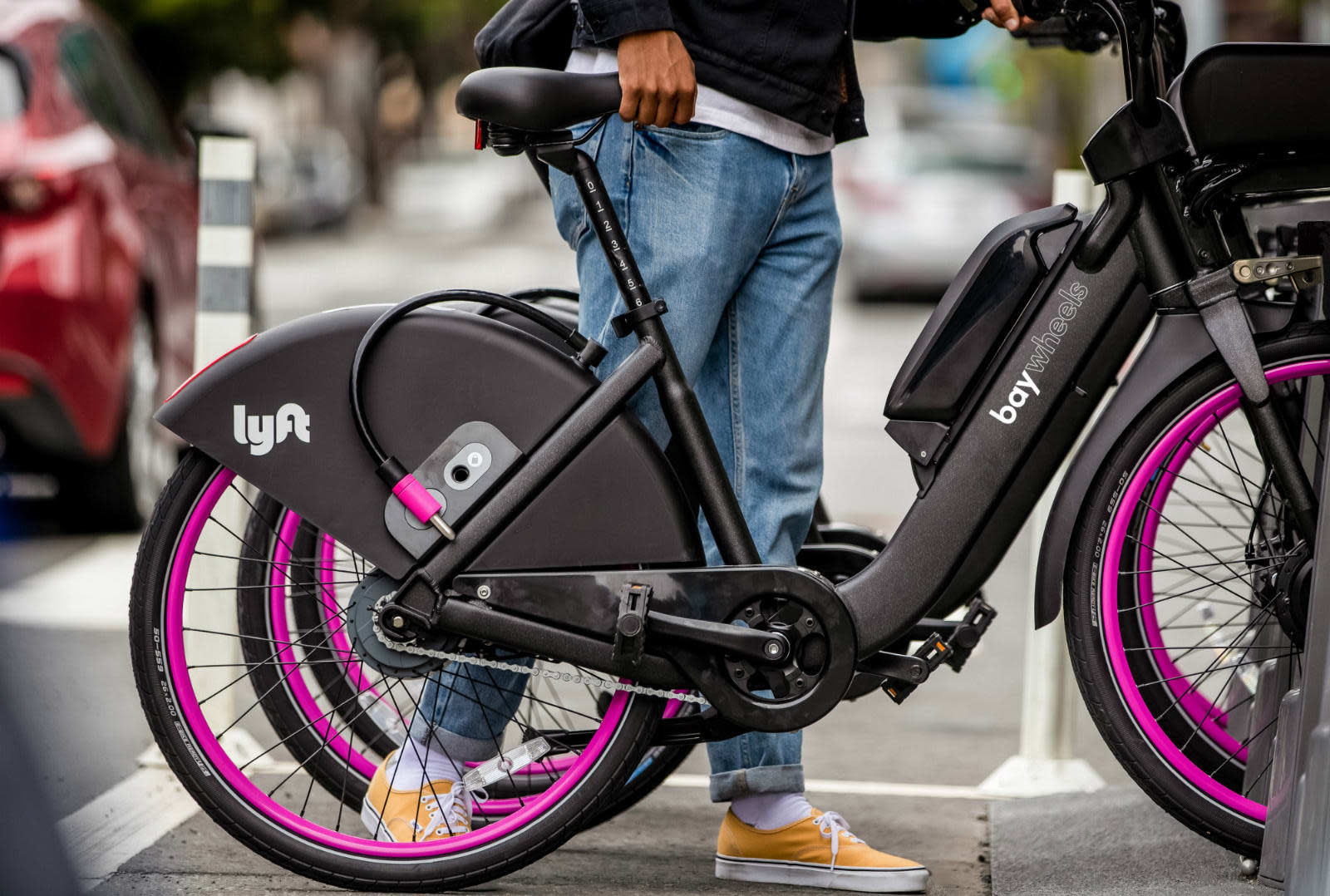 Lyft has made its Bay Wheels e-bikes in San Francisco unavailable to customers after a couple of them caught fire. According to San Francisco Examiner, a witness who saw the first incident on Wednesday said the flames came from the bike's battery. A second bike burst into flames on Saturday, and a local resident even tweeted a photo of its charred remains:

Bay Wheels used to be known as Ford GoBikes until Lyft rebranded it in June, a few days before the ride-sharing service sued the city over e-bike exclusivity -- the city wanted to welcome bike-share services other than Lyft's. Bay Wheels just made thousands of e-bikes available again in San Francisco a couple of weeks ago, three months after Lyft pulled them out because their stronger-than-expected brakes could be dangerous.

As a response to the recent incidents, Bay Wheels announced:

"Because the safety of our riders is our number one concern, we are temporarily making the ebike fleet unavailable to riders while we investigate and update our battery technology. Thanks to our riders for their patience and we look forward to making ebikes available again soon."

The company has yet to issue an official statement on how and why the e-bikes burst into flames. A spokesperson for the San Francisco Fire Department told SF Examiner, though, that the agency has classified them as a "battery pack issue" and as fires that "came from battery pack."

San Francisco authorities also told the publication that they agree that the e-bikes should be taken off the streets until Lyft figures out what happened and issues a fix. San Francisco Municipal Transportation Agency spokesperson Ben Barnett said the agency has opened an inquiry into Lyft to determine the circumstances surrounding the incidents. Further, it wants to know how the company intends to "prevent any future fires and ensure the safety of customers and the ongoing operability of the bike-sharing system."

In this article: bay wheels, e-bike, fire, gear, lyft, transportation
All products recommended by Engadget are selected by our editorial team, independent of our parent company. Some of our stories include affiliate links. If you buy something through one of these links, we may earn an affiliate commission.