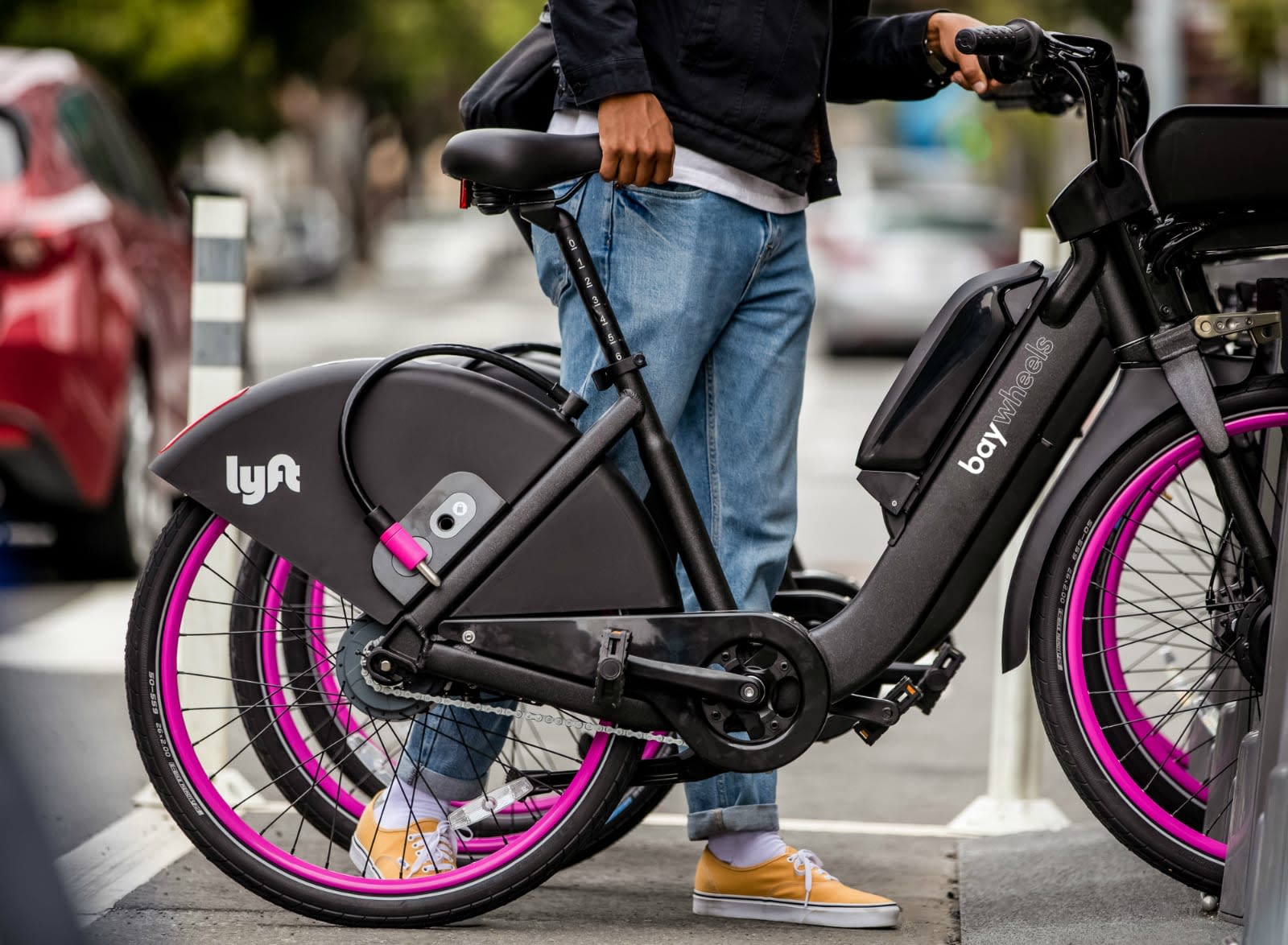 Today, Lyft is renaming its Bay Area bike share system. It's now Bay Wheels, no longer Ford GoBike. As part of the transition, the company is introducing new e-bikes with pedal assist for hills and the option to dock the bikes or lock them outside of a station. According to a press release, riders will be able to access the bikes with just two taps in the Lyft app.

Riders in San Jose will see the bikes beginning today, and Lyft plans to bring them to San Francisco and the East Bay later this month. They should be easy to spot, as the company is working with artists -- like Oakland-based Hueman -- to create new designs. Lyft says it will partner with more artists in the coming weeks.

Ford introduced its bike-sharing fleet to the Bay Area in 2016, when it announced plans to bring 7,000 GoBikes to San Francisco, Berkeley and San Jose. At the time, the bike share program was run by Motivate, which was later purchased by Lyft. Just last week, Lyft filed a lawsuit against San Francisco, claiming its efforts to expand the city's dockless bike-sharing program violates GoBike's original contract. We'll have to wait to see how that plays out and if Bay Wheels' new e-bikes can avoid some of the brake issues past models faced.

In this article: bay wheels, bike sharing, business, dockless, e-bike, ford, gear, GoBike, green, lyft, transportation
All products recommended by Engadget are selected by our editorial team, independent of our parent company. Some of our stories include affiliate links. If you buy something through one of these links, we may earn an affiliate commission.