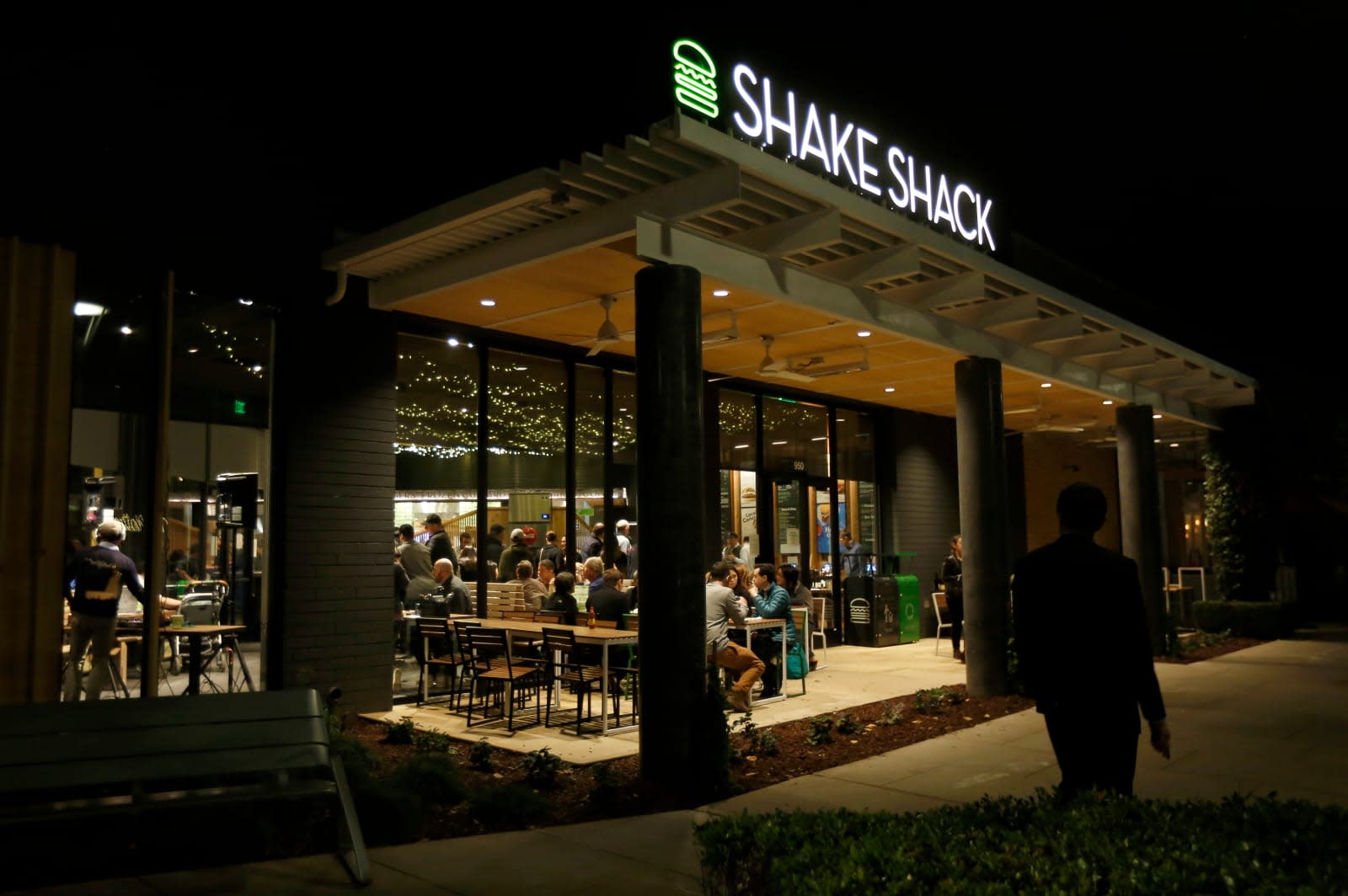 Sometime soon, you won't necessarily need to wait until the buzzer in your hand goes off to know when your food is ready at Shake Shack. The popular burger chain is teaming up with Grubhub for nationwide delivery across the US.

Shake Shack seems to be caving to consumer demand after saying at the end of last year its items are "not intended to be eaten half an hour after they were cooked" and that delivery didn't "necessarily fit really well" with its brand. To make orders as efficient as possible, it improved its packaging and worked with Grubhub to integrate the latter's Just in Time tech. That should help Shake Shack make sure orders are ready just as drivers arrive at restaurants, so food is in optimal condition when it arrives at peckish customers' doors.

Grubhub and Shake Shack will test deliveries in four areas: Morningside Heights in New York; Chicago's River North area; Livingston, New Jersey, and Darien, Connecticut. They plan to expand delivery to Shake Shack's 150 or so US restaurants over roughly the next nine months.

Shake Shack trialed deliveries with Grubhub, Postmates, DoorDash and Caviar (which DoorDash now owns) over the last couple of years. While it still might offer delivery with the other partners, it'll integrate its ordering tech with Grubhub (and its Seamless service in New York). The chain will get access to performance analysis tools and trend monitoring, in addition to the Just in Time system.

In this article: burger, delivery, food, food and drink, food delivery, food-and-drink, foodanddrink, fooddelivery, gear, grubhub, seamless, shake shack, shakeshack, thebuyersguide, transportation
All products recommended by Engadget are selected by our editorial team, independent of our parent company. Some of our stories include affiliate links. If you buy something through one of these links, we may earn an affiliate commission.