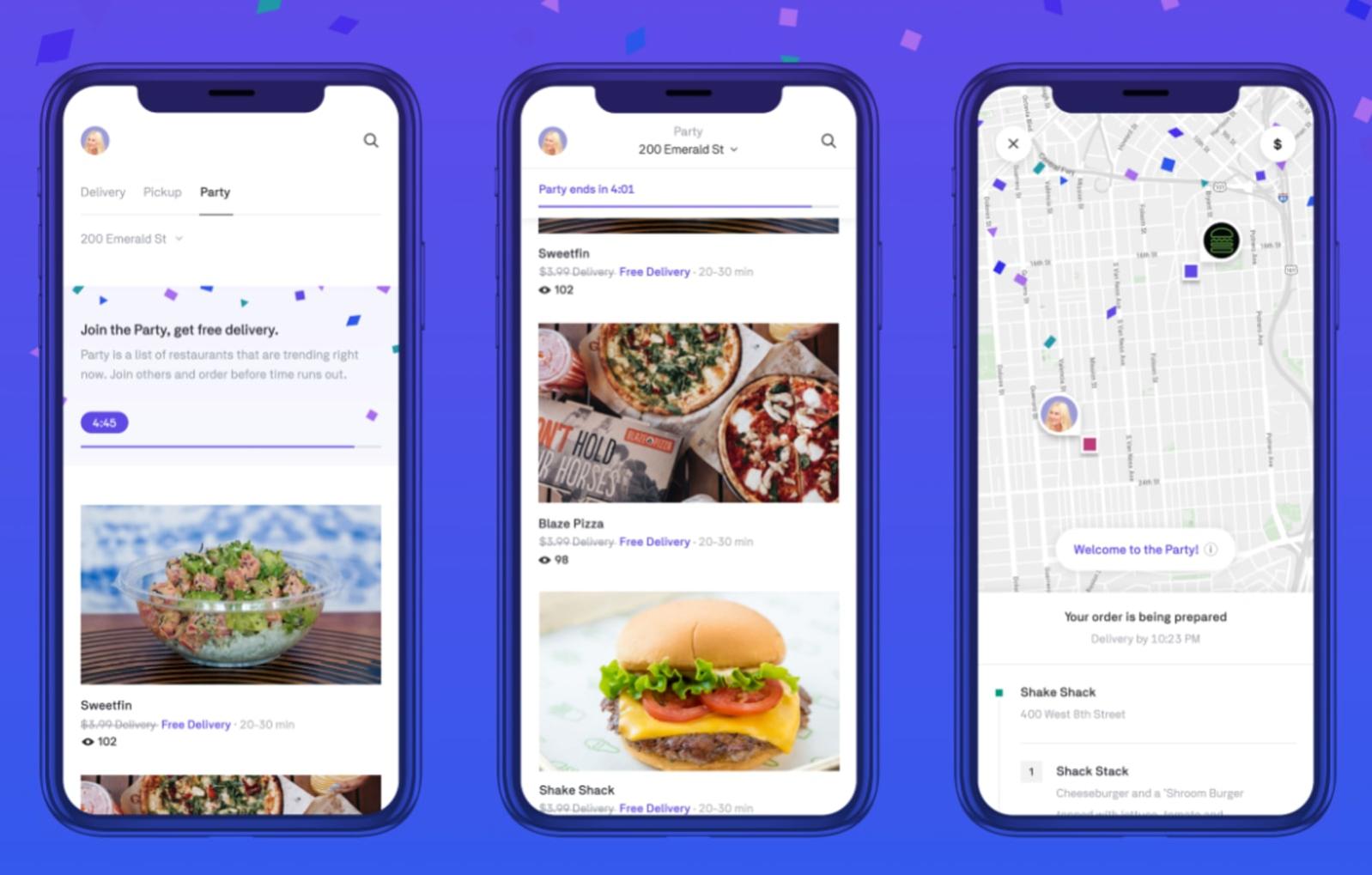 A new feature from Postmates lets people who live close to each other score free food delivery. The popular food delivery app's new "Party" feature groups together restaurant orders from customers who live in the same neighborhood. Hungry patrons can choose from a selection of trending restaurants that appear under the "Postmates Party" tab. They then have five minutes to join the "party" by completing an order at one of the select restaurants.

Postmate's delivery fee ranges from $3.99 to $5.99, so omitting it could be a powerful driver for those who see the surcharge as a wasteful expense. Drivers with multiple orders could mean longer waits, but some may see the savings as worth the inconvenience. It's unclear how omitting the delivery fee will impact Postmate drivers. Postmate drivers get paid based on a formula that takes into account the number of pick-ups and drop-offs they complete, the miles they drive, waiting time, and any tips they earn.

Postmate's Party feature is similar to the Uber Eats Pool feature that debuted back in December. It allows Uber Eats customers to share a courier in exchange for $2 off of their order (or in some cases, free delivery.)

In this article: food and drink, food delivery, food delivery apps, food-and-drink, foodanddrink, gig economy, postmates, thebuyersguide, tomorrow, transportation, uber eats
All products recommended by Engadget are selected by our editorial team, independent of our parent company. Some of our stories include affiliate links. If you buy something through one of these links, we may earn an affiliate commission.