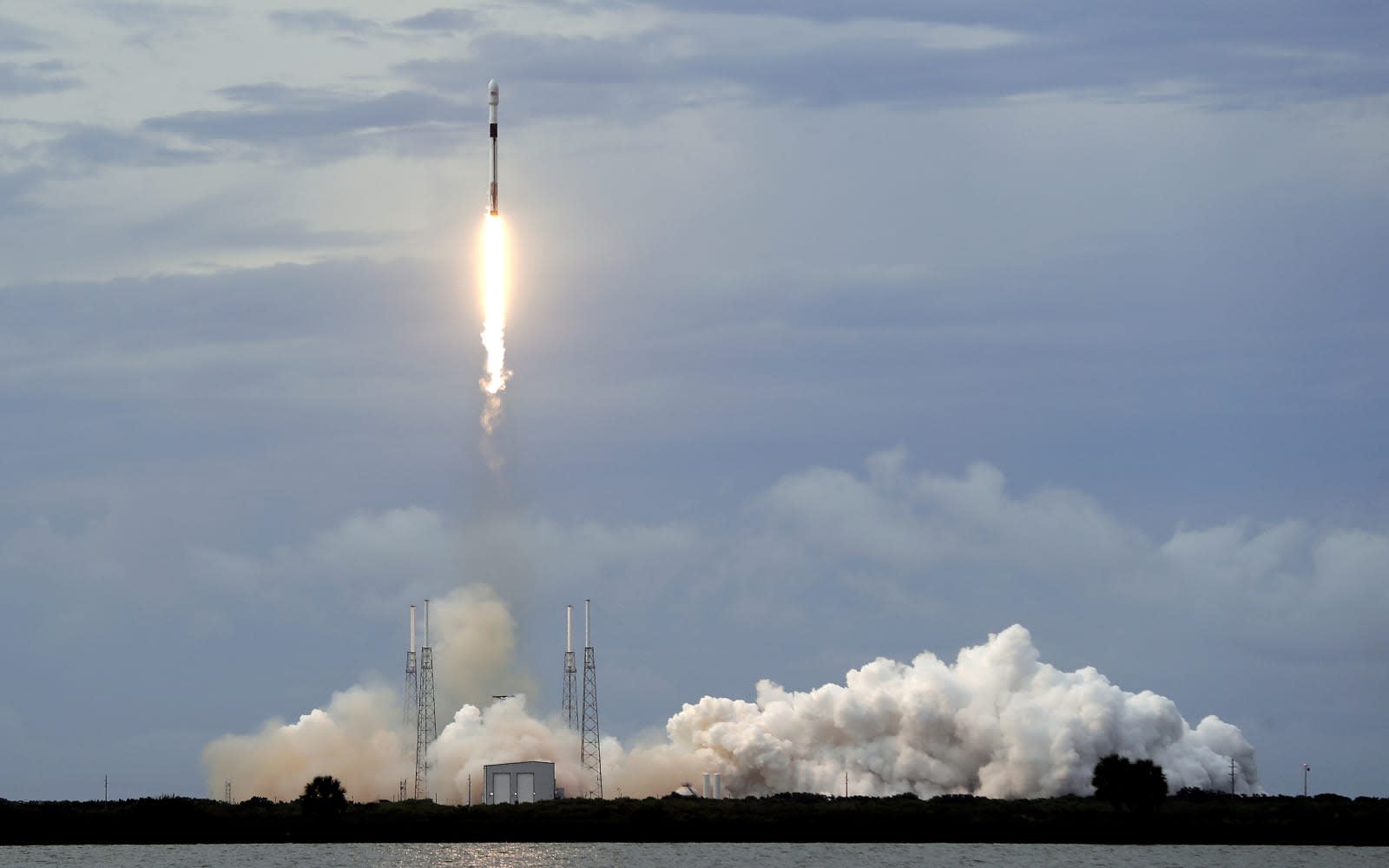 Yesterday, SpaceX successfully launched a Falcon 9 rocket from Cape Canaveral. This was the third flight for this particular Falcon 9, and its mission was to carry the AMOS-17 satellite for Spacecom. While you can watch the full launch stream here, one of the most exciting parts of yesterday's event came as a tweet from Elon Musk. He shared a quick video of a SpaceX ship catching the rocket's fairing in a net as it fell from space.

The fairing is used to shield the rocket during takeoff, but once it leaves the atmosphere, the fairing splits in half and falls to Earth. SpaceX plans to catch the fairing pieces, which are meant to fall over the Atlantic. In trial runs, the company dropped the fairing from a helicopter, and as we saw then, the net didn't always make the catch.

SpaceX managed to successfully catch a fairing following a launch last month, and this is the first time we've seen what that looks like. As TechCrunch has pointed out, this is a victory for SpaceX, which plans to reuse the fairings. Musk previously said the company essentially throws away $6 million every time a fairing crashes into the ocean. SpaceX competitor Rocket Lab plans to catch its first-stage engines with helicopters, but we haven't seen it do so quite yet.

Update 8/7/2019 12:55PM ET: The story originally said Rocket Lab would catch its fairings with helicopters. It's been corrected to reflect that Rocket Lab will collect its first-stage engines, not its fairings.

In this article: amos 17, catch, elon musk, fairing, falcon 9, gear, launch, net, ocean, recovery, satellite, ship, space, spacex, tomorrow
All products recommended by Engadget are selected by our editorial team, independent of our parent company. Some of our stories include affiliate links. If you buy something through one of these links, we may earn an affiliate commission.