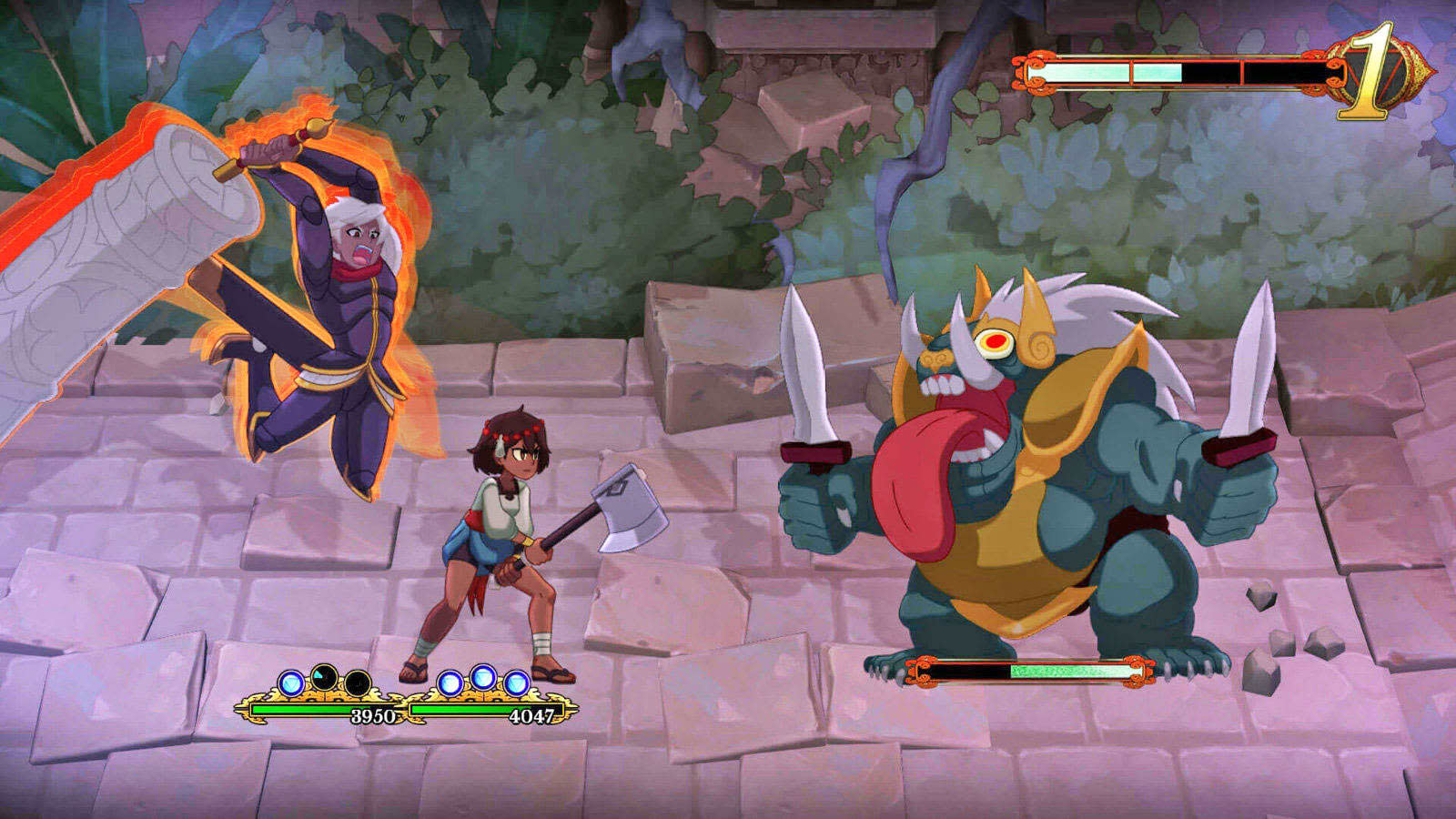 Cuphead isn't the only hand-drawn game to have a years-long birthing process. Lab Zero and 505 Games have announced that their action RPG Indivisible will reach PCs (via Steam), the PS4 and Xbox One on October 8th. The Switch version is "coming soon," the team added. Whichever version you play, you'll get the same meticulously animated visuals and elaborate backgrounds, plus a fast-paced action RPG mechanic that involves absorbing "Incarnations" that can fight alongside you.

The game took a long, winding road to get to where it is now. Indivisible was announced by Skullgirls creators Lab Zero in 2015, and got its start with a hybrid crowdfunding strategy -- so long as Lab Zero met its $1.5 million funding target, publisher 505 Games would offer the rest. It achieved its goal after an initially shaky campaign. Development after that was protracted, to put it mildly. The developers had announced the campaign with a January 2018 target date, but the title wasn't really playable until 2019. There have been many trials and tribulations, then, but it's proof that projects like this can survive in the face of daunting odds.

In this article: 505 games, action rpg, av, crowdfunding, games, gaming, indivisible, lab zero, lab zero games, personal computing, personalcomputing, ps4, rpg, switch, video, video games, xbox one
All products recommended by Engadget are selected by our editorial team, independent of our parent company. Some of our stories include affiliate links. If you buy something through one of these links, we may earn an affiliate commission.