'Cuphead' is as wondrous as it is difficult

It’ll give you finger blisters, but you’ll love it anyway.

Cuphead is a flashback in many ways. It hearkens back to the classical, hand-drawn animation style of the 1930s. And it's reminiscent of 2D, 8-bit-era platformers that were so tough, they wanted to make you throw your controllers against the wall. Those are both reasons I can't wait to play the rest of the game when it finally hits the Xbox One and Windows PCs on September 29th.

Just take one look at Cuphead's gorgeous hand-drawn art style and you'll understand the hype. First-time indie developer Studio MDHR created a game that's as detailed and fluid as classic Disney cartoons. And it has that hint of magic that you can only get from traditional, non-CG animation. It's also a dream to play, with controls reminiscent of Contra and other extremely difficult 2D side scrollers. Simply running around and shooting enemies feels great -- and that's a good thing, since you'll be doing a lot of it.

You've got a variety of weapons to choose from, a dash-move for getting out of danger quickly, and you can also parry any pink-colored object by jumping off of them at just the right time. The vast majority of Cuphead is made up of elaborate boss fights -- and I really mean elaborate.

The bosses, and their accompanying stages, feature some of the most unique designs I've ever seen in a video game. But you won't have much time to drink in the gorgeous visuals before the bosses start filling up the screen with deadly projectiles. While there are attack patterns you'll have to learn, you'll still have to keep your wits about you for some randomized changes. Cuphead is the sort of game where you should expect to die -- a lot.

Thankfully, the game gives you a few different difficulty levels to help you get your bearings. A beautiful overworld map connects all of the different boss battles, and you can also interact with other characters there. Cuphead also features a handful of platforming stages, which should evoke plenty of classic gaming nostalgia.

In addition to playing through the game solo, you can also have a friend join you in co-op mode. That's something we don't typically see in games today, and it brought back memories of sitting on the couch for hours on end when I was a kid. 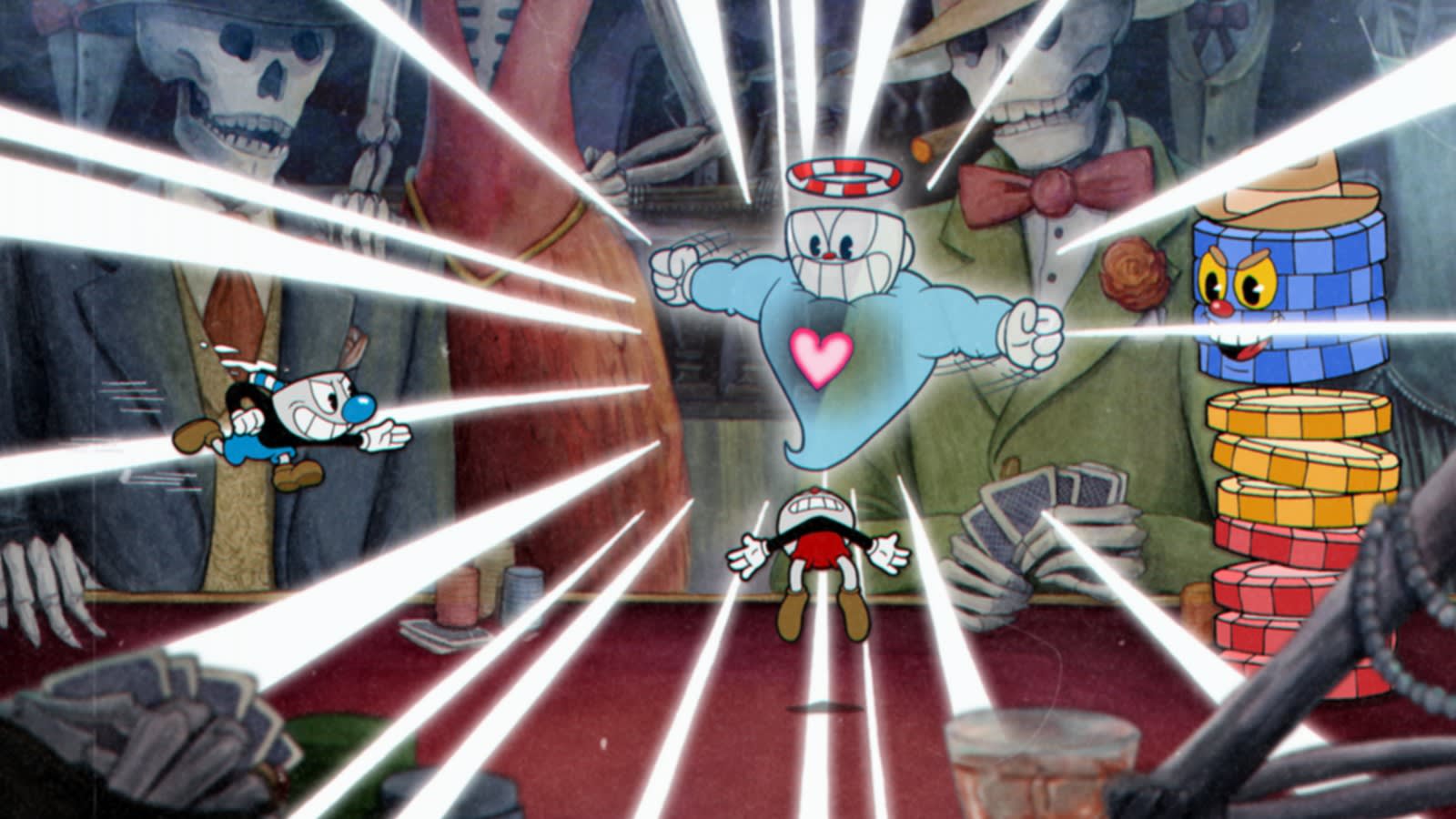 In fact, co-op mode seemed like the ideal way to confront some of Cuphead's more nefarious boss battles. It's extremely helpful to have someone cover your back. If one of you dies, your partner can also save you at the last minute by parrying your ghost before it flies offscreen. You only come back with a single health bar, but at least it keeps you in the game.

Although I only had a short amount of time with Cuphead, I'm eager for more. But then again, I've been dying to play it since Studio MDHR gave us our first glimpse back in 2014. Like No Man's Sky before it, Cuphead built up an insane amount of buzz over the years -- so much so, that I was worried it couldn't possibly meet my expectations. I certainly wasn't disappointed with my first taste of the game, but as astounding as Cuphead looks, it's also sometimes frustrating to play because it's so difficult. It's not unfair, but there are certainly points where you'll want to give up in frustration. Like any great side-scroller, though, if you invest the time you'll get better at it.

You owe it to yourself to buy Cuphead -- it simply doesn't look like any game we've had before. And while it might be tough, it's ultimately a rewarding experience.

All products recommended by Engadget are selected by our editorial team, independent of our parent company. Some of our stories include affiliate links. If you buy something through one of these links, we may earn an affiliate commission. All prices are correct at the time of publishing.
View All Comments
'Cuphead' is as wondrous as it is difficult