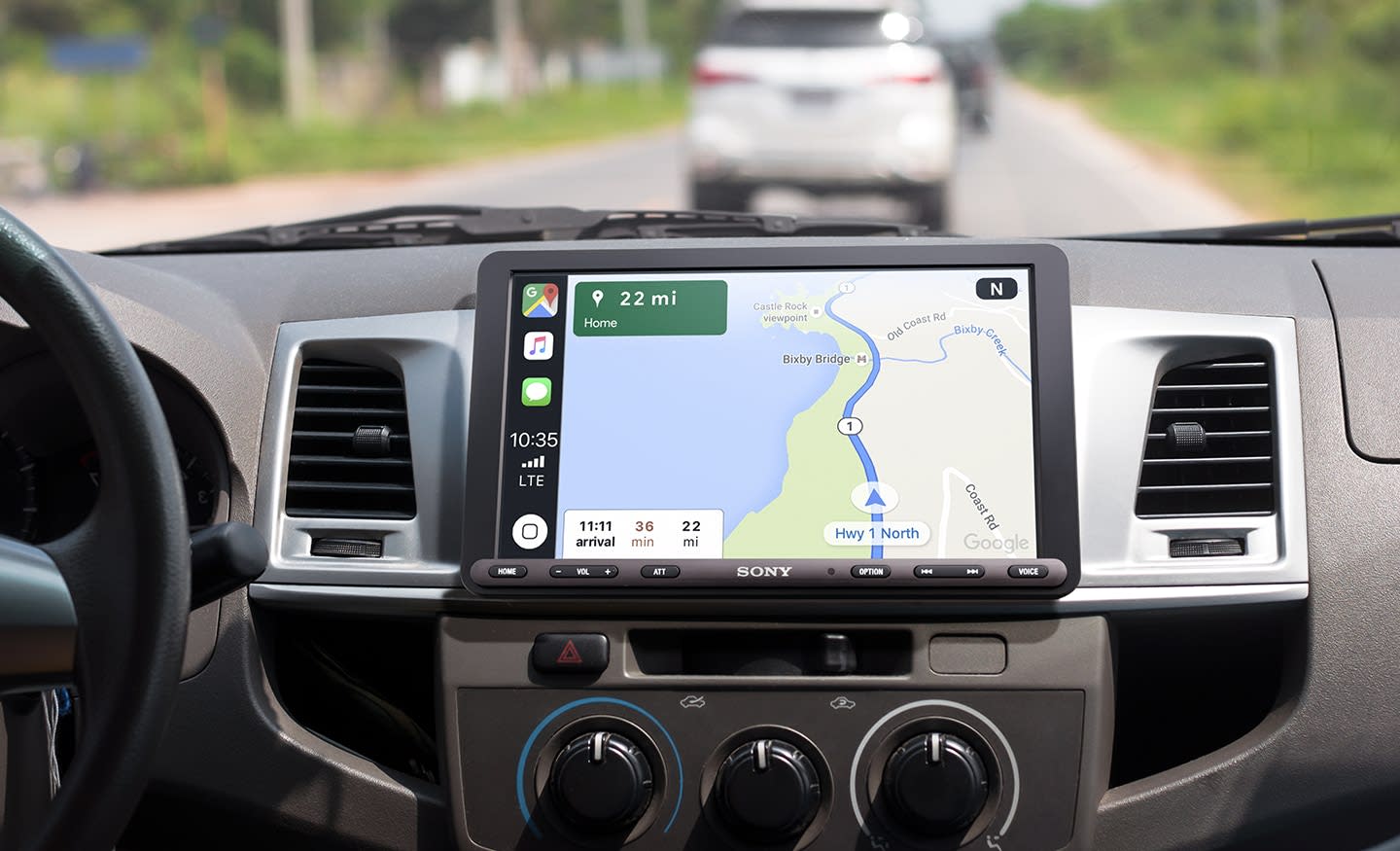 Just in time to take advantage of significant Android Auto updates and upcoming CarPlay enhancements in iOS 13, Sony has announced an updated version of its XAV-AX5000 in-car receiver. In a change from its predecessor, the XAV-AX8000 allows drivers to add a floating touchscreen display to their car. Moreover, the 8.95-inch WVGA display is both bigger and requires only a single DIN space to install, making it easier to install in a wider variety of cars. This new assembly allows the display to tilt, as well as adjust its height and depth. In this way, Sony makes it possible to add a big, spacious display to a car that normally wouldn't have one. 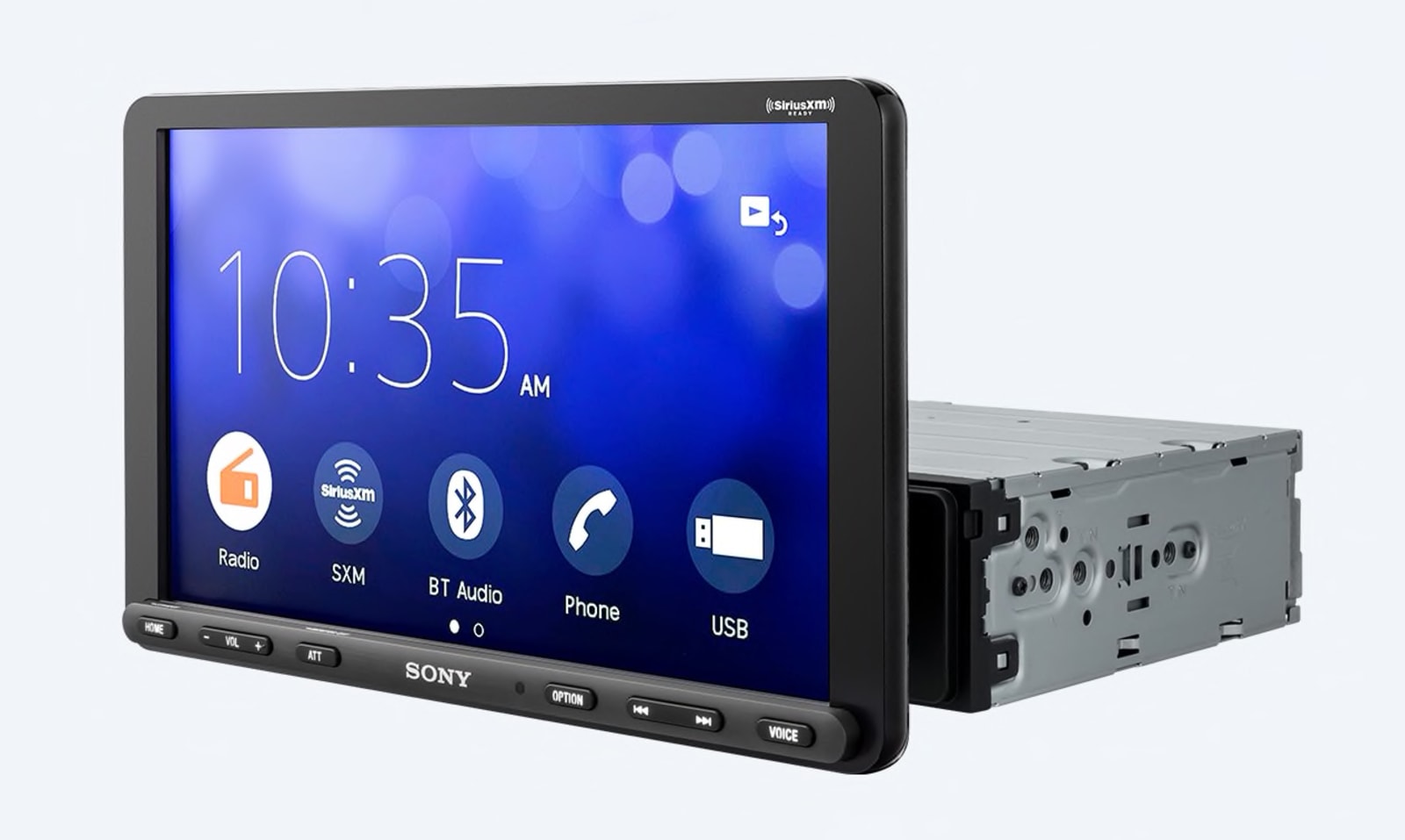 Out of the box, the XAV-AX8000 will feature support for both CarPlay and Android Auto through USB, with hands-free voice control on both platforms. In a post-launch firmware update, Sony also plans to add support for Abalta's WebLink platform. WebLink allows Android and iOS users to stream select smartphone apps to their car's infotainment display. In this way, drivers can safely interact with apps, including ones like YouTube, that aren't offered by Apple and Google through CarPlay and Android Auto. The tradeoff is that the experience is almost certainly less polished than either first-party option from Apple and Google.

On the audio front, the XAV-AX8000 features built-in 4 x 55W amplification, as well as Bluetooth connectivity for audio streaming, with support for the SBC and AAC audio codecs. If you own a car with a rear-facing camera, the XAV-AX8000 can connect with that as well.

At first glance, $600 seems like a lot to pay for an after-market infotainment system. However, Sony's new receiver is significantly less expensive than the similarly specced Alpine iLX-F309 Halo 9, which has a $1,000 MSRP. Sony plans to release the XAV-AX8000 in the US this December.

In this article: android auto, apple, av, car receiver, car stereo, carplay, gadgetry, gadgets, gear, google, sony, transportation, XAV-AX8000
All products recommended by Engadget are selected by our editorial team, independent of our parent company. Some of our stories include affiliate links. If you buy something through one of these links, we may earn an affiliate commission.