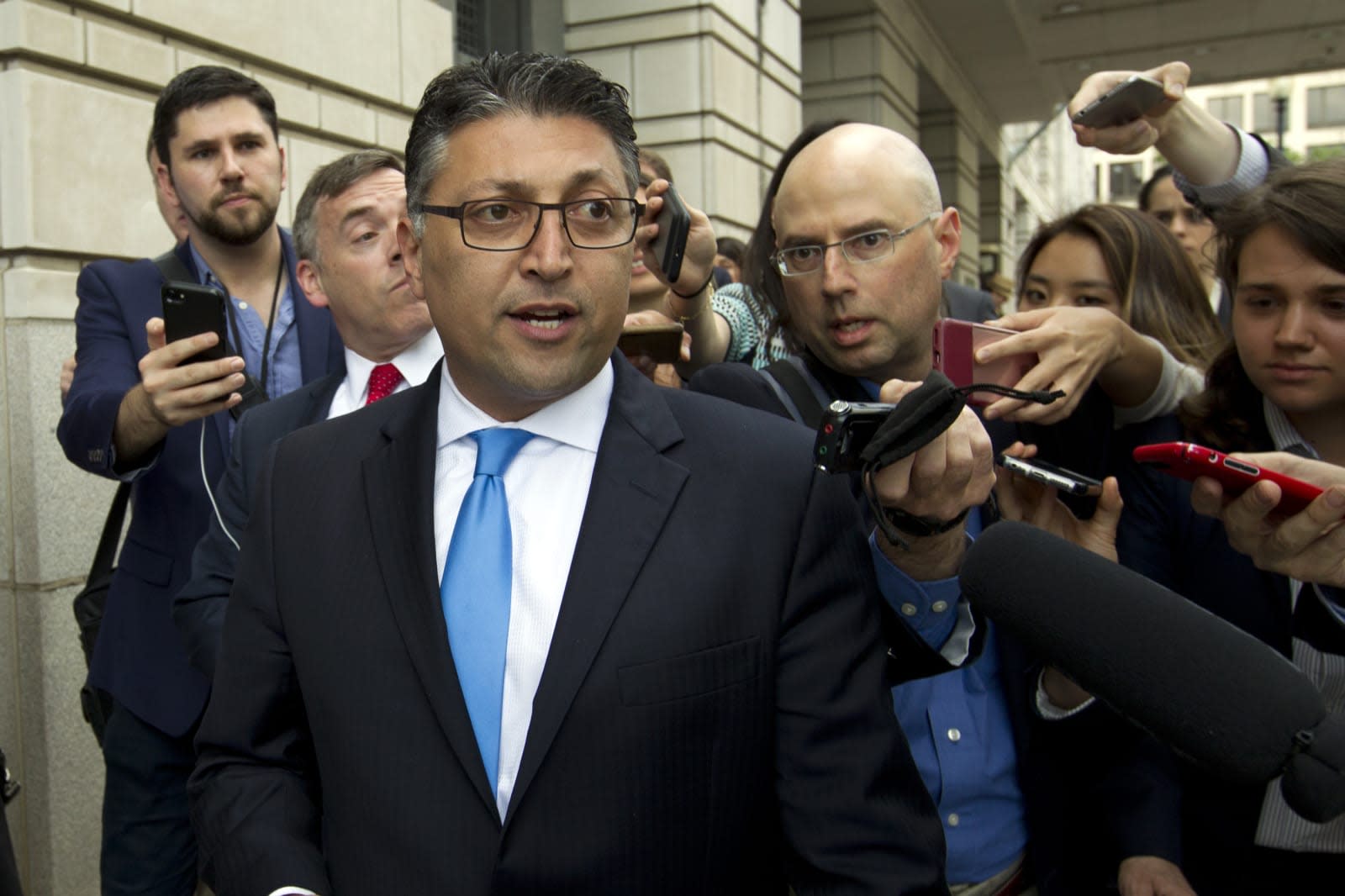 The Justice Department's antitrust leader doesn't see big tech as inherently bad, but he's still content to investigate potential wrongdoing. Division chief Makan Delrahim told guests at a Colorado tech policy conference that the DOJ was working with state attorneys general on investigations of the market influence of tech companies. He added that he didn't think the laws had to change "at this time" to pursue any possible cases, arguing that current laws were "quite flexible" and allowed "timely and aggressive enforcement."

The statement came weeks after the DOJ launched a sweeping review of competition in tech, and mere hours after Wall Street Journal sources claimed a group of states were pursuing a joint antitrust investigation of their own. It's not certain if these particular campaigns will be linked, but it wouldn't be surprising if there was cooperation.

The DOJ's strategy is fairly clear, at least. Delrahim said his team was examining not just effects on pricing, but also innovation and quality. Officials will want to see if heavyweights like Amazon, Apple, Facebook and Google are making it unnecessarily difficult for bolder rivals to get off the ground. Although there's no guarantee the DOJ will take action, the mere threat of it places tremendous pressure on the tech world to change its ways. There are already signs that companies like Apple are prepared to change their ways if they can escape legal trouble.

In this article: amazon, antitrust, apple, department of justice, doj, facebook, gear, google, internet, justice department, microsoft, politics, regulation
All products recommended by Engadget are selected by our editorial team, independent of our parent company. Some of our stories include affiliate links. If you buy something through one of these links, we may earn an affiliate commission.