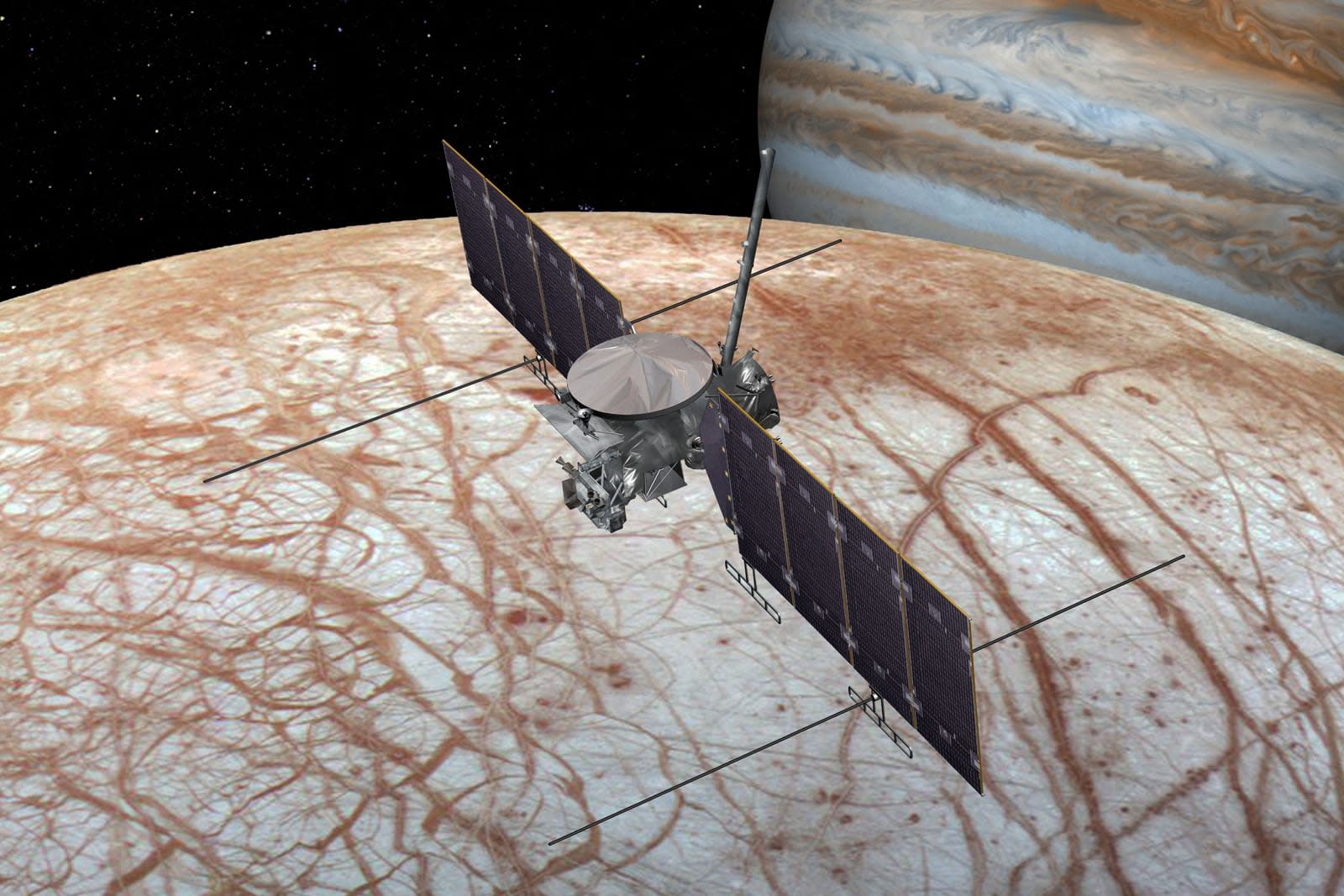 NASA has been talking for years about sending a probe to Europa, and now it's locking down those plans. The agency has confirmed the next phase of its Europa Clipper mission, which will send a spacecraft to the Jovian moon to determine if it could support life. The move allows progress toward finishing and testing a final design for the spacecraft. The administration is developing for a 2023 launch target to ensure a "cost-effective" process, but it's prepared to launch as late as 2025.

Researchers first presented their proposal to NASA in 2017, revealing a boxy lander that would study both the surface and what's below. The team didn't need confirmation of the mission to get started -- there have already been tests for its data antenna.

The moon is potentially the best candidate for life in the Solar System beyond Earth. Europa has a crust covered in water ice (there's even evidence of sea salt). If there's a corresponding water ocean underneath the surface, NASA might find evidence of life -- even if it's just the remnants of an earlier era. Clipper could also help determine the viability of human exploration of Europa, although any prospect of that is many years away.

In this article: astrobiology, clipper, europa, europa clipper, exobiology, jupiter, nasa, probe, science, space, tomorrow, gear
All products recommended by Engadget are selected by our editorial team, independent of our parent company. Some of our stories include affiliate links. If you buy something through one of these links, we may earn an affiliate commission.