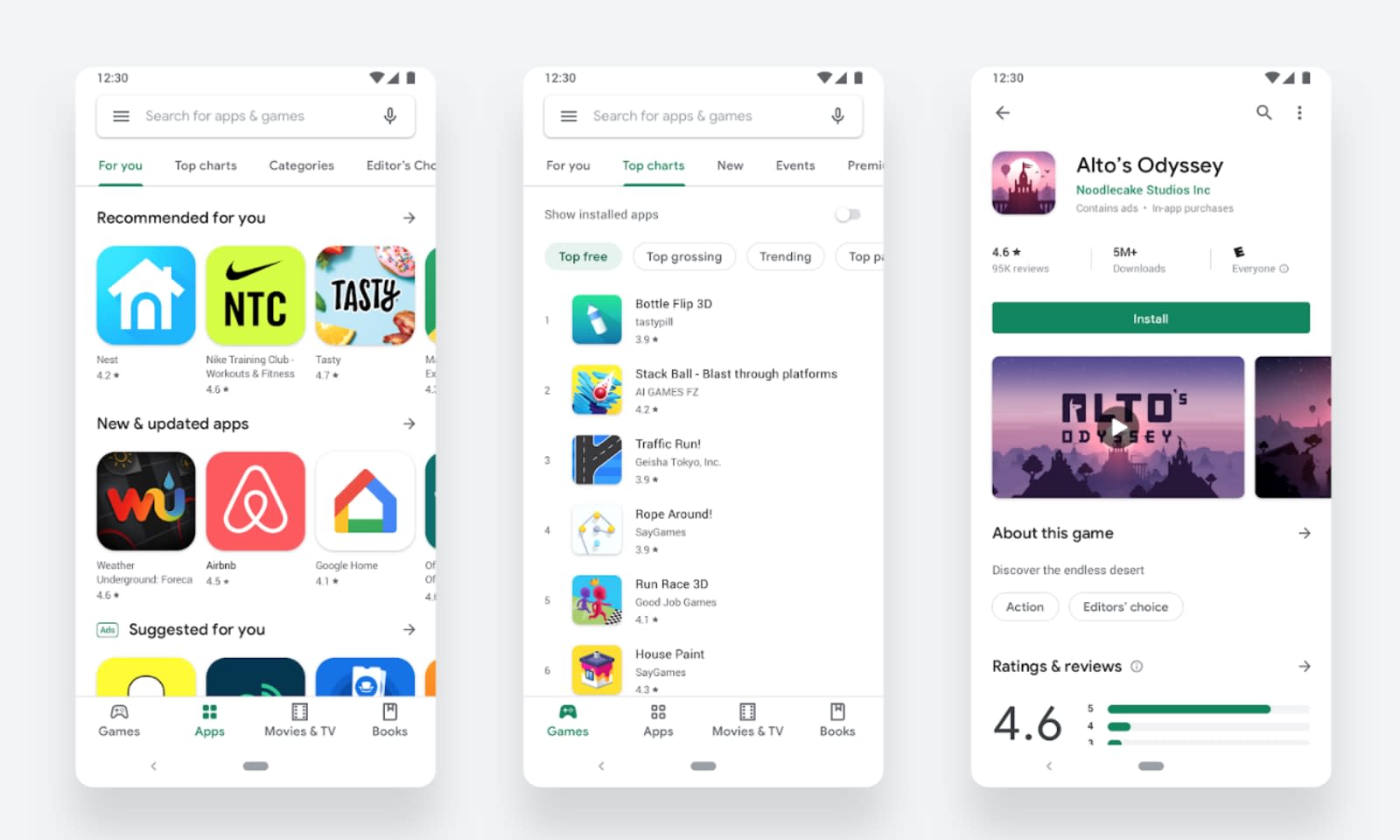 The go-to destination for Android apps has undergone some changes. Google announced today that it has rolled out a visual redesign of the Google Play Store. The refreshed interface should make hunting for apps easier for the app store's two billion monthly active users. Especially if you're a player of mobile games.

Google Play has made other recent changes to accommodate gamers. It recently launched a new landing page for game developers, filled with guides, tools and other resources. Last year, it opened up Instant App tech to mobile games, which allowed Android users to play games before purchasing them.

Along with apps and games, there are also separate categories for movies as well as books. This change will make it easier for users to find top-grossing titles by type of entertainment. Users who access the Play Store using a mobile device will also notice a new navigation bar at the bottom. There's also a new left navigation on tablets and the Chrome OS.

The possibility of a redesign for the Google Play Store has been in the works for a while, but now it's official. "To improve the overall store experience, we're excited to roll out a complete visual redesign. Aligning with Material design language, we're introducing several user-facing updates to deliver a cleaner, more premium store that improves app discovery and accessibility for our diverse set of users," wrote Google Play's Boris Valusek in a blog post.

In this article: gadgetry, gadgets, gaming, google, google play, mobile, mobile games
All products recommended by Engadget are selected by our editorial team, independent of our parent company. Some of our stories include affiliate links. If you buy something through one of these links, we may earn an affiliate commission.