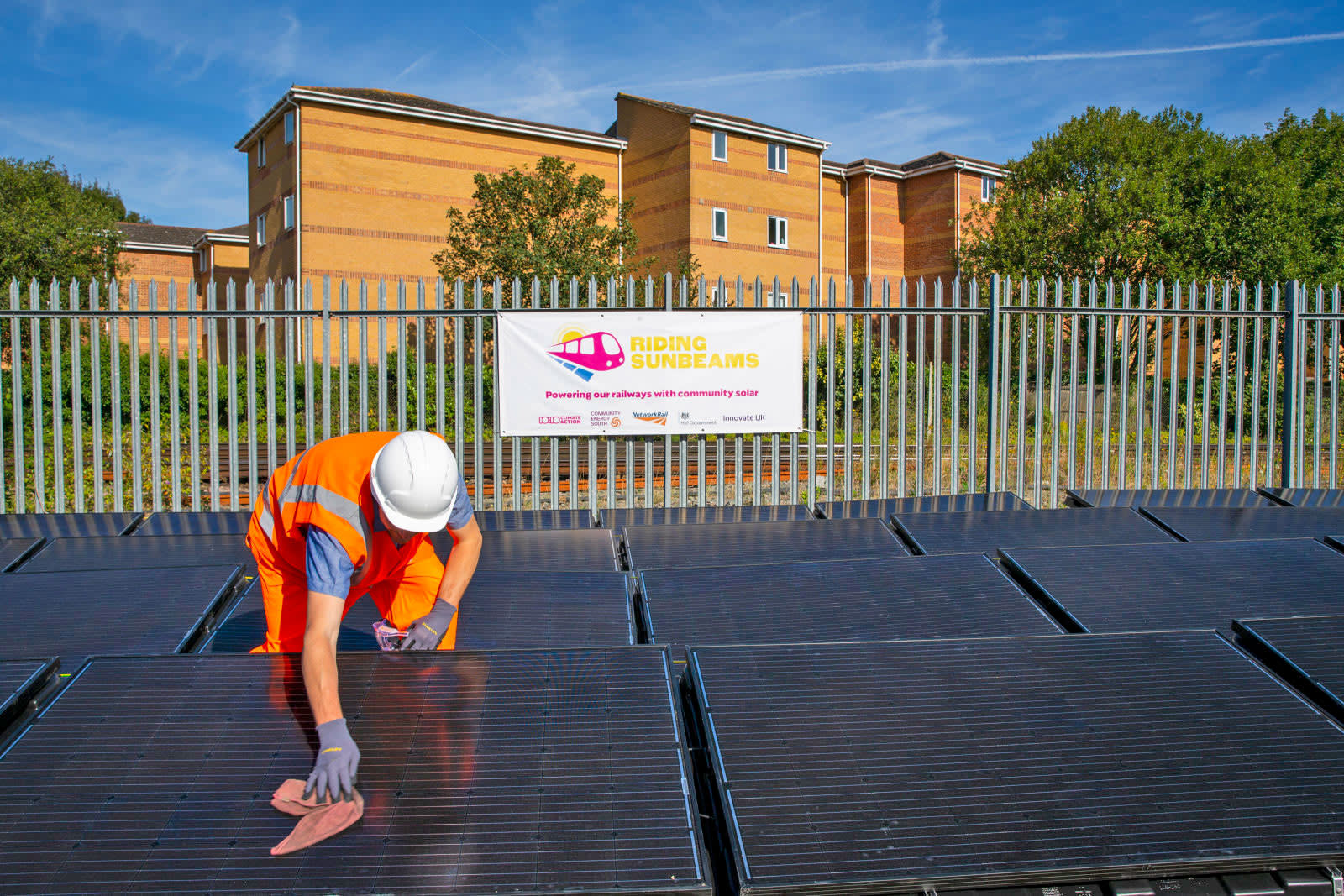 Some trains in the UK are now running on a rail line powered entirely by a solar farm in what's said to be a world first. Around 100 panels are keeping the signaling and lights up and running on the track near Aldershot in Hampshire, and the project could be a precursor to solar-powered trains on the nation's network.

Several UK train stations already run on solar. Network Rail, which manages most of the railway infrastructure on the British mainland, has earmarked billions of pounds to electrify rail lines, and aims to do so with solar power if the pilot project is successful. The UK government aims to eliminate the use of diesel on the rail network by 2040.

Those behind the solar project told the Guardian the renewable energy could power 20 percent of the Liverpool Merseyrail network and 15 percent of commuter lines in Kent, Sussex and Wessex as well as solar trains in Edinburgh, Glasgow, Nottingham, London and Manchester. Along with being a greener form of power than diesel, the solar farms could supply cheaper power than electricity from the natural grid, which would reduce costs for railways.

The UK wouldn't be the first country to have solar-powered trains. More than 250 are in service in India with panels on their roofs. The subcontinent plans to establish trackside solar farms and Indian Railways hopes to have the first entirely green railway network in 10 years. Meanwhile, some UK trains are being refitted to run on hydrogen tanks and fuel cells.

In this article: gear, green, india, network rail, networkrail, railway, renewable energy, renewableenergy, solar, solar farm, solar power, solarfarm, solarpower, train, transportation, uk
All products recommended by Engadget are selected by our editorial team, independent of our parent company. Some of our stories include affiliate links. If you buy something through one of these links, we may earn an affiliate commission.