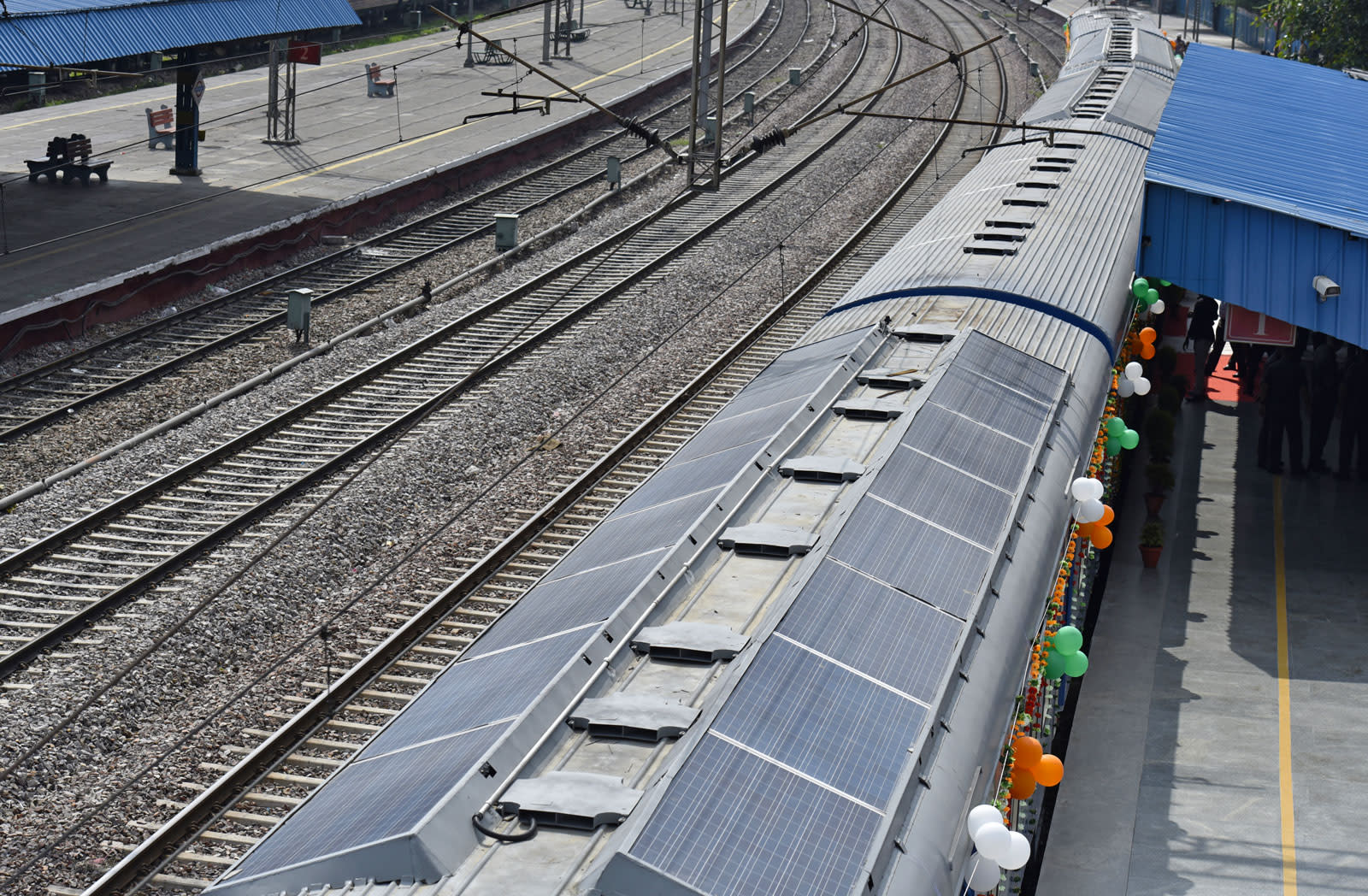 India's diesel-powered train network has a new kid on the block. The gas-guzzling Indian Railway system has just debuted its first solar-powered train, called the Diesel Electric Multiple Unit (DEMU). It will operate in the city of New Delhi.

Placement of the solar panels on the train car was challenging. Sandeep Gupta, Vice Chairman and Managing Director of Jakson Engineers Limited (the company that produced and installed the solar panels) told Business Standard, "It is not an easy task to fit solar panels on the roof of train coaches that run at a speed of 80 km per hour." The panels feed into an onboard battery that can store surplus power.

The train will still be pulled by a diesel locomotive; the solar panels will only power passenger comfort systems, such as lights, information displays and fans. Even so, Indian Railways estimates that just one train with six solar-panel equipped cars will save 21,000 liters (5,547 gallons) of diesel fuel per year, at a cost savings around Rs12 lakh (almost $20,000).

Indian Railways is the largest rail network in Asia, running around 11,000 trains daily. The service moves roughly 13 million passengers every day. That translates to incredibly large fuel bills; in 2015, the service spent Rs16,395 crore ($2.5 billion) on diesel. They've been trying to reduce their fuel consumption, in part by more reliance on solar energy; the hope is that it will save them Rs41,000 crore ($6.31 billion) over the next 10 years.