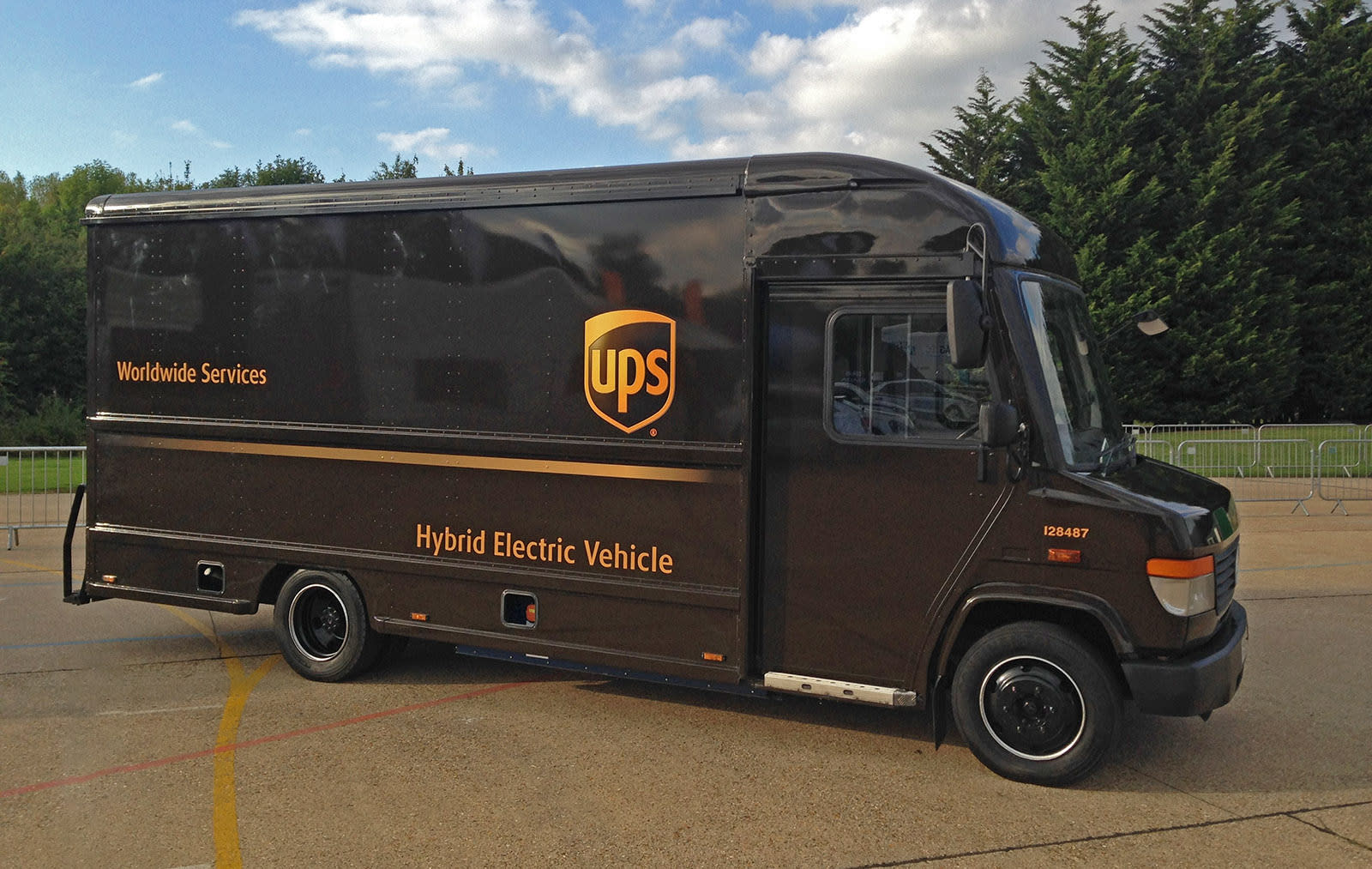 UPS has unveiled hybrid electric trucks that not only quadruple the range of previous vehicles, but automatically switch to battery-only mode in UK cities and clean-air zones. On top of that, the trucks (built by EV startup Tevva) will have the same cargo capacity as like-sized diesel trucks. The aim, said UPS and Tevva, is to get ready for the UK's strict "Net Zero" laws that will completely cut CO2 emissions by the year 2050.

Most eight ton electric vehicles can only go around 60 miles, which is often not far enough to get from suburban delivery depots to city centers and back. However, Tevva's new diesel-electric hybrid has a much longer combined range of up to 250 miles. That's married with geofencing technology, which switches it to pure electric mode at predetermined borders for cities or ICE-free zones. When the truck leaves those zones and hits the highway, the system automatically switches on a small, efficient diesel motor to recharge. (That's not unlike how Chevy's discontinued hybrid Volt works, by the way.)

The fact that it's still polluting on highways isn't ideal, but it's a decent stopgap until EV batteries become cheaper and more energy-dense. UPS's UK division has taken delivery (as it were) of 15 of the vehicles, and will deploy them in Southampton and Birmingham to start with.

In this article: Cities, ClimateChange, gear, Geofencing, GlobalWarming, hybrid-electric, Range, REEV, TEVVA, transportation, UPS
All products recommended by Engadget are selected by our editorial team, independent of our parent company. Some of our stories include affiliate links. If you buy something through one of these links, we may earn an affiliate commission.