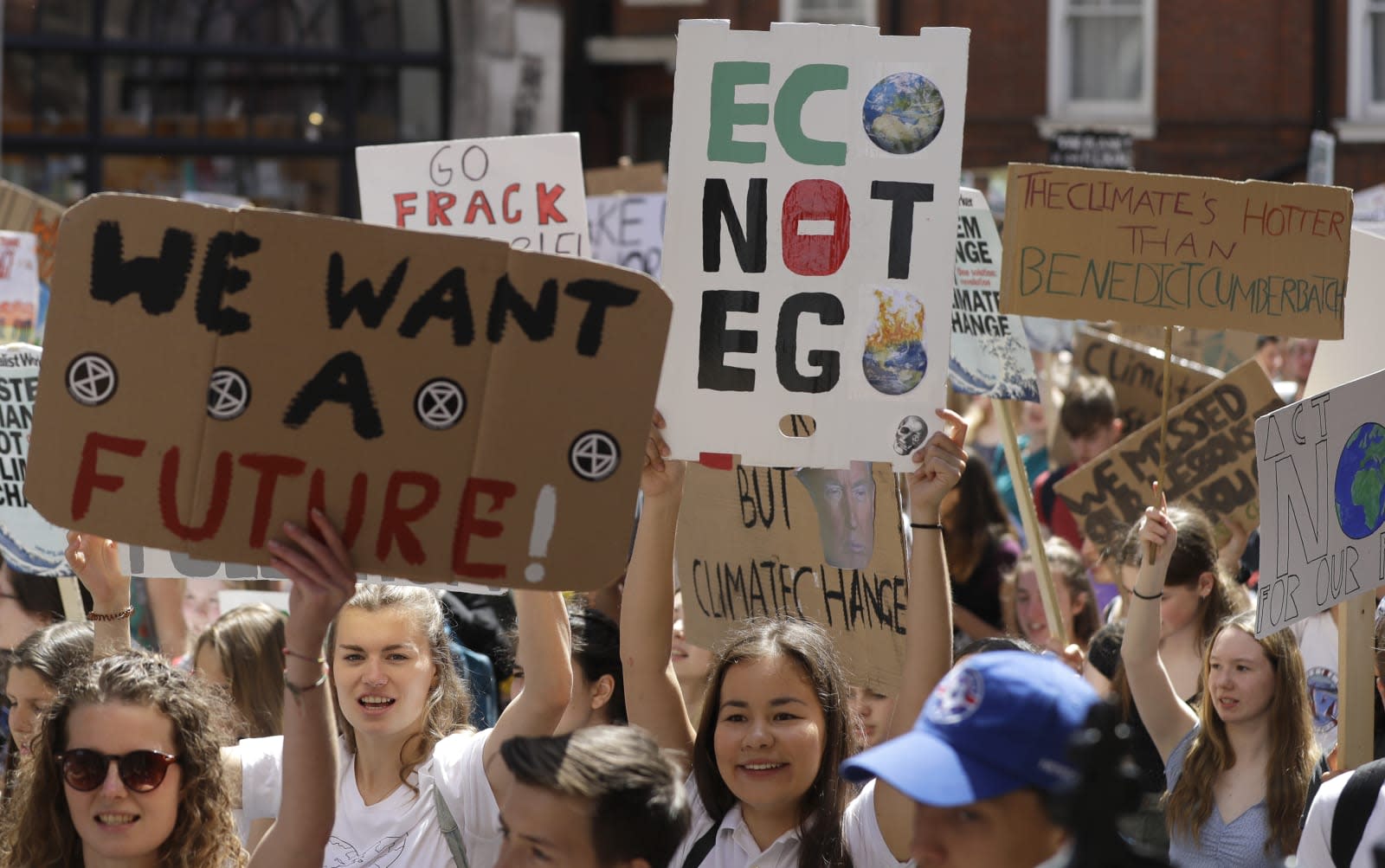 The UK is setting firmer environmental targets in the wake of large-scale climate protests. Outgoing Prime Minister Theresa May has proposed legislation that would cut greenhouse gas emissions to zero by 2050 -- the "first major economy to do so," she claimed. The country already has a law requiring an 80 percent emissions cut by that point, but this is clearly more ambitious.

The proposal doesn't include specifics on achieving that goal, but the Committee on Climate Change recently made recommendations that include staples like clean power and electric vehicles as well as CO2 capture, more efficient buildings and planting more trees.

While this is significant and could spur other countries to follow suit, there are a number of concerns with the implementation. To start, there's a requirement for a review within five years to ensure that other nations are taking "similarly ambitious action" and that UK industries aren't facing "unfair competition." If other countries drag their heels, the UK might use hat as justification for reneging on its commitment.

And while the measure appears to have broad support in Parliament, May won't be there to see it through. It's easy to make big promises if you won't be held accountable for any setbacks. It doesn't help that the British government recently hiked taxes on solar panel installations, either. How is the UK going to achieve its objectives if residents have a disincentive to adopt solar power?

There are also questions as to whether or not the goal is aggressive enough. The EU is also planning to be climate neutral by 2050, but recent scientific studies from the UN and other groups suggest climate change is worse than expected. It wouldn't help much to reach zero emissions by 2050 if there are already serious environmental problems years earlier. The UK and other countries may have to accelerate their timetables to minimize the damage, assuming it isn't too late.

Many businesses, faith leaders and climate change campaigners have written to me in support of a #NetZero emissions target.

Here's my response confirming that the UK will be the first major economy in the world to legislate for it. pic.twitter.com/xEHy58rhJY

In this article: climate, climate change, emissions, environment, gear, government, green, law, legislation, politics, theresa may, uk
All products recommended by Engadget are selected by our editorial team, independent of our parent company. Some of our stories include affiliate links. If you buy something through one of these links, we may earn an affiliate commission.