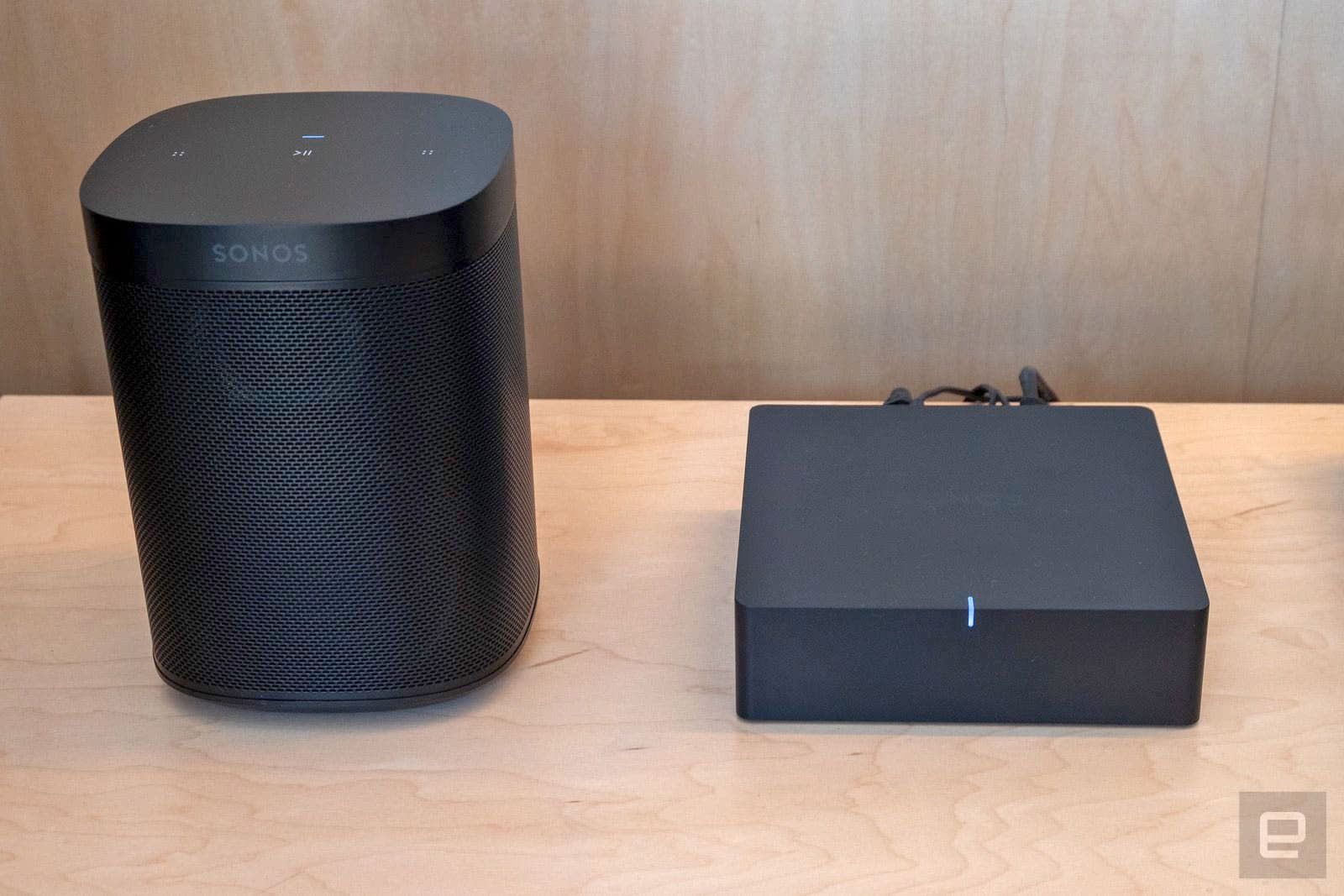 It's been about two years since Sonos released the One, its first speaker with built-in microphones for Alexa and, much later, Google Assistant support. The One was essentially an upgraded version of the Play:1, which didn't have mics. Sonos kept selling the Play:1, but its days appeared numbered with the company wasn't able to add AirPlay 2 support to the speaker when it arrived last year. Today, Sonos is officially discontinuing the Play:1 and replacing it with the One SL. That new speaker is nearly identical to the One, aside from a key difference: It has no microphones, so there's no way to use Alexa or the Google Assistant.

In a world where many people rightly don't want a voice-activated speaker that sends recordings back to Google or Amazon, the One SL makes a lot of sense. It's also a solid choice to use as rear speakers if you're building a surround sound system with a speaker like the Playbase or Beam. Rather than continuing to sell the six-year-old Play:1, replacing it with the One SL means all fo Sonos' speakers support AirPlay 2. And with newer hardware, the One SL will be able to receive more software updates and new features over time. The One SL goes on sale September 12th for $179.99 -- $30 more than the Play:1 it replaces, and $20 less than the standard One with microphones.

Sonos is also releasing a decidedly more niche product today, the Port. A relatively small, black or white rectangle, the Port hooks in to existing receivers to bring Sonos streaming music features to them. So if you already have a great pair of speakers and a receiver (for a turntable or CD player, if that's your thing), the Port will bring that setup into the future.

It also has a line-in, so you can add playback devices like that aforementioned turntable or CD player to a Sonos speaker setup -- the Port can wirelessly beam music from that line-in to any other Sonos devices on your network. Like other new Sonos products, the Port supports AirPlay 2 for direct playback from Apple devices, and it also works with Alexa and Google Assistant. The Port replaces the aging Sonos Connect and will sell for $399.99. It'll be available in "limited quantities" on September 12th, with a full global launch planned for January 2020.

The One SL and Port aren't the only new products Sonos announced today. The company also took the wraps off the Move, its first Bluetooth speaker with batteries. When plugged in, it works just like any other Sonos, but it's made to, well, move. Catch up on all the details here.

In this article: av, gear, port, sonos, sonos one, sonos one SL, sonos port, streaming music, wireless music
All products recommended by Engadget are selected by our editorial team, independent of our parent company. Some of our stories include affiliate links. If you buy something through one of these links, we may earn an affiliate commission.