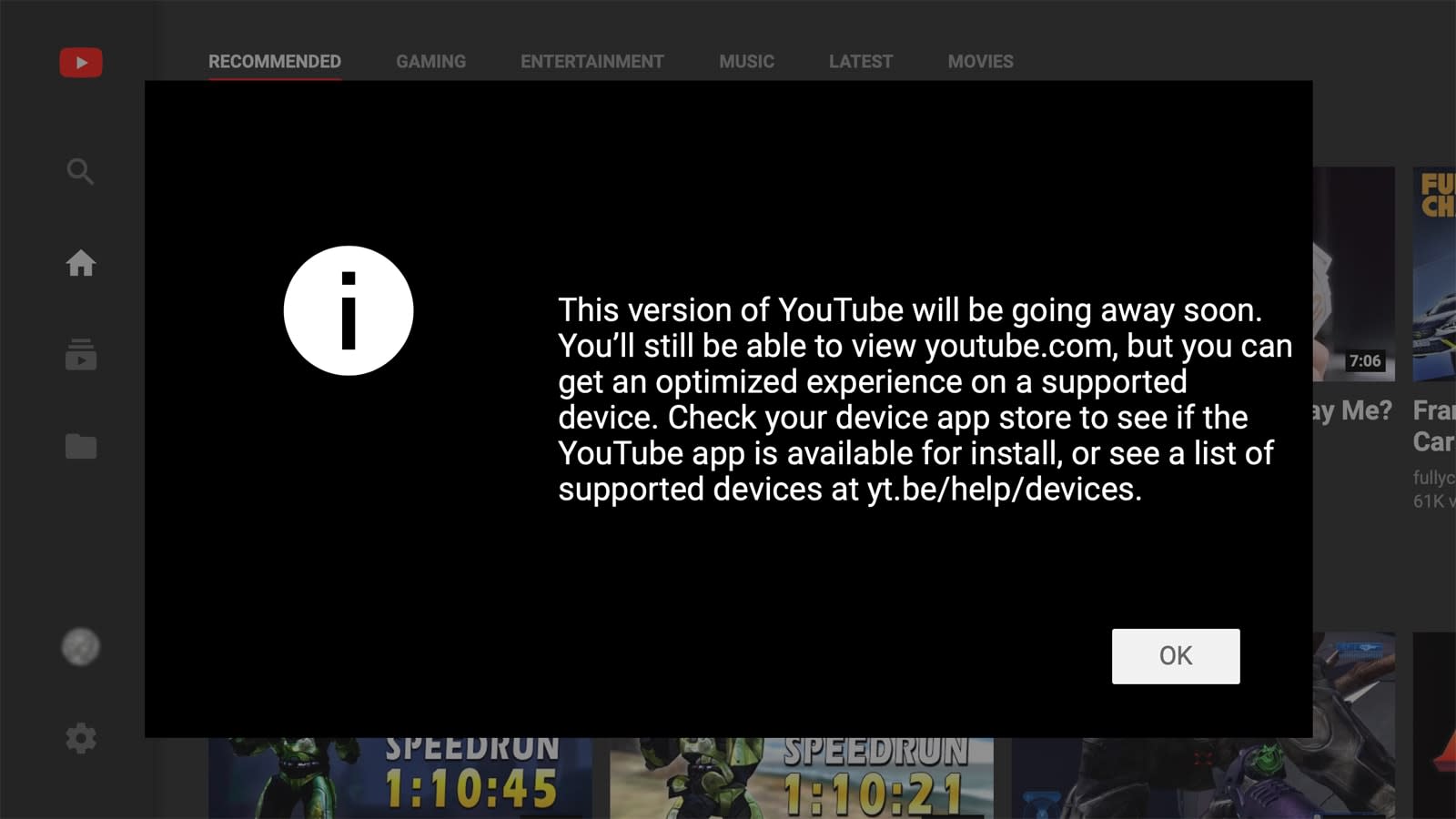 If you tend to watch YouTube using the Leanback interface on a home theater PC, you might have to scrounge for an alternative. YouTube is warning visitors to the Leanback web portal that this version "will be going away soon." This won't preclude you from watching YouTube, of course, but you'll have to turn to another device f you want an interface that's easier to navigate from across the living room.

It's not clear at this stage why YouTube might pull the web app. Android Police speculated that this could be an attempt to discourage device makers from circumventing its app through a browser. However, it could also just be a matter of shifting company resources as the web version becomes less and less necessary. Many people now have access to smart TVs, consoles and media hubs with a largely identical interface. In those cases, the web version is redundant. This could help YouTube pour more effort into native apps.

Update 9/16 1:38PM ET: YouTube declined to share more beyond confirming the shutdown, but a Variety source said the interface will shut down on October 2nd.

In this article: gear, google, internet, lean back, streaming, web, youtube
All products recommended by Engadget are selected by our editorial team, independent of our parent company. Some of our stories include affiliate links. If you buy something through one of these links, we may earn an affiliate commission.