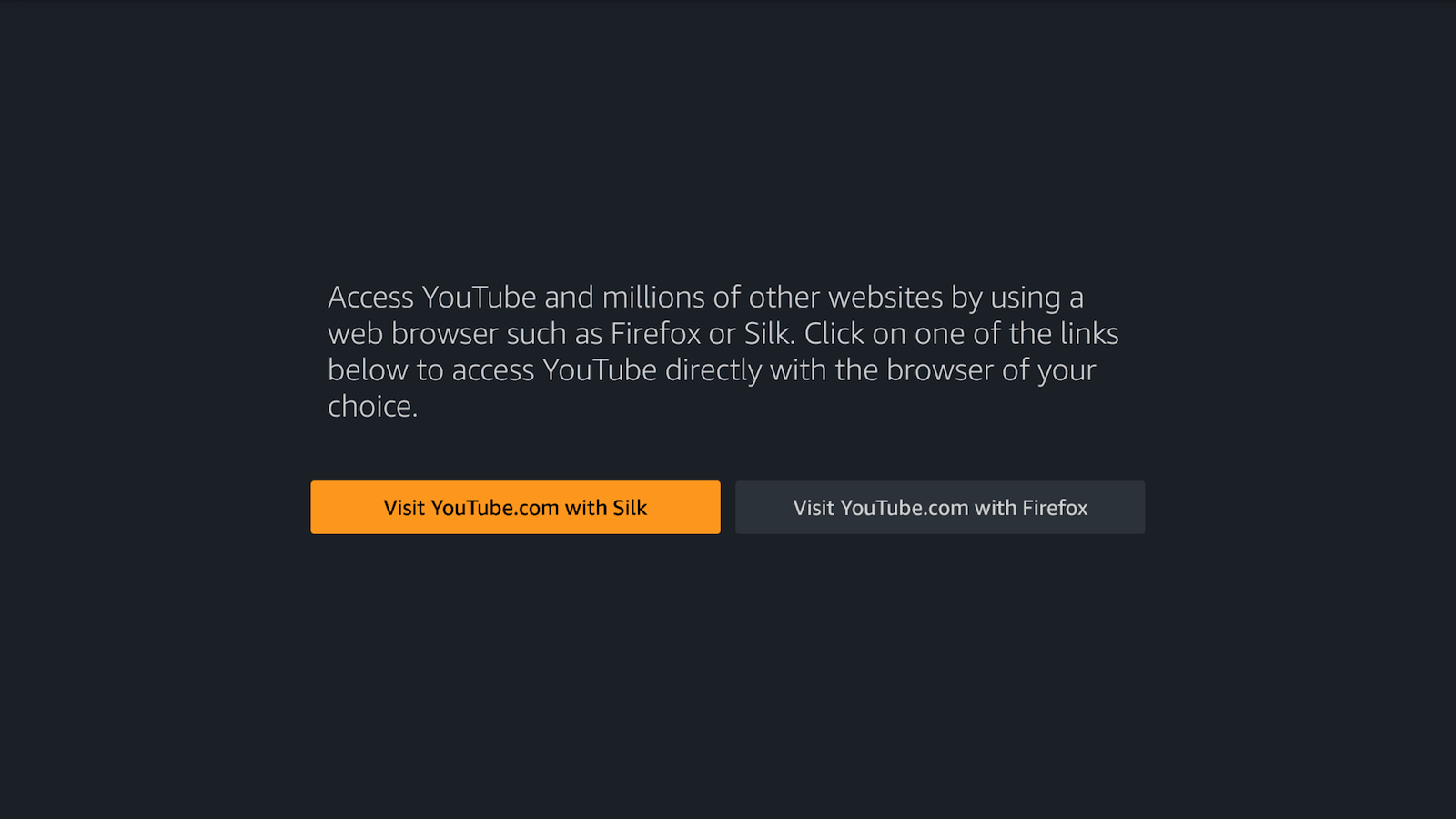 Amidst the ongoing disagreements between Google and Amazon, the version of YouTube currently accessible on Amazon Fire TVs was scheduled to be disabled starting January 1st. But TechCrunch reports that at least for some users, that appears to have happened a little earlier than expected. Quite a few Fire TV owners are reporting on Twitter and Reddit that launching the YouTube app now redirects you to a web browser.

Amazon and Google have butted heads quite a bit in recent years. Earlier this month, Google said it would pull support for YouTube on the Echo Show and Amazon Fire TV devices due to the fact that Amazon refuses to carry Google products or make Prime Video available on Google Cast and has implemented what amount to hacked versions of YouTube on the Echo Show and Fire TV devices. Shortly after that announcement, Amazon said it would be bringing Chromecast back to its retail lineup, which suggested a potential reconciliation between the two giants. But last week, Amazon added Firefox and its own Silk browser to all Fire TV devices, through which users can get to YouTube once Google pulls its app support, and reports surfaced that the company had filed multiple trademark requests for what appear to be rival YouTube sites -- the less than charmingly named Amazontube and Opentube.

It appears that not every Fire TV user is getting the same redirect, however. Cord Cutter News reports that if you don't have Silk or Firefox installed, you're still able to get to the YouTube app. And AFTVNews.com says that if you keep your device from updating to the new version of YouTube or sideload the older version, you can still access the app.

We've reached out to both Google and Amazon for comment. We'll update this post when we hear more.

Update: An Amazon spokesperson told us that, "YouTube and millions of other websites are accessible by using a web browser like Firefox or Silk on Fire TV."

In this article: amazon, av, Chromecast, EchoShow, FireTV, gear, google, internet, services, youtube
All products recommended by Engadget are selected by our editorial team, independent of our parent company. Some of our stories include affiliate links. If you buy something through one of these links, we may earn an affiliate commission.