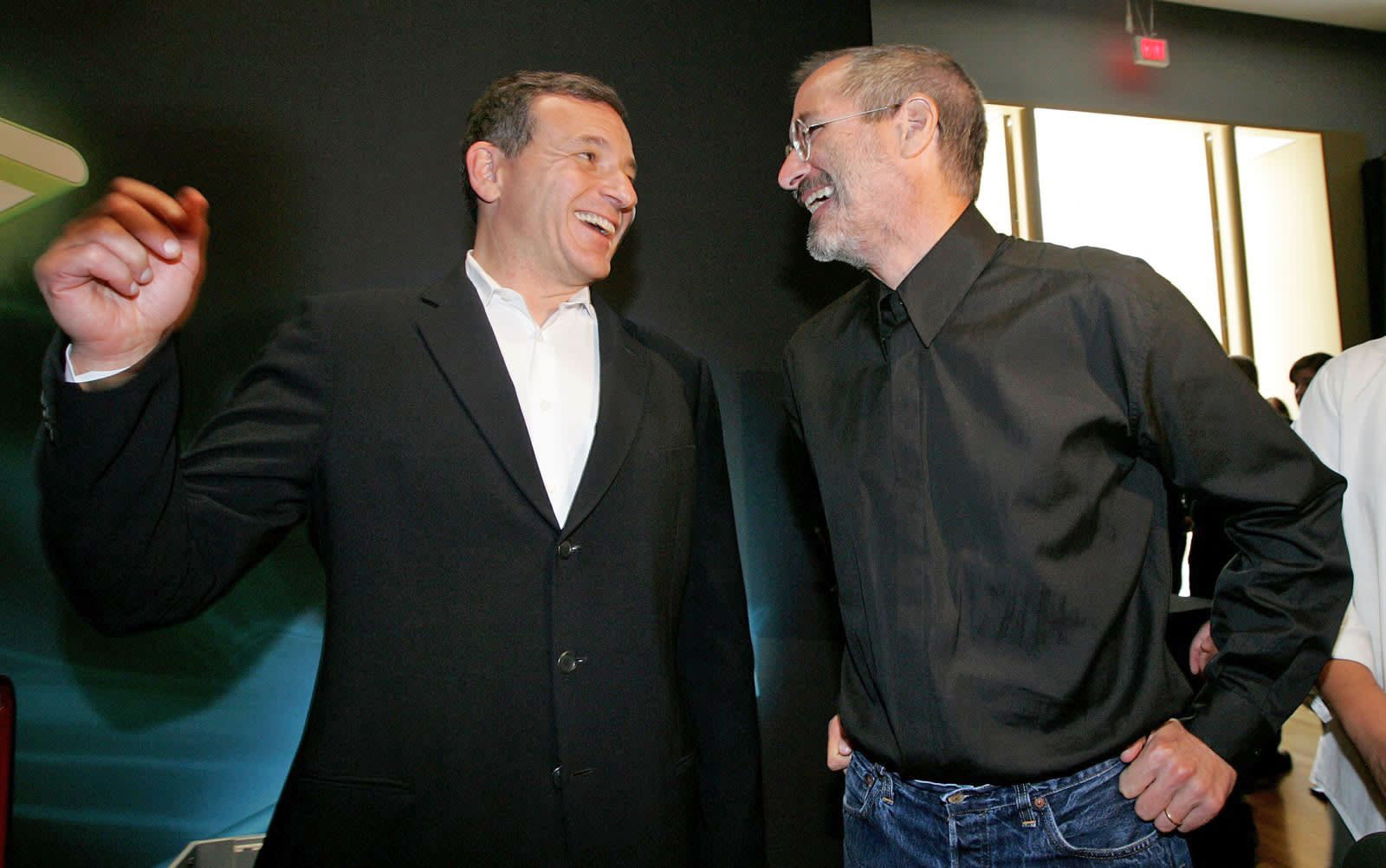 A few days ago, Disney chief Bob Iger resigned from Apple's board of directors ahead of TV+'s launch in November -- the House of Mouse, after all, is launching its own streaming service in the same month. Things may have been much different if Steve Jobs were still alive, though, because Iger believes a Disney-Apple merger would have happened (or at least seriously considered) under their leadership. Iger revealed his thoughts in a Vanity Fair article adapted from his upcoming autobiography.

Iger talked about his friendship with Jobs in the piece, telling the story of how Disney managed to acquire Pixar happened even though Jobs held a "deep-rooted" animosity toward Disney at the time. He also talked about they discussed the future of TV before the iPhone's release and how he told Jobs that he envisioned an iTunes-like platform for television.

"With every success the company has had since Steve's death, there's always a moment in the midst of my excitement when I think, I wish Steve could be here for this... I believe that if Steve were still alive, we would have combined our companies, or at least discussed the possibility very seriously," he wrote.

Iger didn't say why he chose to focus on his relationship with Jobs and Apple for his Vanity Fair piece. It may simply be one of the most compelling parts of his book, but it makes one wonder if it's because he's currently trying to make a Disney-Apple merger happen. As CNBC notes, though, an acquisition likely wouldn't get approved now that authorities have become more conscious of how big-tech mergers are being viewed as anti-competitive. The companies are much too large at this point, with Apple valued at $1 trillion and Disney at $300 billion.

In this article: apple, bob iger, business, disney, entertainment, gear
All products recommended by Engadget are selected by our editorial team, independent of our parent company. Some of our stories include affiliate links. If you buy something through one of these links, we may earn an affiliate commission.