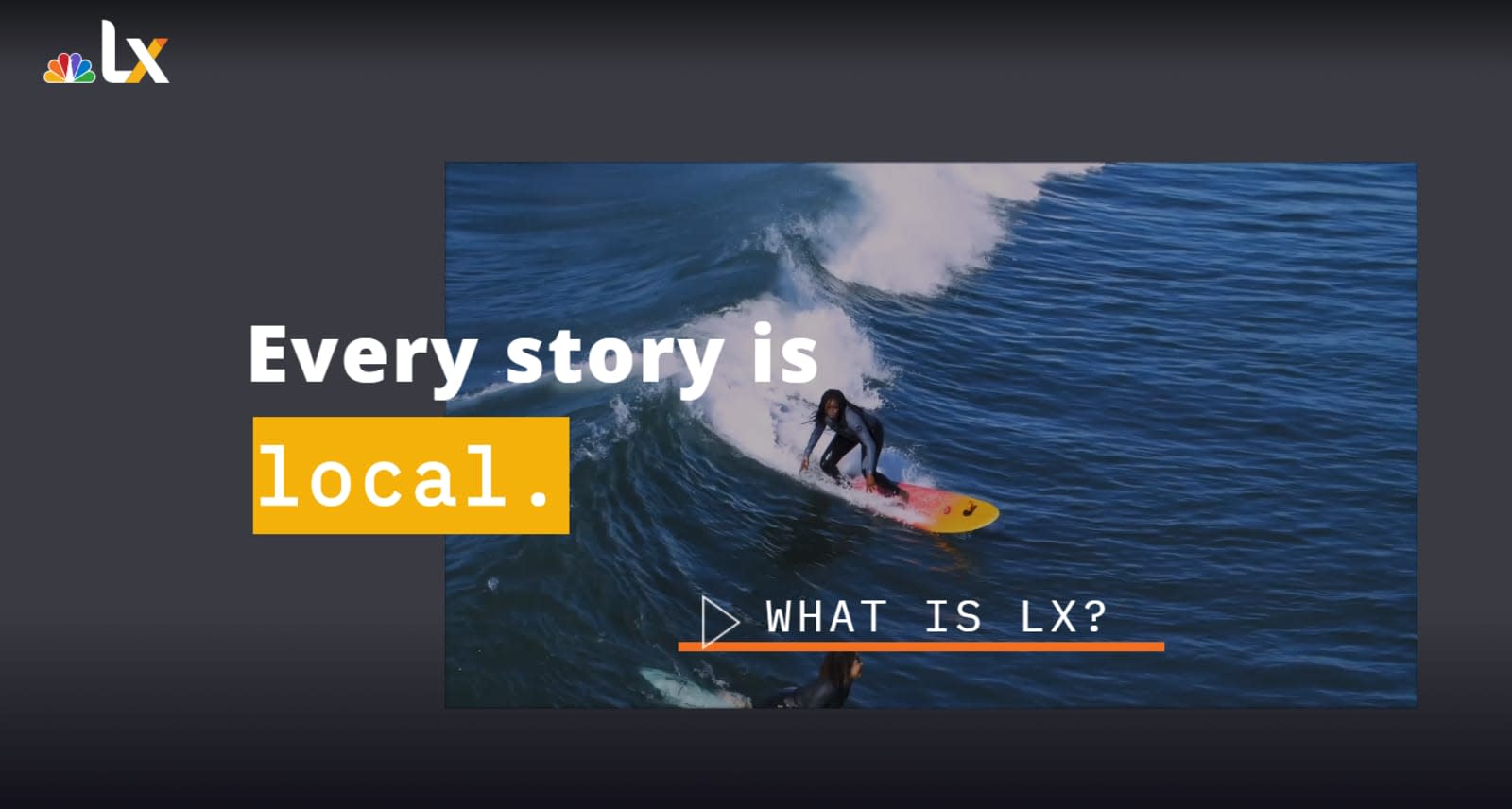 It's no secret that local TV news tends to attract much older audiences. NBCUniversal hopes to change that with a new digital news brand that aims to connect millennial and Gen Z age groups with stories from their community. Variety reported today that NBCU's local TV group will be launching LX, which will deliver original local news stories targeted at younger audiences. The new network will begin distributing news stories today on YouTube, LX.com and across social media channels.

A look at LX's initial lineup of stories reveals a wide range of topics, including segments on Democratic presidential candidate Andrew Yang's Universal Basic Income plan, California's Joshua Trees, shark bites, urban farming in Dallas and more. While some of the stories are local or region-specific, they all seem designed to appeal to a national audience.

The network acknowledged that local news required a serious rebranding in order to appeal to a younger generation who prefer receiving their news from the internet. "We realized we were going to need a different brand to tap into people who decided that local news, as it existed in our markets, wasn't what they wanted," said NBC Universal president Valari Staab in an interview with Variety. LX will be "a place that younger audiences can go to watch stories that are about them, and get the background about complex issues happening in their own backyard, but still walk away feeling inspired."

Lack of interest in local news isn't just generational. The age of cordcutting and online news has largely left local broadcast news stations in the dust. A 2018 Pew study found that just 50 percent of US adults got their news from television, down from 57 percent in 2016. More than half the people surveyed 65 years of age and above said they watched local news broadcasts. But even in the 50 to 64-year-old age bracket, only 47 percent of people said they watched local news. Within the 18 to 29-year-old age bracket, that number fell to 18 percent.

LX will also consist of a livestreaming network and multi-cast over-the-air channel, set to debut in 2020. The network hopes to eventually have LX staff embedded in its newsrooms throughout the country. NBCU's own streaming service, Peacock, is also scheduled to debut early next year.

In this article: av, entertainment, internet, local news, LX, NbcUniversal
All products recommended by Engadget are selected by our editorial team, independent of our parent company. Some of our stories include affiliate links. If you buy something through one of these links, we may earn an affiliate commission.