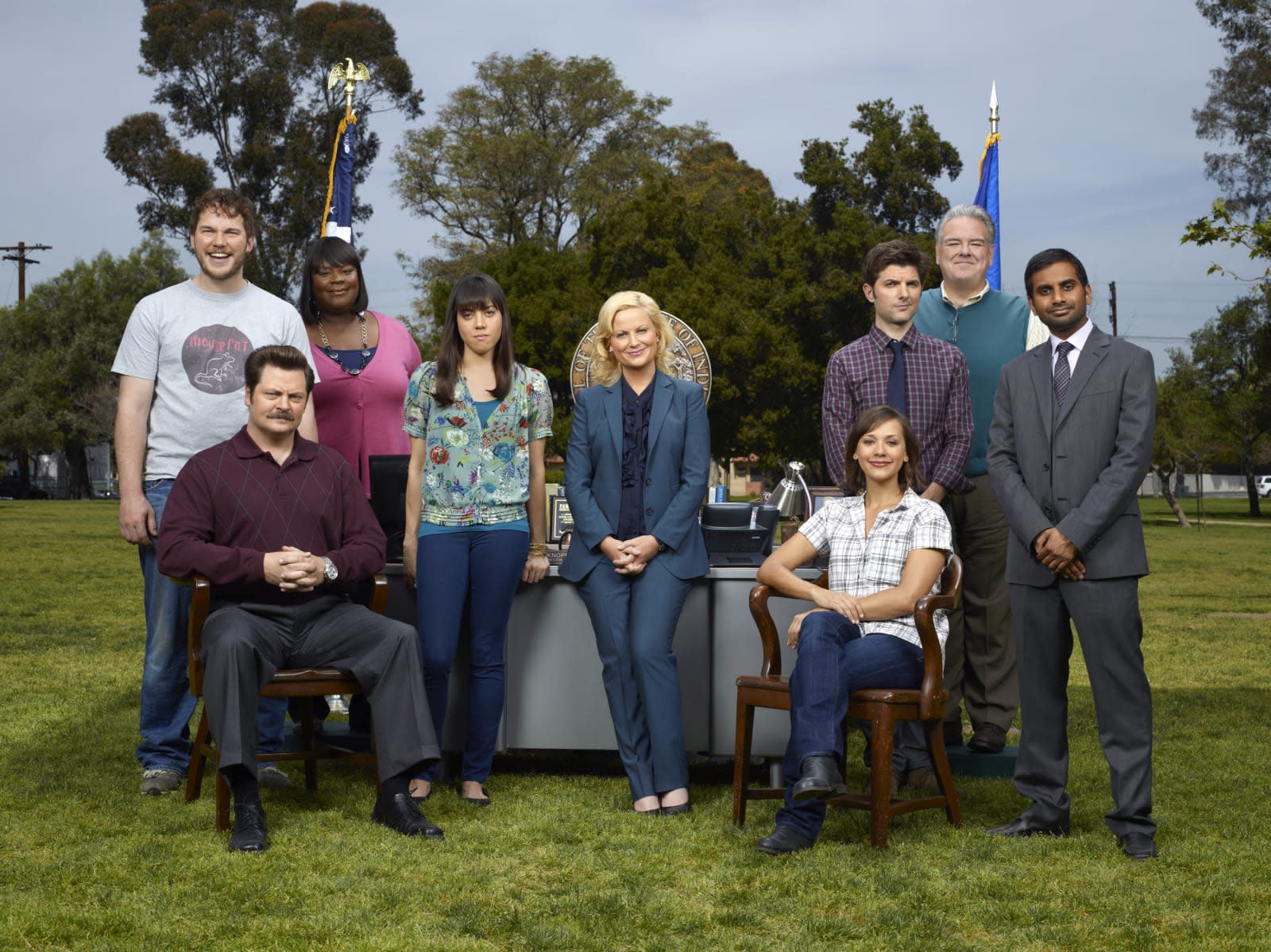 NBCUniversal has revealed launch details for its upcoming, ad-supported streaming service. Named Peacock, it'll be the exclusive streaming home of The Office (which you can still watch on Netflix through 2020) and Parks and Recreation. It'll debut this April with more than 15,000 hours of shows and movies.

Planned originals for the service include Battlestar Galactica (from Mr. Robot's Sam Esmail), Saved by the Bell (by Great News' Tracey Wigfield) and Punky Brewster reboots. Other original shows include Dr. Death (with Alec Baldwin, Jamie Dornan and Christian Slater), Demi Moore vehicle Brave New World and Rutherford Falls, co-created by The Good Place's Michael Schur and starring Ed Helms. Elsewhere, there'll be the limited series Angelyne (with Emmy Rossum) and another Psych movie spinoff. On the unscripted side, there are Saturday Night Live docuseries Who Wrote That, a weekly talk show with Amber Ruffin and a Real Housewives spinoff.

You might not see any of those when Peacock debuts though. NBCUniversal is planning a huge marketing drive for the service during the Summer Olympics, and it'll premiere original series after the games, according to the Hollywood Reporter. There'll be some Olympics content on Peacock too.

Naturally, there'll be a big focus on library shows from across the NBCUniversal empire. Among those you'll be able to watch on Peacock at the outset, many of which will later become streaming exclusives, are 30 Rock, Bates Motel, Battlestar Galactica, Brooklyn Nine-Nine, Cheers, Chrisley Knows Best, Covert Affairs, Downton Abbey, Everybody Loves Raymond, Frasier, Friday Night Lights, House, Keeping Up With the Kardashians, King of Queens, Married ... With Children, Monk, Parenthood, Psych, Royal Pains, SNL, Superstore, The Real Housewives, Top Chef and Will & Grace.

You'll also be able to catch a string of movies, though those won't be exclusive. Among the initial flicks are the Fast and Furious, Bourne and Despicable Me franchises, along with American Pie, Bridesmaids, Knocked Up, Meet the Parents, Meet the Fockers, A Beautiful Mind, Back to the Future, Brokeback Mountain, Casino, Dallas Buyers Club, Do the Right Thing, Erin Brockovich, E.T., Field of Dreams, Jaws, Mamma Mia, Shrek and The Breakfast Club.

Peacock will also have more than 3,000 hours of material from Telmundo, including library titles and original dramedy Armas de Mujer. There'll be sports and news offerings too, which NBCUniversal will detail later.

Peacock's pricing and launch date details will be revealed down the line. It'll be US-only at first, though NBCUniversal eventually plans to expand it worldwide.

In this article: av, battlestar galactica, battlestargalactica, brooklyn nine-nine, brooklynninenine, entertainment, nbcuniversal, parks and recreation, parksandrecreation, peacock, saved by the bell, savedbythebell, streaming, the office, theoffice
All products recommended by Engadget are selected by our editorial team, independent of our parent company. Some of our stories include affiliate links. If you buy something through one of these links, we may earn an affiliate commission.