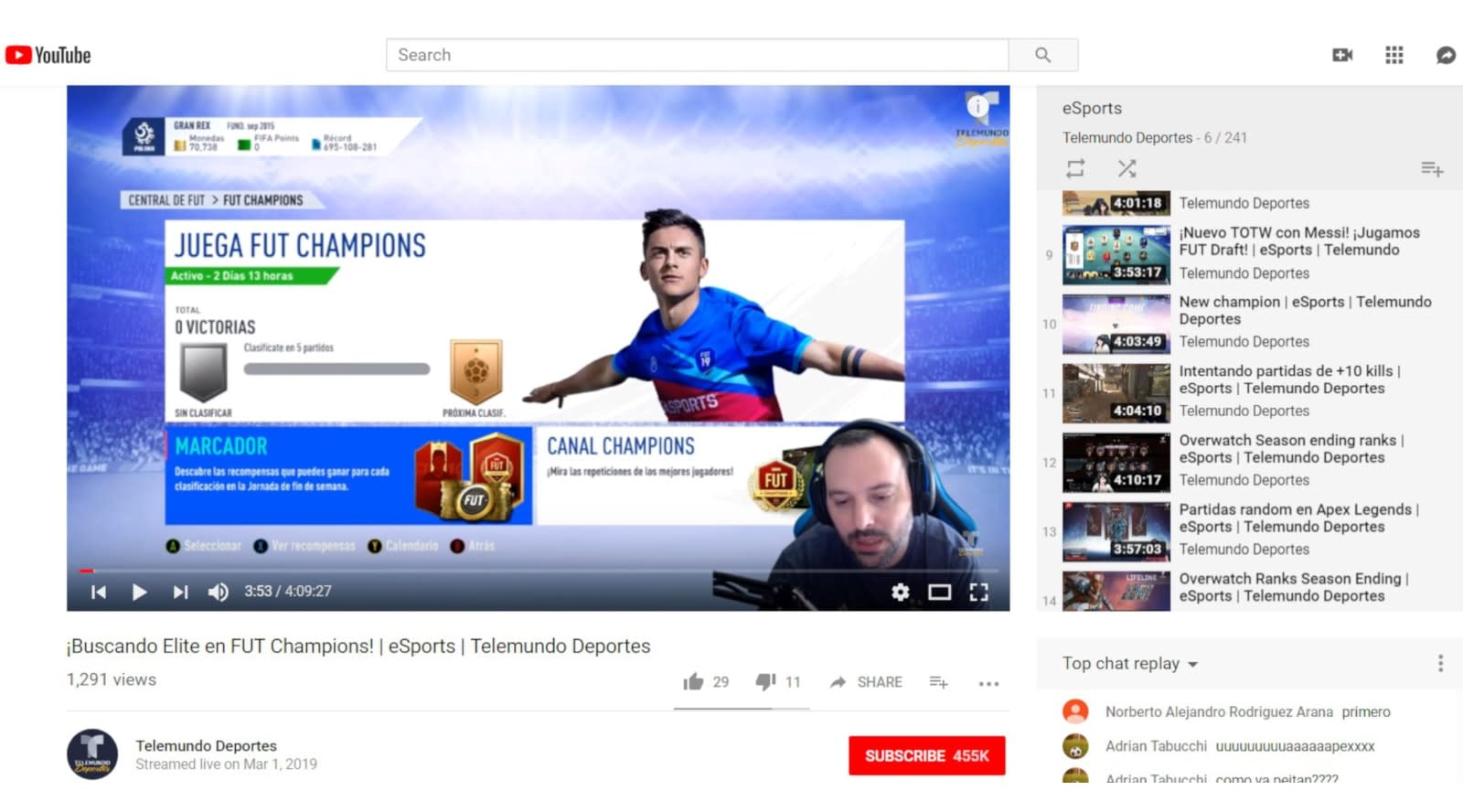 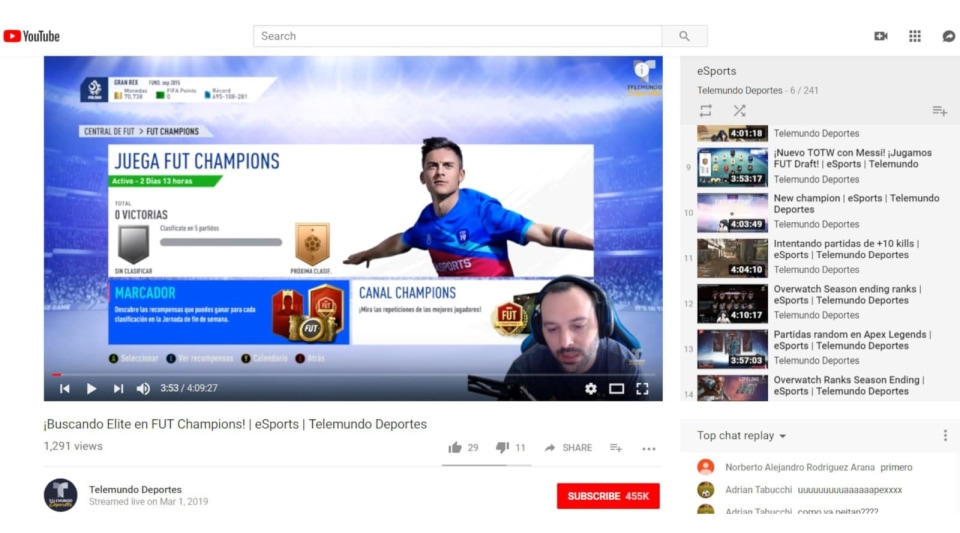 Telemundo Deportes has launched the first ever Spanish-language esports streaming channel in the US, showing just how big professional gaming competitions have become these past years. The programming division in charge of NBCUniversal's Spanish-language sports events and magazine programs will livestream competitions and and playthroughs on both YouTube and Twitch. It will kick off its competition coverage with the EA Sports FIFA19 FUT Champions Cup that will take place on April 5th to 7th, followed by the next events in the Global Series' lineup until the grand finals this summer.

Telemundo has signed up Mexican streamer Sofia Ornelas and Juan "El Patan" Sotullo from Argentina to host short-form videos and to livestream at least eight hours of gameplay. Ornelas will apparently be playing mostly Overwatch and Fortnite in her streams, while El Patan will broadcast his EA Sports FIFA 2019 Global Series matches. In addition, the channel will make TV content, including Telemundo's evening sports show Titulares y Mas, available for streaming.

"The launch of Telemundo Deportes esports channel strengthens our leadership position in the esports space and gives us an opportunity to further connect with the Hispanic, multicultural gaming audience. As the U.S. Spanish-­language home of FIFA, we are thrilled to bring back the EA Sports FIFA19 Global Series and enhance our presentation of the event with the launch of the new Telemundo Deportes esports channel."

In this article: entertainment, esports, internet, spanish, telemundo deportes
All products recommended by Engadget are selected by our editorial team, independent of our parent company. Some of our stories include affiliate links. If you buy something through one of these links, we may earn an affiliate commission.