Echo Loop hands-on: Alexa on your knuckles and at your fingertips

Aside from a pair of glasses, Amazon also announced another interesting Alexa-powered wearable: a smart ring. The Echo Loop is a chunky piece of smart jewelry made out of titanium, with a tiny discreet button. In order to activate it, you have to press the button with your thumb, after which you can say the usual Alexa commands. It has a built-in microphone and speakers.

That sounds kind of cool, but in practice it was a little weird. I had to hold my hand up to my mouth to speak to it, and then bring my hand up to my ear in order to listen to it; I almost felt like I was in a goofy spy movie. The ring vibrates a little to let you know Alexa is listening, and whenever you get notifications. Just like the Echo Frames and the Echo Buds, you can tap and hold on the button to activate your phone's voice assistant like Siri or Google Assistant. 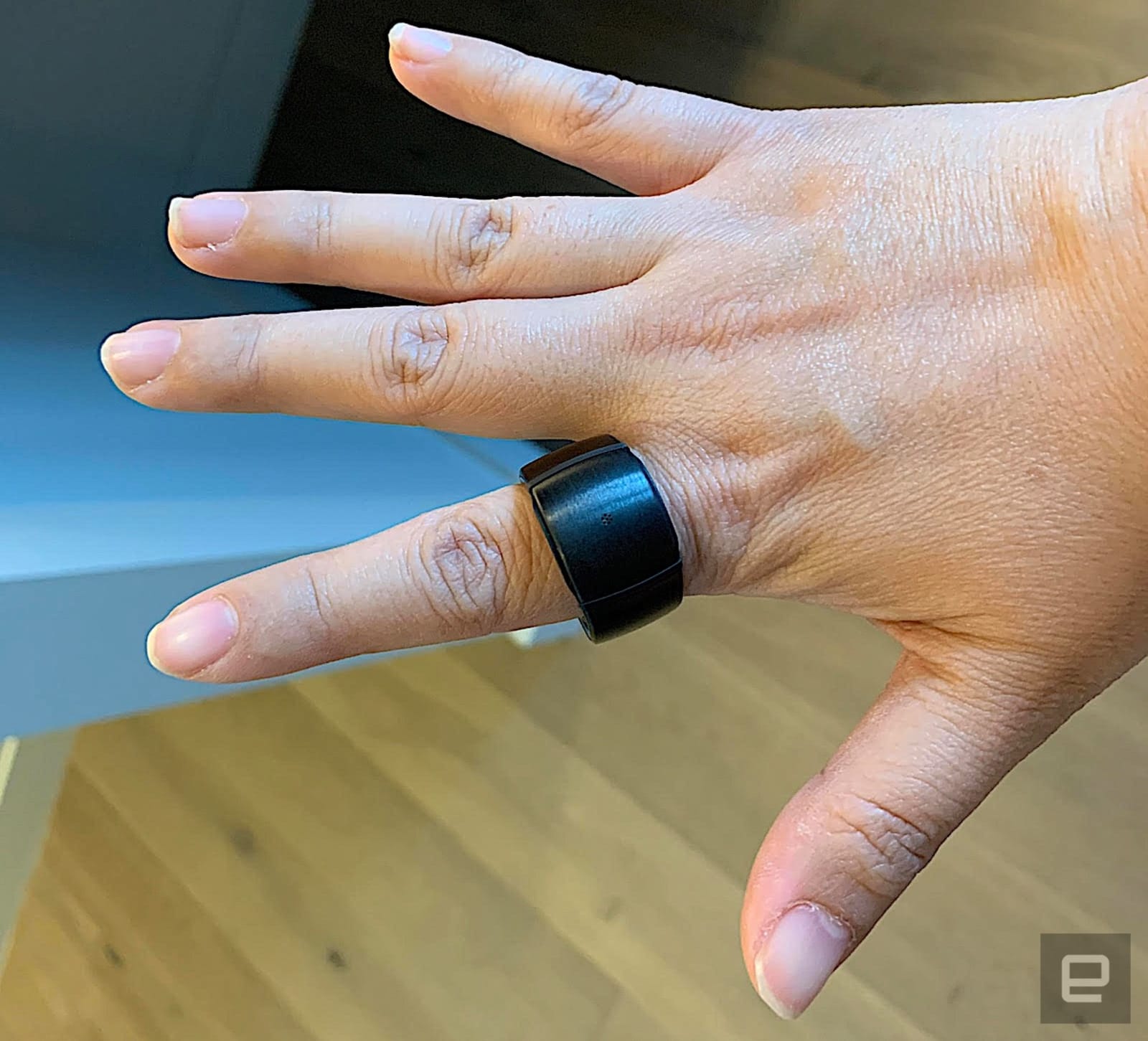 The Loop comes in small, medium, large and extra large, and Amazon says you can get a ring sizing kit to help you figure out which size is best for you. As for battery life, the company claims that it'll last about a day, though one model we had for demo seem to run out of juice pretty quickly (admittedly it was under constant use).

Between the Frames and the Loop, I think the latter is a little harder proposition simply because of its chunky size and the fact that you look kinda crazy talking into it. The Frames seem much more appropriate, and might blend into your everyday life a lot better. That said, the Loop is also cheaper at $130 instead of $180.

As a "Day One" device, the Loop isn't available widely just yet. It's available only on a limited basis and you can only get one via a special invitation. If you do want one though, you can apply for it starting today.