Amazon is entering into the eyewear business. At the company's annual event today, it announced its first-ever pair of smart glasses, called the Echo Frames. There's no AR here, so don't expect floating images; they're not anything like the North Focals. Instead, think of them as an Alexa-powered speaker that you put on your face. They're designed to look and feel like a regular pair of glasses, and based on the brief time I had with them, I think they nailed it. It really does look like a normal pair of frames.

That said, the thicker stems on the side are a dead giveaway that there's something slightly different about them. The stems house the "brains" of the Frames, with the battery and controls on the right side. Amazon tells me that they're prescription-ready, and were also made with comfort in mind. There are springy hinges and adjustable acetate tips at the end to better fit a wider range of heads and ears. They also feel very lightweight, at only 31 grams each. 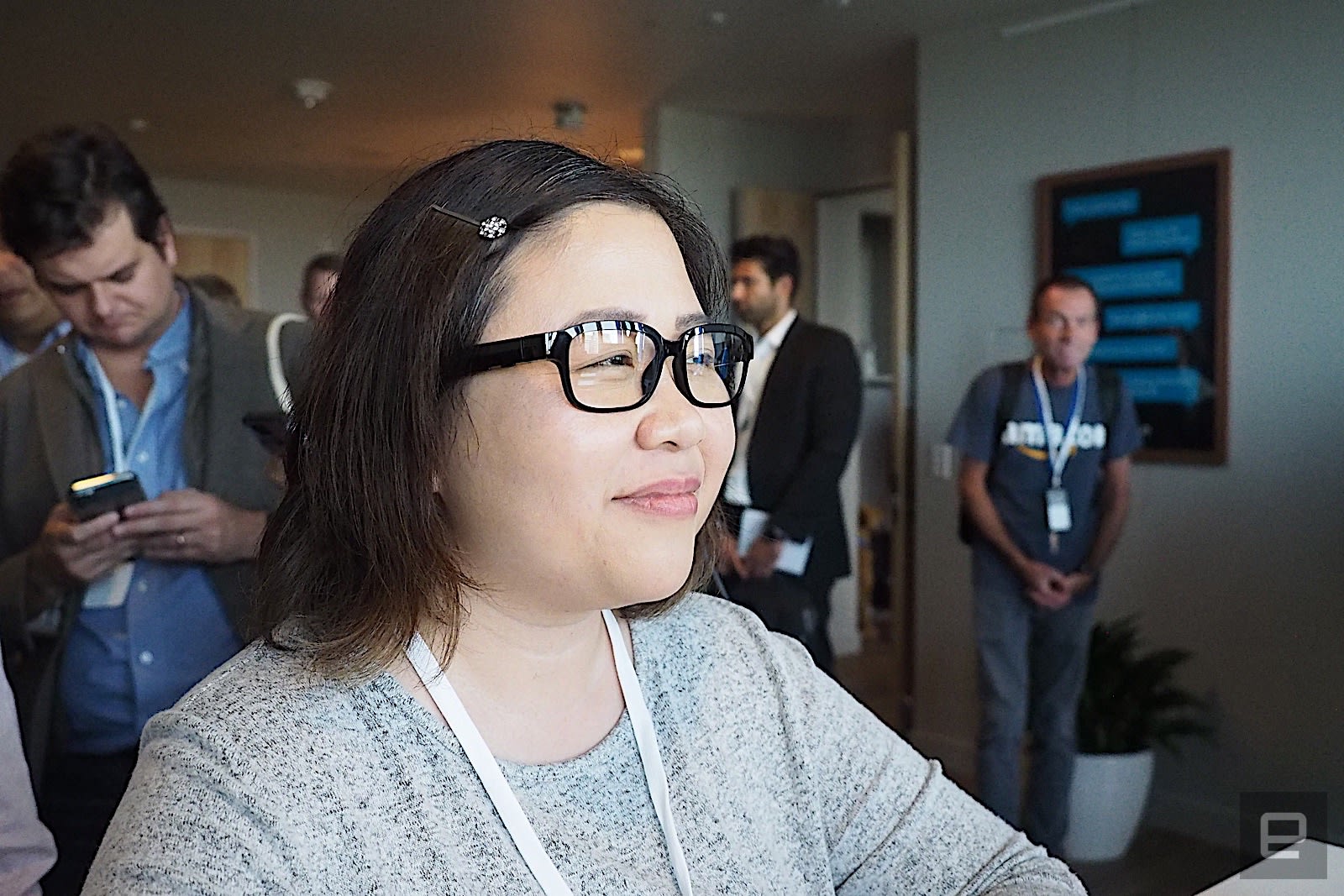 To use them, all you have to say is "Alexa" followed by a command. So saying "Alexa, what's the weather" will trigger the glasses to tell you the weather. The audio comes out of two little speakers on either side of the glasses. Amazon says it has an "Open Ear" direct speaker technology where only I can hear the audio but people around me couldn't. I could hear the audio clearly, but the voice was a little muffled because of my noisy surroundings.

If you tap and hold the temple, that'll trigger the voice assistant in your phone, such as Google Assistant. You can also swipe either forwards or backwards on the temple to scroll through your notifications. Speaking of which, you can also set up a VIP List so that only your more important notifications come through the glasses.

According to Amazon, the Frames have a 3-hour audio playback or a 14-day standby time. The Frames are considered a "Day One" Edition product so they're available only on a limited basis. Each one is priced at $179.99 and are available only via a special invitation, so you have to apply to get it.