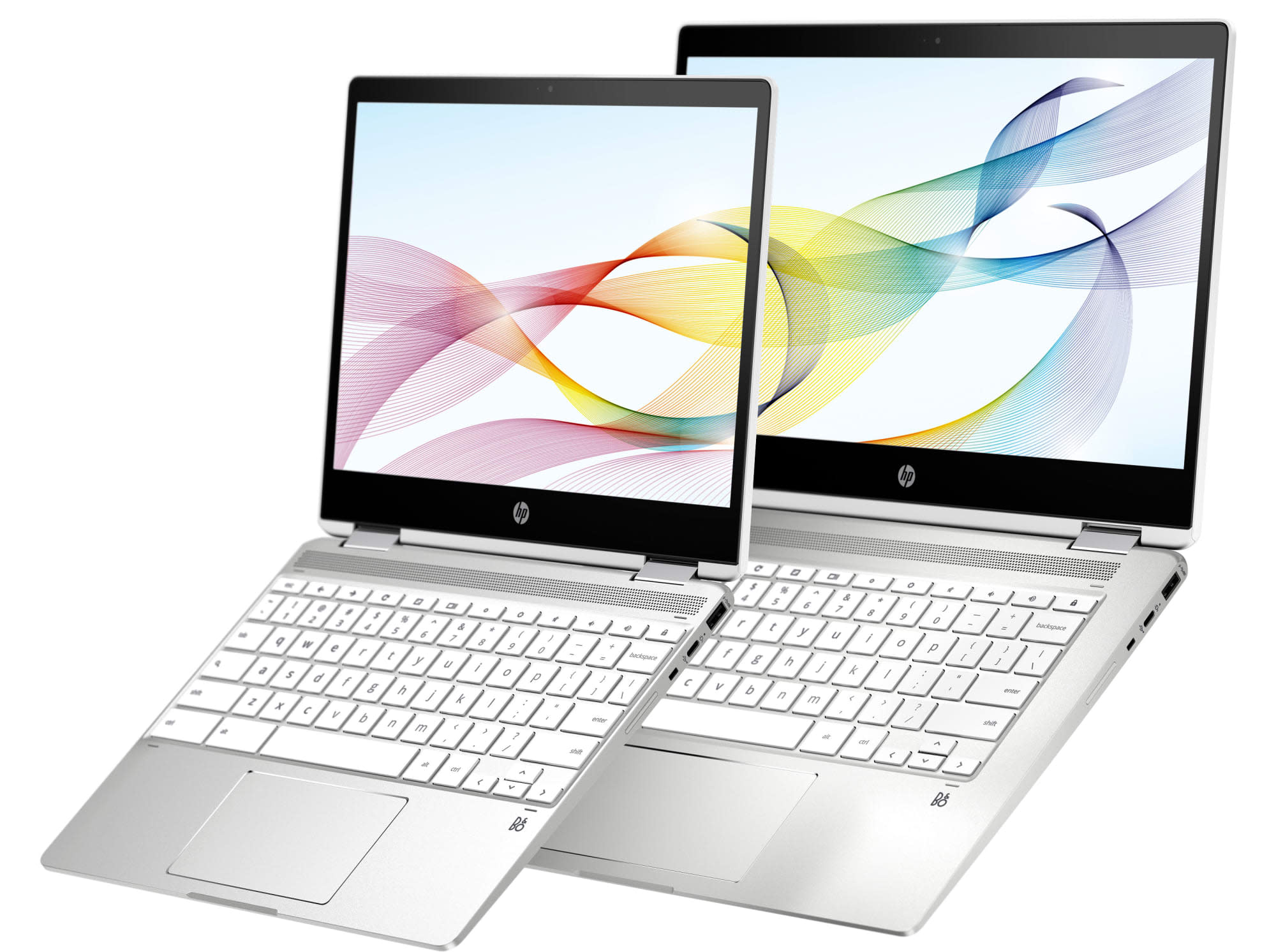 HP has announced its updated x360 Chromebooks, which feature a 360-degree hinge, 4GB of memory and 32GB of storage. More notable, though, is the Chromebooks' compatibility with the Universal Stylus Initiative's standard. USI 1.0 enables stylus compatibility across any touchscreen device that has integrated the technology, meaning you'll be able to use the same stylus for your smartphone, tablet and touchscreen computer.

USI-enabled styli have more benefits than cross-compatibility. User preferences are saved in the styli themselves, so color choices and ink styles can be automatically carried over from one device to another. Multiple users can write or draw on a device simultaneously, making USI-compatible tablets and computers ideal for collaboration (or maybe even multiplayer games). Plus, USI says that partners can build out additional features.

We'll likely see more USI-enabled devices shipping soon. Major partners like Google and Intel are currently working on USI products, but HP's USI Pen is the only significant one slated to hit shelves. A single-stylus solution certainly sounds a lot more appealing than carrying around one per device, so hopefully more products will be released soon.

In this article: chromebook, gadgetry, gadgets, gear, hp, hp chromebook, personal computing, personalcomputing, stylus, universal stylus initiative, usi, x360
All products recommended by Engadget are selected by our editorial team, independent of our parent company. Some of our stories include affiliate links. If you buy something through one of these links, we may earn an affiliate commission.