The eight episode miniseries debuts on FX next spring.

Alex Garland deconstructed the Turing test with Ex Machina and tormented our psyches with a horrifying alien invasion in Annihilation. Now he's tackling free will vs. a deterministic universe in Devs. And instead of trying to cram all that philosophy into a two-hour film (that might not even see theatrical release), Devs was crafted specifically for TV as an eight-episode, big budget miniseries on FX, where every installment was written and directed by Garland. It's not strictly science fiction either: He calls it a "science-based thriller."

On its surface, Devs is the story of Lily Chan (Sonoya Mizuno), a software engineer at the fictional Amaya Corporation. Amaya builds quantum computers, which are systems where the bits (called qubits) can exist in multiple states simultaneously, as opposed to traditional computers, which are limited to the binary of 0 or 1. Garland describes Amaya as the leader in that particular field. Her boyfriend ends up working for Amaya's top-secret development division, Devs, but dies of apparent suicide sometime after. Lily then makes it her mission to find out exactly what's going on with Devs and its mysterious CEO, Forest, played by Nick Offerman. 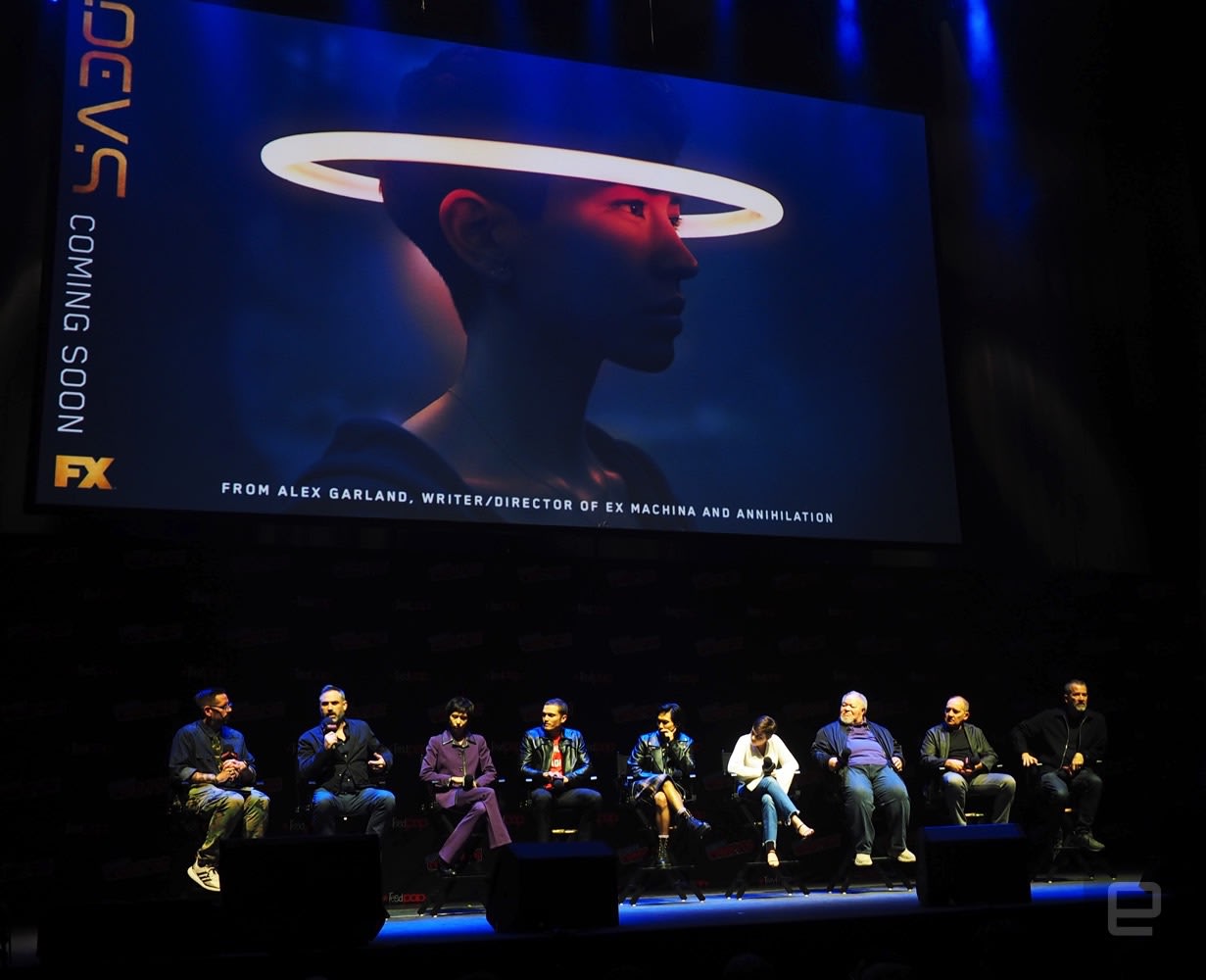 The cast of Devs onstage at New York Comic Con

In one of two clips shown at New York Comic Con last weekend, we saw the boyfriend, Sergei (Karl Glusman), being led into Devs for the first time. It's unlike any engineering department you've probably seen: The pair ride a gold-and-black cube held up by electromagnetic forces across a gap populated by a large quantum computer. The office is dark and minimalistic, with a series of identical monitors and keyboards, no assigned seating and no mandatory work hours. All the code is open for anyone to view and edit. (There's also no janitorial staff. As someone who's worked at several startups, I found the idea of software developers keeping their area clean to be the most unrealistic part of this scenario.)

Sergei isn't told exactly what he's there to do, just that he'll "figure it out." But from what Garland and the cast revealed over the weekend, it will have something to do with predictive computing. And it's a lot bigger than Spotify knowing what songs you'd like to listen to while you work or Facebook figuring out what ads are most likely to get you to click. Garland is very much enamored of the concept of determinism. It's not quite fate but rather what's going to happen based on what happened in the past: observing historical patterns and assuming they will continue into the future. 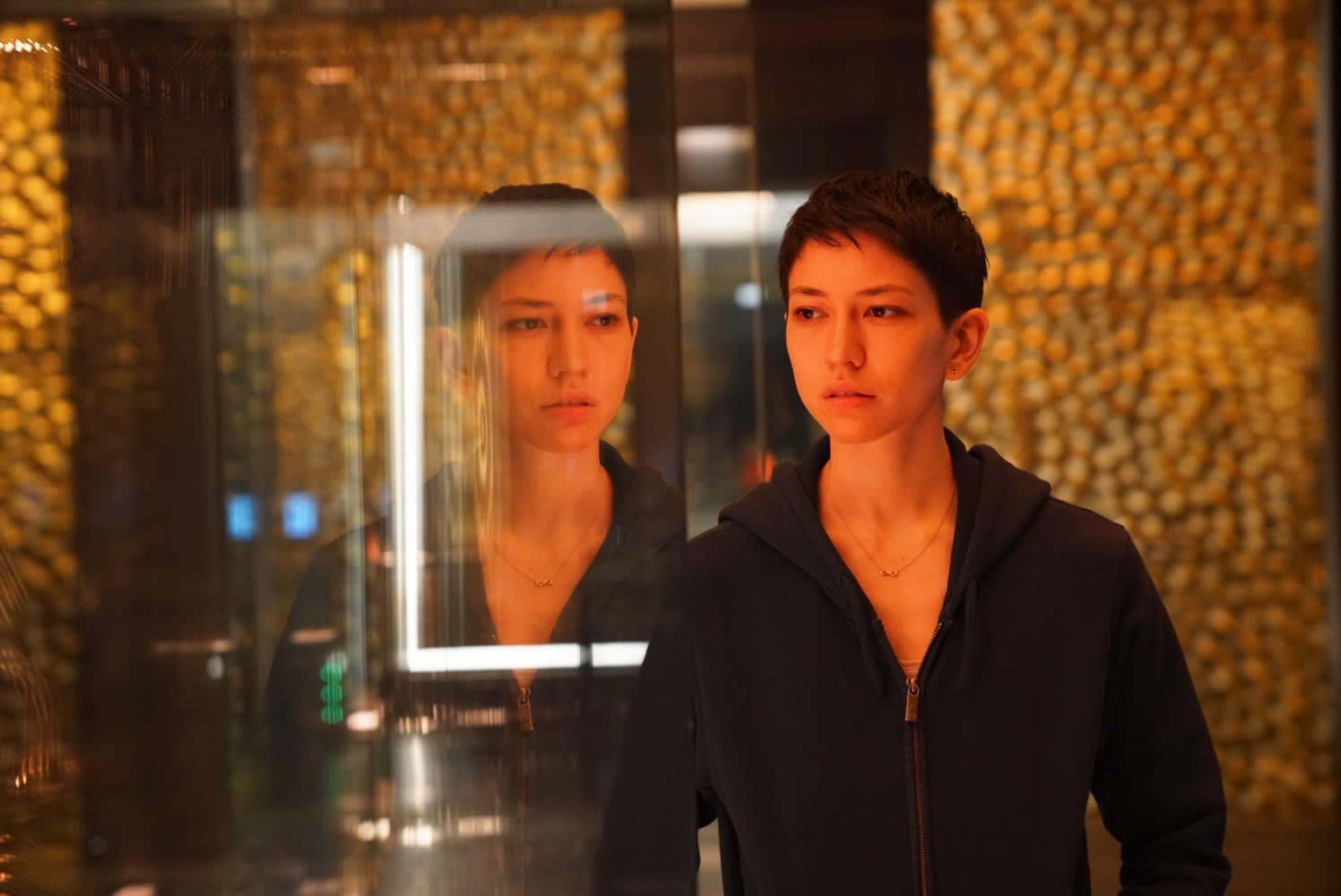 Garland explained the concept of a deterministic universe at the Devs panel: "Where you and I are concerned, the most significant thing in some respects is that we stop having free will. So when you make a decision, you feel, 'OK, I made this decision for my own reasons, because I woke up this morning and felt like having a cup of coffee.' But if you unraveled everything about you, about the specifics, the constructions of your brain, about why you prefer coffee to tea, and you keep going into a not infinite but a near infinite amount of detail, then five seconds before you say, 'I would like to have a cup of coffee,' one would be able to predict that is exactly what you would do at that moment."

These days systems are collecting massive amounts of personal data to the effect that they can make deductions and predictions about our behavior. For example, Target once figured out a teen girl was pregnant based on her recent purchases and sent coupons for baby products to her home -- much to the surprise of her father, whom she hadn't told yet. And while that incident was unsettling eight years ago, since then many of us have been completely comfortable with the sheer amount of data we give up on a daily basis, if only because it makes our lives a little bit easier.

Garland noted that "nobody in reality changes their behavior; they just carry on." He continued, "Ed Snowden made a whole bunch of revelations about the degree to which we're being observed. Who's done anything about it? Realistically, what tiny proportion has stopped using messaging systems or emails? We don't change our behavior at all." Even cast member Jin Ha (who plays Lily's friend Jamie) has admitted that while the show inspired him to install browser plug-ins to protect his privacy, he still can't really "slow it down or stop" the tide of information, and maybe moral philosophies haven't quite caught up to our recent advances in technology.

This is a world that Amaya is positioned to take advantage of, as Garland also noted, "We have corporations that have more power than most countries. And they have no checks and balances on them at all and they could be working on any number of different things or interfering with democratic process or whatever happens to be and it's completely without oversight." 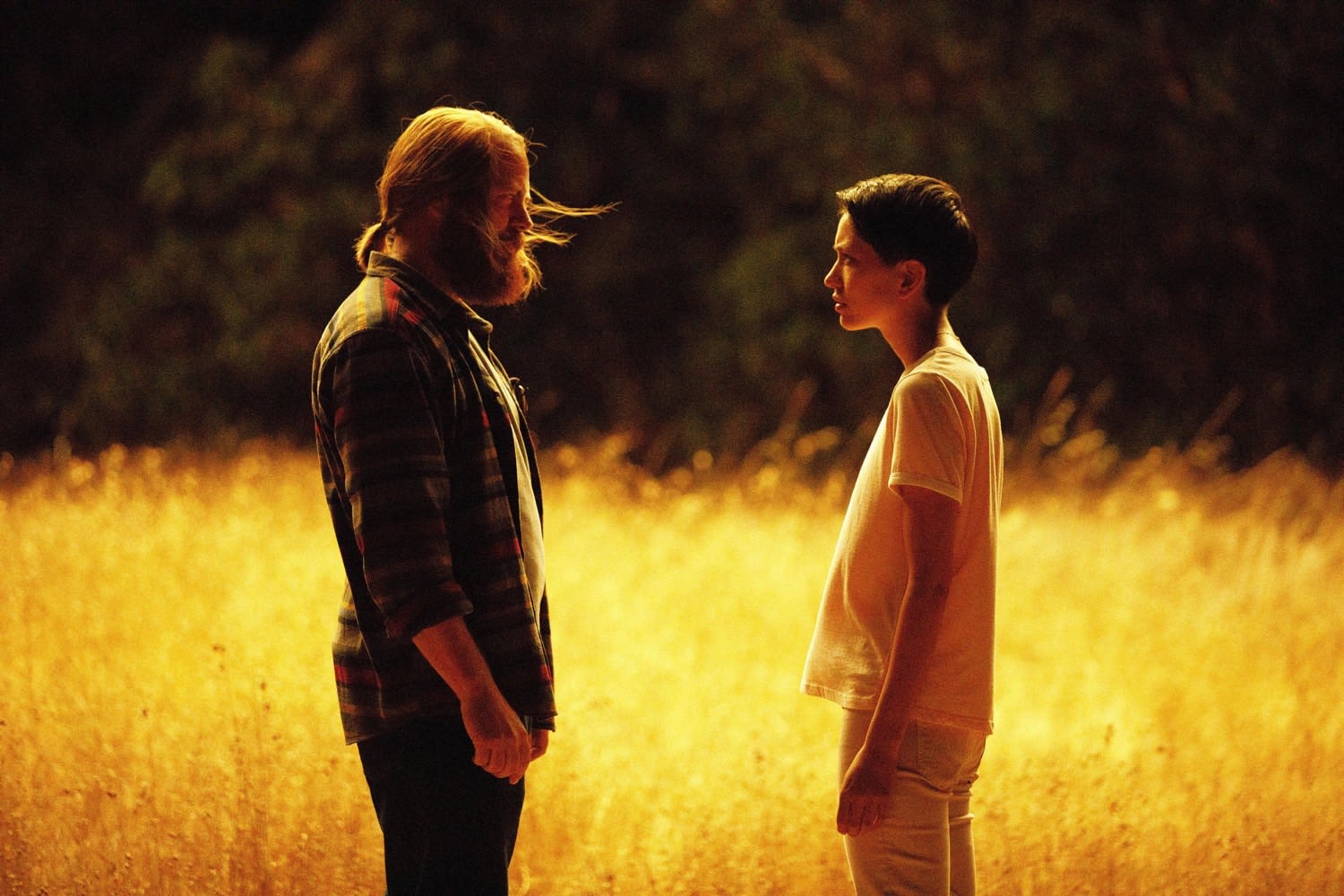 If the project that Devs is working on has large societal implications then it sounds reminiscent of Isaac Asimov's Foundation trilogy, where the future of a galactic empire is predicted through a combination of mathematics, history and sociology -- a technique called psychohistory. Mathematician Hari Seldon is able to not only predict the fall of the empire and a period of darkness following that fall lasting 30,000 years but also how to mitigate its effects so that the lapse is only a millennium. His predictions are largely true, but they have their limits; namely, the technique can only predict the actions of large groups, not individuals. While Foundation is not a direct influence on Devs, Alison Pill, who plays Katie, said that "Alex has brought really important questions about ethics in a way that Asimov couldn't do visually. There are so many visual elements that come up that I think will make all of those points even more poignant."

Many of the ethical concerns will be voiced by one of the other programmers, Stewart, played by Stephen McKinley Henderson. Stewart is a veteran of the tech industry and has experienced its highs and lows, especially as a black man in a still overwhelmingly white industry. He's concerned about the loss of humanity in the business; according to Henderson, his pet peeve is "scientists and people who have a lot to say about what's going on in our world who do not know poetry, do not know music, history, politics. ... Their humanity is not tempered by their love of beauty," he added, and that makes them dangerous. While Stewart's ultimate alliances are still unknown, it's easy to see him as a response to the James Damore types in Silicon Valley who believe that software engineering is a business of things and not people. 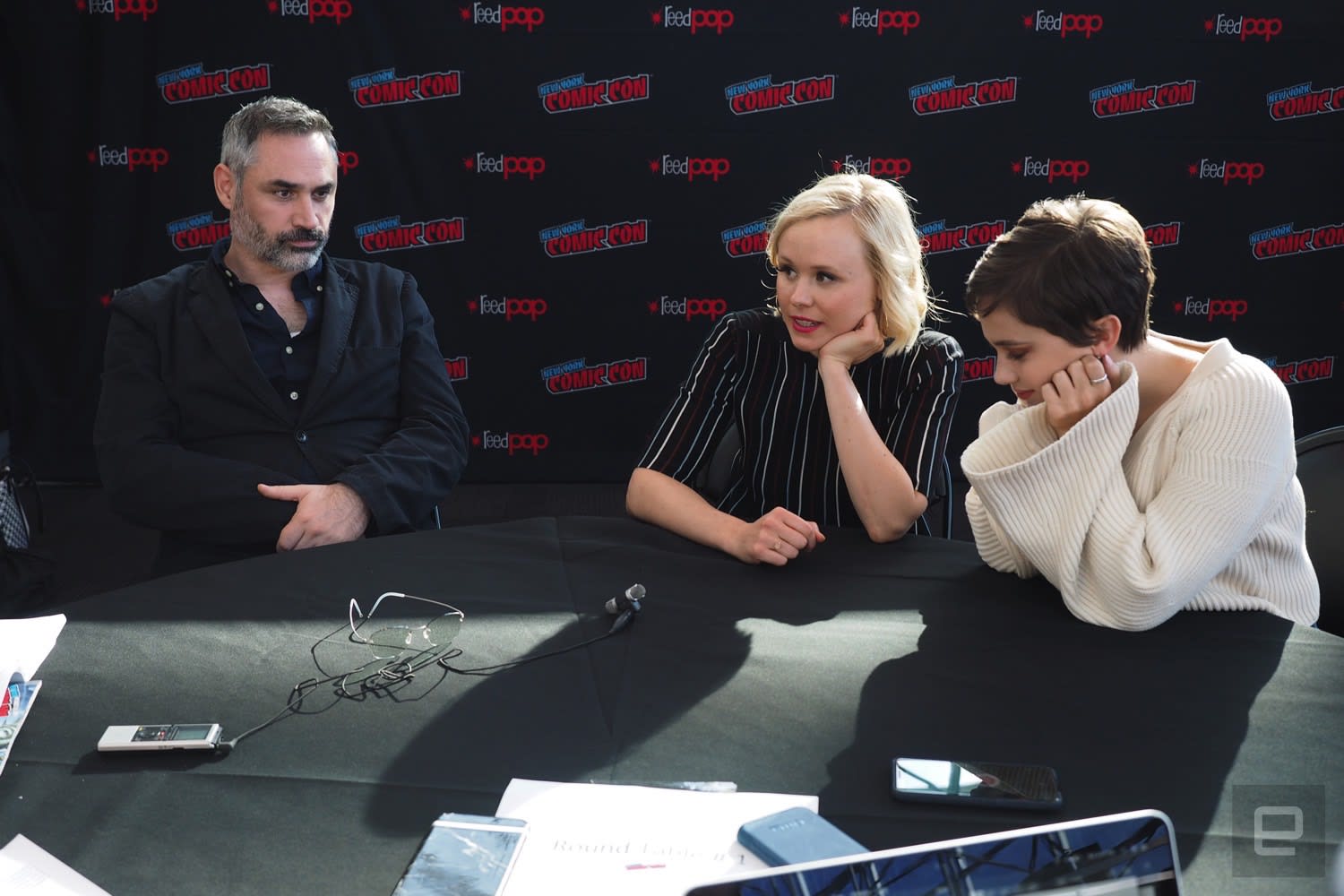 We'll get to know the people of Devs over the course of eight (and only eight) episodes, because the story is a one shot. For Alex Garland, having eight hours (minus time for commercials) gives him more "scale and scope" to tell a story. There's more room to explore motivations and backstories as well as the world he's constructed. And it's a world that's well researched: Garland, Mizuno and the show's VFX supervisor visited Google X as well as the company's quantum computing lab. (Mizuno described the computers they saw as "intricate, beautiful objects.") Stewart has a nephew in cybersecurity whom he was able to call on whenever he had a question about something in the script. Glusman consulted with a friend who worked for the NSA, though he also found a copy of Artificial Intelligence for Dummies to be extremely helpful.

Ultimately, Garland said they had "thousands of technical consultants" through all the research he did by reading academic papers and watching YouTube videos as well as some sources he couldn't name yet as they'd reveal too much about the plot. Whatever Amaya is working on, we'll have to wait until next spring for those answers and more when the show debuts on FX.