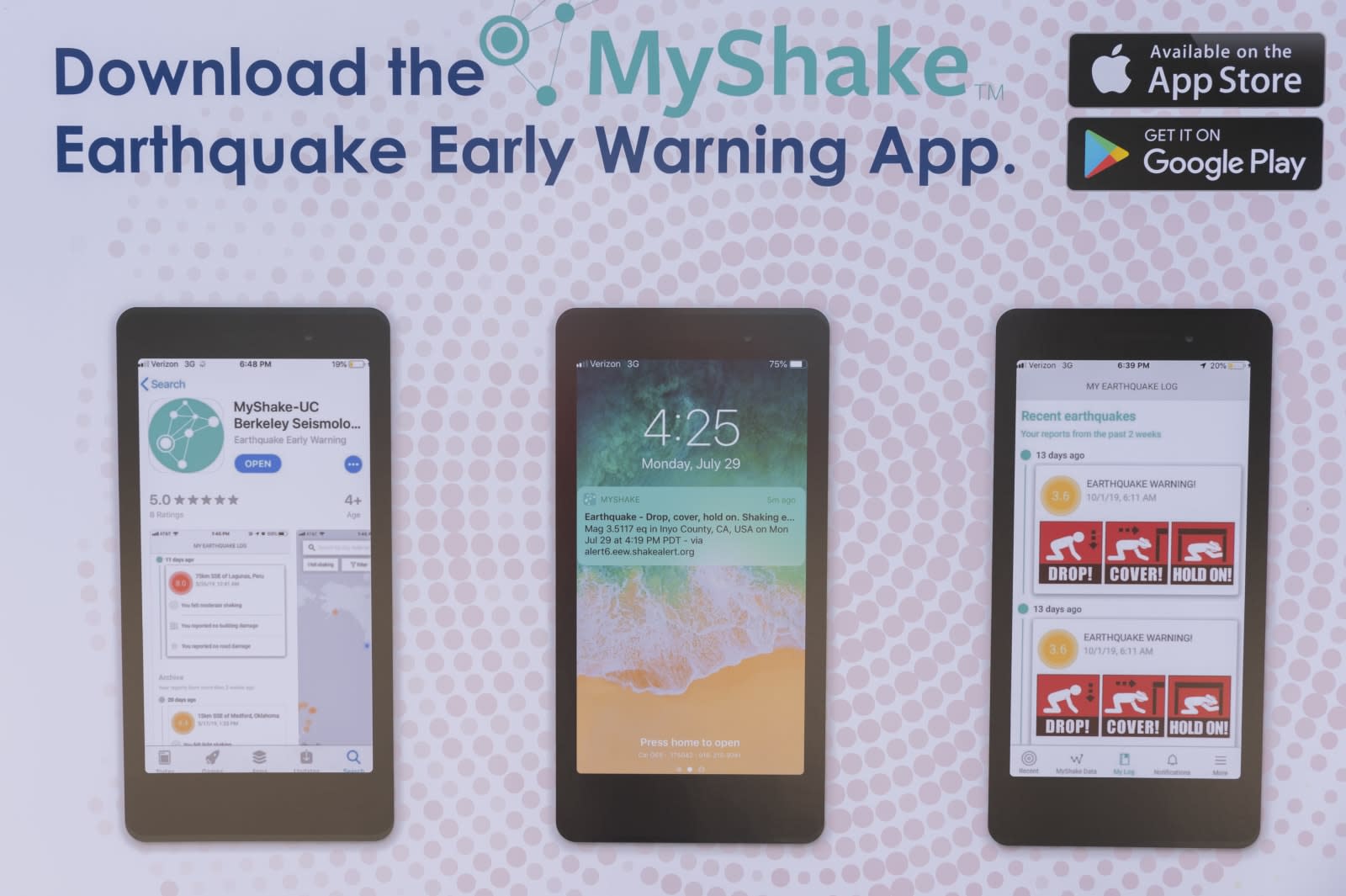 As expected, today California governor Gavin Newsom announced the launch of a statewide Earthquake Early Warning System. Based on reports from sensors embedded in the ground across the state, it can detect tremors and deliver warnings to mobile phones using the Wireless Emergency Alert system or the MyShake app (Android, iOS).

This system is launching on the 30th anniversary of the Loma Prieta quake in 1989, and if this system had existed then, people attending the World Series game at Candlestick could've been notified up to 15 seconds before the quake's tremors actually reached them.

This system doesn't predict earthquakes, and after quake's early this year failed to produce a notification on phones in Los Angeles, the threshold for a warning has been lowered to at least a magnitude 4.5 and Modified Mercalli Intensity (MMI) of 3, which is similar to a truck driving by outside your house. According to UC Berkeley, tests have shown alerts can reach users of the MyShake app in about 3.7 seconds, while the WEA (like severe weather notifications and Amber Alerts) had an average delivery time of 13 seconds -- so probably go ahead and install that app.

In this article: California, earthquake, gear, mobile, MyShake, politics, security, ShakeAlertLA, Wireless Emergency Alert
All products recommended by Engadget are selected by our editorial team, independent of our parent company. Some of our stories include affiliate links. If you buy something through one of these links, we may earn an affiliate commission.