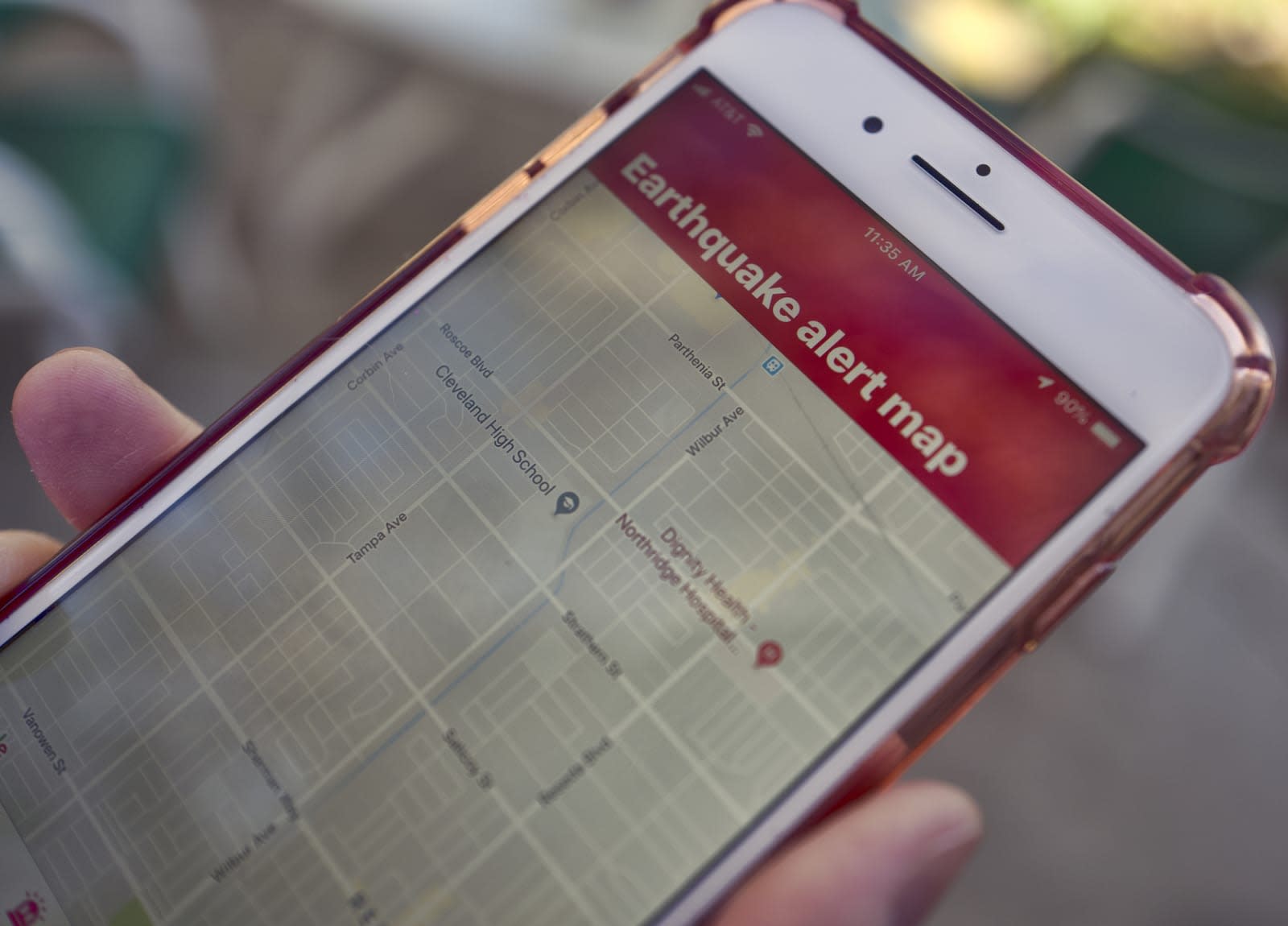 In Mexico and Japan, warning systems that send out alerts for seismic events have been in place for years, but a similar setup for California has been long-delayed. Finally, on Thursday the first statewide Earthquake Early Warning System will go online. Until now, large-scale alerts have only been available in LA County, where they haven't been triggered yet.

As the LA Times reports, Thursday is the 30th anniversary of the Loma Prieta earthquake, where energy from a tremor under the Santa Cruz mountains took up to 35 seconds to reach the northern edge of San Francisco. While the ShakeAlert system California will rely on can't predict earthquakes, it can feel them thanks to monitoring stations and send out messages using the MyShake app (click here to install of Android or iOS) or Wireless Emergency Alerts (like an AMBER Alert) that can give people time to prepare before the quake's energy reaches them.

Just this week there was a 4.5 earthquake in the Bay Area, and a 4.7 earthquake in central California. The SFGate quotes UC Berkeley Seismological Laboratory director Richard Allen as saying that median times from detection to alerts popping up on test phones was between 2.1 seconds and 1.6 seconds.

After a pair of quakes in July didn't result in LA users getting notified, officials have lowered the bar for messages to go out whenever there's at least a magnitude 4.5 and Modified Mercalli Intensity (MMI) of 3, which the USGS says can feel similar to a passing truck.

In this article: california, earthquake, gear, mobile, MyShake, ShakeAlertLA, Wireless Emergency Alert
All products recommended by Engadget are selected by our editorial team, independent of our parent company. Some of our stories include affiliate links. If you buy something through one of these links, we may earn an affiliate commission.