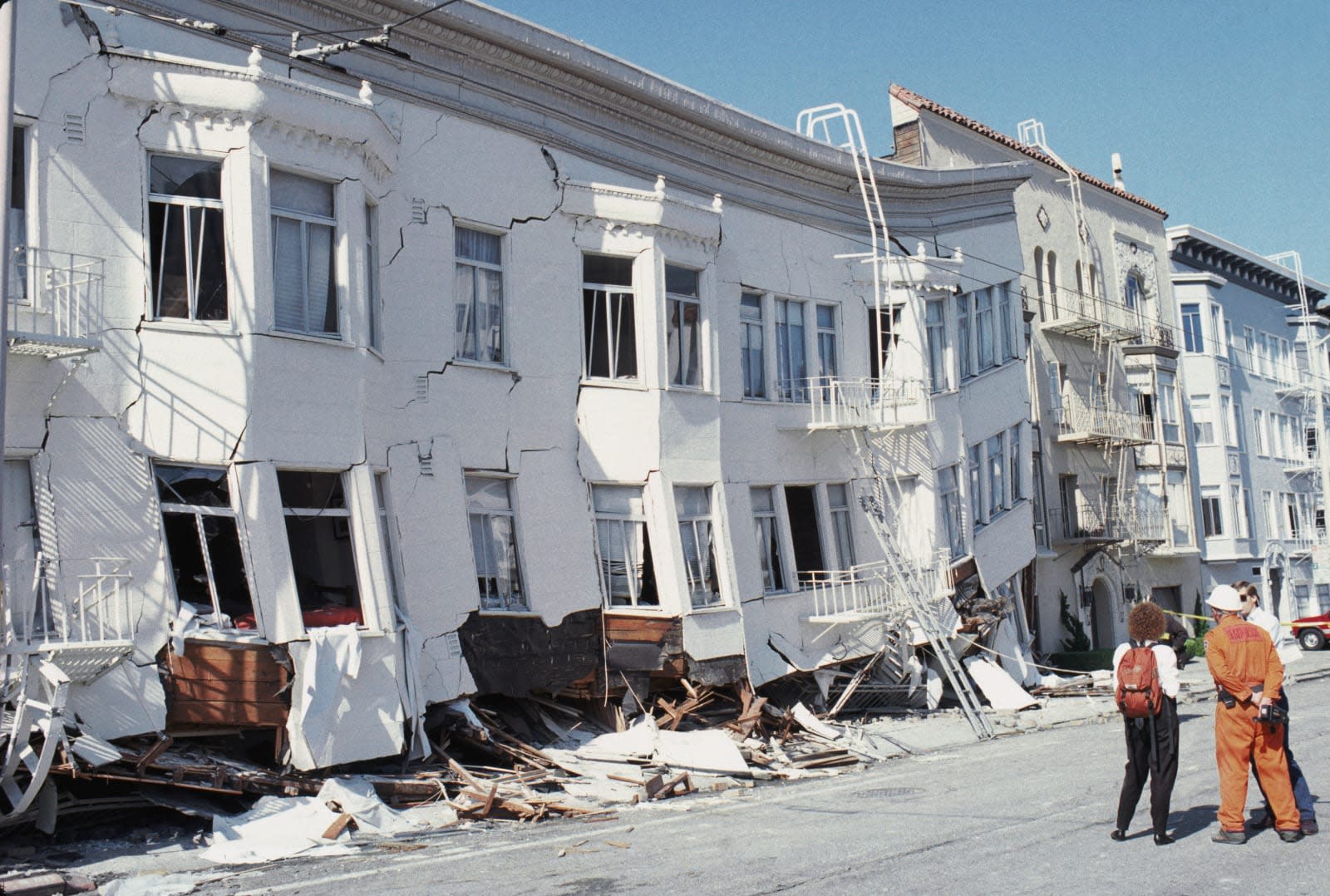 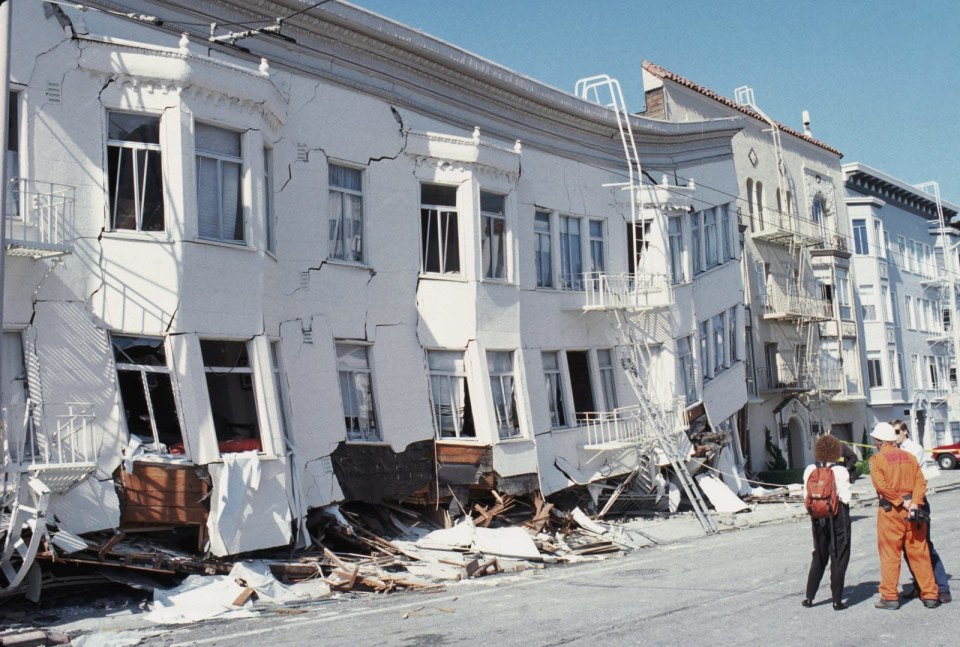 On September 19th, 1985, Mexico City was devastated by an 8.0 magnitude earthquake that killed as many as 30,000 people and leveled buildings across the city, including the 12-story Hospital Juárez, one of the oldest hospital institutions in Mexico. In response, the government set about creating the world's first earthquake warning system. One that, when an 8.1 tremblor set in on the city September 7th of this year, and a second 7.1 less than two weeks later, saved potentially tens of thousands of lives by giving them more than a minute's notice to head to safety. So why doesn't America have one along its Pacific coast as well? Turns out we almost do.

Mexico City had its early warning system, despite being the first of its kind, up and running just six years after the '85 quake. In 1987, the local government installed accelerometers throughout the city. In 1989, the Center of Instrumentation and Seismic Record (CIRES), which is charged with operating the system, began work on the public notification half. And, in 1991, the Mexico City Seismic Alert System (SAS), came online with 12 sensors spread along a portion of the Guerrero Coast. Placed there, the SAS provides a 100-second head start to residents before the ground starts moving.

When a 7.4 magnitude tremor shook the Oaxaca region in 1999, CIRES was once again called upon to devise an early warning system. Just four years later, the 37-sensor Seismic Alert System for the City of Oaxaca (SASO) came online in 2003. Two years after that, the federal Mexican government combined the two systems into a singular earthquake alarm, dubbed the Mexican Seismic Alert System (SASMEX).

The system continued to grow in 2010, when an additional 64 sensors were spread throughout the seismic regions of Jalisco, Colima, Michoacán and Puebla, while the existing seismic probes were modernized and monitoring stations equipped with solar power sources. In 2013, the government launched a smartphone app to more quickly warn citizens of impending dangers, which was followed in 2015 by Mexico City simply wiring the system up to its 8,200 public loudspeaker array.

The system detects earthquakes by sensing the initial, faster moving and less destructive P-waves generated by a seismic event which precede the stronger, more damaging S-waves. Once a sensor picks up a rumbling, it (and nearby sensors) transmit that data to a processing center which confirms the shaking is real and issues the alert. How much time people have to react depends on by how much the alert transmission beats the arrival of the S-wave. SInce digital transmissions are effectively instantaneous but seismic waves travel at a pokey 0.5 to 3 miles per second -- essentially, the speed of sound through rock -- seismologists can easily calculate its estimated time of arrival.

SInce the SASMEX has come online, numerous other shake-prone nations have followed suit. Japan, for example, has the Earthquake Early Warning (EEW) system. If two or more of the 4,235 seismometers that dot the island nation detect a P-wave the alarm is raised for the affected prefectures through TV, radio, and automated cellular carrier alert. Taiwan's early warning system works effectively the same way.

So these systems clearly are not only effective but also save lives, so why has America, "leader of the free world", dragged its feet so much in developing such a system for the West Coast? As usual, it comes down to funding priorities. The American people aren't generally willing to pay to be protected from something they're not scared of, explained Dr. Robert de Groot, ShakeAlert National Coordinator for Communication, Education, and Outreach with the US Geological Survey. For the likes of Mexico and Japan, "the early warning systems were developed after particularly devastating earthquakes," De Groot said.

The last magnitude 9 earthquake to strike the Pacific Northwest was in 1700. The last "big one" in Southern California, a 7.8 magnitude shaker, hit back in 1957. The public, De Groot pines, "they don't see [early warning systems] as being a thing that is important, that there are other more important places to put resources and time." However, those of us who lived through
Loma Prieta and Northridge would likely disagree, as would FEMA.

The Federal Emergency Management Agency estimates that earthquakes cost the US around $5.3 billion annually, on average, with 77 percent of the damage occurring along the West Coast and 60 percent happening in California alone. What's more, FEMA figures over the next 30 years, California has a nearly-certain 99.7 percent chance of being hit with a shaker stronger than 6.7 and the Pacific Northwest has a 10 percent chance of repeating the 8.0 -9.0 megaquake of 1700.

That's not to say that the USGS is sitting idly by. Quite the opposite in fact. For the past decade the USGS has been working in partnership with the CAGS, CIT, and the Universities of Berkeley, Oregon and Washington (as well as numerous private organizations) to develop a similar system. They call it ShakeAlert.

This EEW began transmitting real-time warnings to select beta users in California back in 2012. By 2016, it had been integrated with seismometers in the Pacific Northwest and just this last April, the ShakeAlert "production prototype" went live across the entire West Coast from the Mexican border clear on up to Canada. Unfortunately, the system is still at half-capacity. "Currently we are looking at building a total of 1675 stations across three states and we're only at about 750 or so," De Groot explained.

Even working at partial capacity, ShakeAlert has begun attracting attention from industry. Power companies in Oregon have linked into the system so that command systems can be protected and pipeline valves be closed. The Bay Area Rapid Transit (BART) system in California uses it to slow or stop trains once the shaking starts, to minimize the chances of derailments. ""Safety is BART's number one priority," BART spokesperson Jim Allison told the Daily Californian. "The earthquake early warning system could enable BART to stop or slow trains before earthquake shaking starts, preventing potential injuries."

High rise office buildings can leverage these warnings to stop elevators at the nearest floor while hospitals can halt delicate surgeries and protect critical infrastructure before the S-waves strike. And as the Industrial Internet of Things continues to mature, the scope and variety of automated responses to these signals will only expand. Assuming, the Trump administration stops fiddling with the USGS purse strings.

The ShakeAlert system was supposed to come out of beta at the start of 2018. However, citing the need for "sensible and rational reductions and making hard choices to reach a balanced budget by 2027", the administration attempted to cleave $137.8 million from the agency's budget which would have decimated the program.

Luckily, there are some adults left in Washington willing to do right by their constituents. "We have made too much progress on the earthquake warning system to stop now," Rep. Kevin Calbert (R-Corona) told the LA Times. "And it's certainly important to my state."

Rep Adam Schiff (D-Burbank) was quick to agree. "This investment has the potential to save lives," Schiff said in a statement. "In rebuffing the president's request to eliminate funding for the system, Congress is showing its strong support for the system will not wane." In the end, Congress has set the USGS budget for 2018 at $1 billion, just $46 million less than it received this fiscal year, which means that ShakeAlert will operate for at least a year.

That's not to say that it will be available to every west coast resident as soon as the clocks strike 12:01 on January first. The initial public rollout will be far more modest, most likely first coming to Los Angeles. The city's mayor, Eric Garcetti, told the Times that he'd have "an earthquake early warning system to every corner of this city — in schools, at businesses, even on your smartphone" by the end of 2018.

Given that Southern California is home to more than 200 tectonic fault lines and the highest density of seismic sensors on the west coast, it would make an ideal testbed with which to work out the system's kinks before expanding to other metropolitan areas. That said, don't fret if you live out in the burbs or beyond, De Groot assured Engadget that the alert system will operate at the same speed in rural areas, where sensors are around 24 miles from one another, as they do in urban centers, where they're around 6 miles apart, thanks to the miracles of modern telecommunications technology.

Moving forward, De Groot concedes that the biggest challenge (besides getting enough money to keep the lights on) is minimizing the number of false alarms the system throws up. It already attempts to validate these alerts by requiring signals from at least four sensors but the system is still a work in progress. "The Earth is such a complex system that there are a lot of variables that could influence how the system works and we're trying to work those out," he said. "It's part of the scientific development process but we're getting better at it every day."