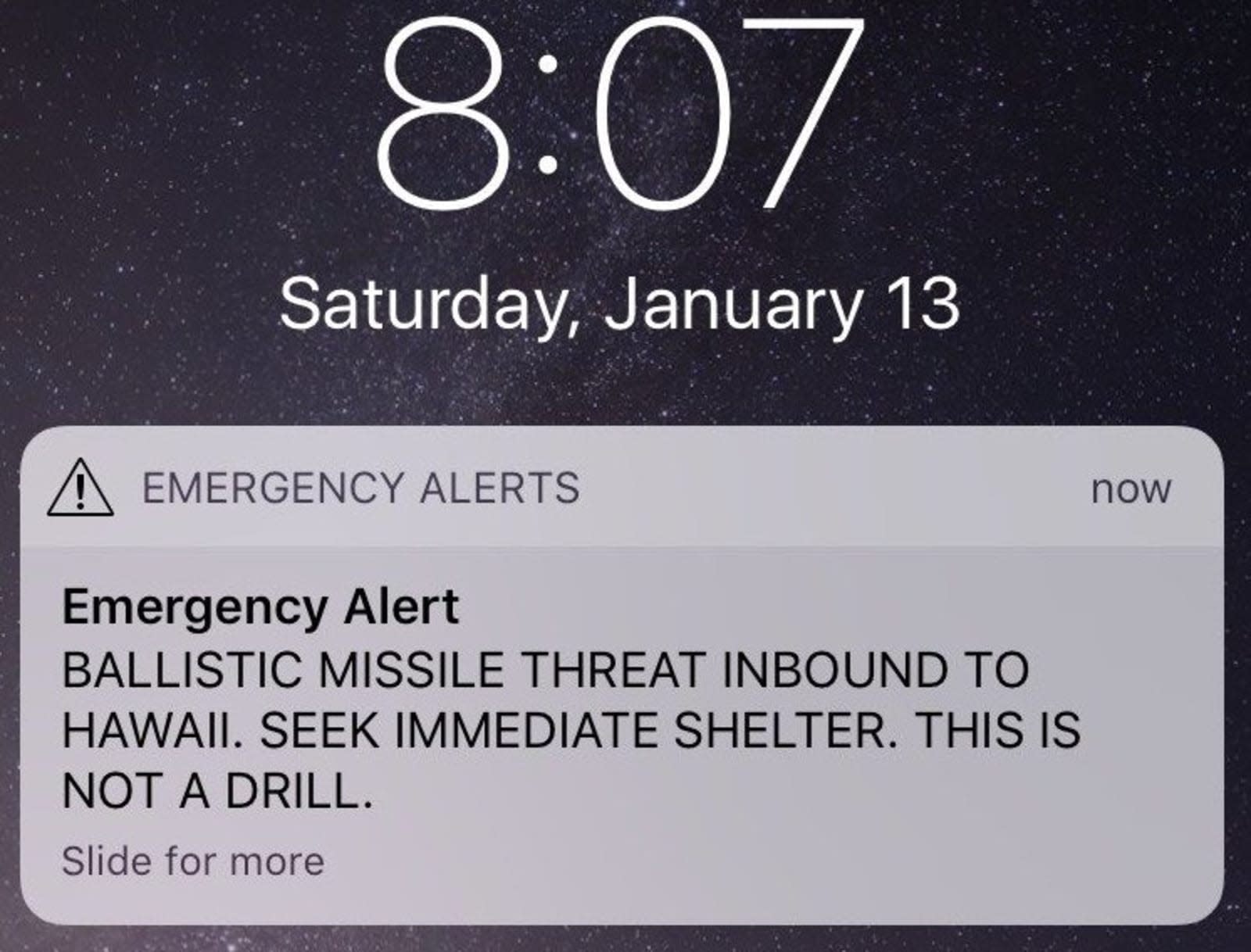 A bipartisan bill reintroduced in the Senate by US Senators Brian Schatz (D-Hawai'i) and John Thune (R-S.D.) could lead to emergency alerts issued through online video and audio streaming services like Netflix and Spotify. The Senators originally introduced the bill last year after that infamous false missile alert text went out across Hawai'i. Called the Reliable Emergency Alert Distribution Improvement (READI) Act, it would prevent the same thing from happening while making sure that more people receive real and relevant alerts.

In addition to exploring ways on how alerts can be issued through streaming services, READI Act would eliminate the ability to opt out of receiving certain federal alerts, including ones for incoming missiles. Alerts issued by the President or by FEMA would also have to be repeated -- at the moment, it can only be played once on TV and radio stations. It would compel FEMA to prevent false alarms and would establish a reporting system for false alerts that the FCC can track, as well.

Senator Schatz said in a statement:

"When a missile alert went out across Hawai'i last year, some people never got the message on their phones, while others missed it on their TVs and radios. Even though it was a false alarm, the missile alert exposed real flaws in the way people receive emergency alerts. Our bill fixes a number of important problems with the system responsible for delivering emergency alerts. In a real emergency, these alerts can save lives so we have to do everything we can to get it right."

A group of bipartisan Congress members -- Representatives Jerry McNerney (D-Calif.), Tulsi Gabbard (D-Hawai'i), Pete Olson (R-Texas) and Gus Bilirakis (R-Fla.) -- has also introduced the READI Act at the House of Representatives. McNerney said "[t]he READI Act will help improve the current [Wireless Emergency Alert] system and emergency alerting more broadly, so that my constituents and Americans across the country can count on receiving life-saving warnings when faced with these dire situations."

In this article: emergency alerts, gear, mobile, READI, Reliable Emergency Alert Distribution Improvement Act
All products recommended by Engadget are selected by our editorial team, independent of our parent company. Some of our stories include affiliate links. If you buy something through one of these links, we may earn an affiliate commission.