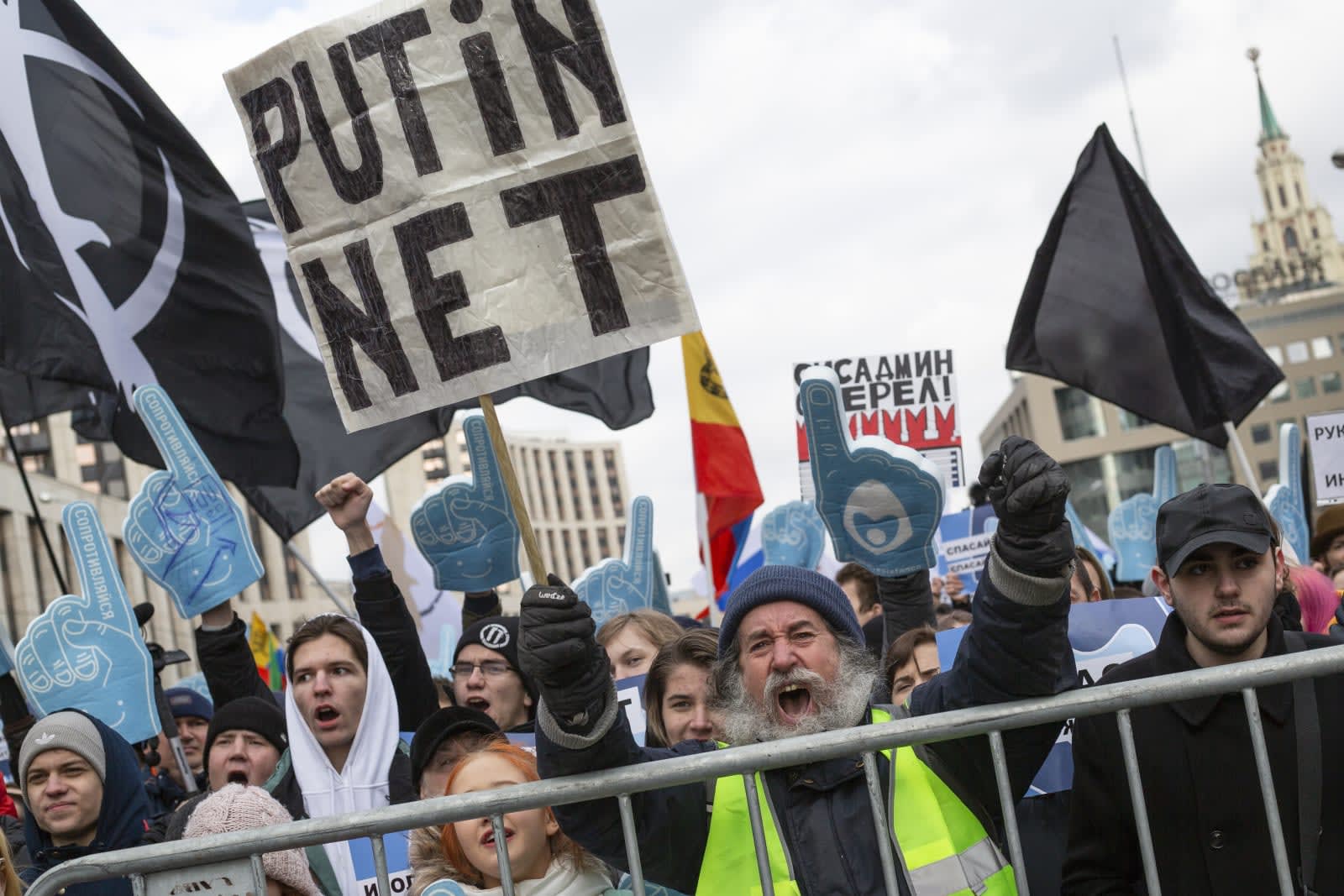 Russia's "sovereign internet" law, which President Vladimir Putin signed back in May, has taken effect on November 1st. As the BBC explains, it gives the country's government power to block access to content whether from within or from outside Russia "in an emergency." Of course, it's up to the government to decide what constitutes one.

The government's official reason for signing the bill into law is that it will prevent cyberattacks and will allow Russia to keep its internet functioning in case the West cuts the country off from the world wide web. However, the deep packet inspection equipment that internet providers will be required to install under the law can both track and reroute traffic, as well as filter content.

According to Human Rights Watch, that equipment will allow Roskomnadzor, Russia's telecommunications watchdog, to block access to content that the government deems a threat anytime it wants. Further, it gives the government a legal basis for mass surveillance.

"Now the government can directly censor content or even turn Russia's internet into a closed system without telling the public what they are doing or why. This jeopardizes the right of people in Russia to free speech and freedom of information online."

NPR notes, though, that experts believe the law will be technically difficult to enforce, no matter what the government's true intentions are. David Belson, senior director of Internet Research & Analysis at Internet Society, told the publication that there are "hundreds of networks coming together [in Russia] to exchange traffic" and that "it's challenging -- if not impossible, [he thinks] -- to completely isolate the Russian Internet."

He also believes it won't be easy getting all internet service providers to install and deploy tracking software, as well as to make sure they're all filtering the same content. Due to those difficulties, he says it's unclear how the law will change the way Russians use the internet. It could lead to the "extrajudicial blocking of speech and information without transparency," as Human Rights Watch warns, or it could cause no change at all.

Source: NPR, BBC
In this article: gear, Russia, security, sovereign internet
All products recommended by Engadget are selected by our editorial team, independent of our parent company. Some of our stories include affiliate links. If you buy something through one of these links, we may earn an affiliate commission.