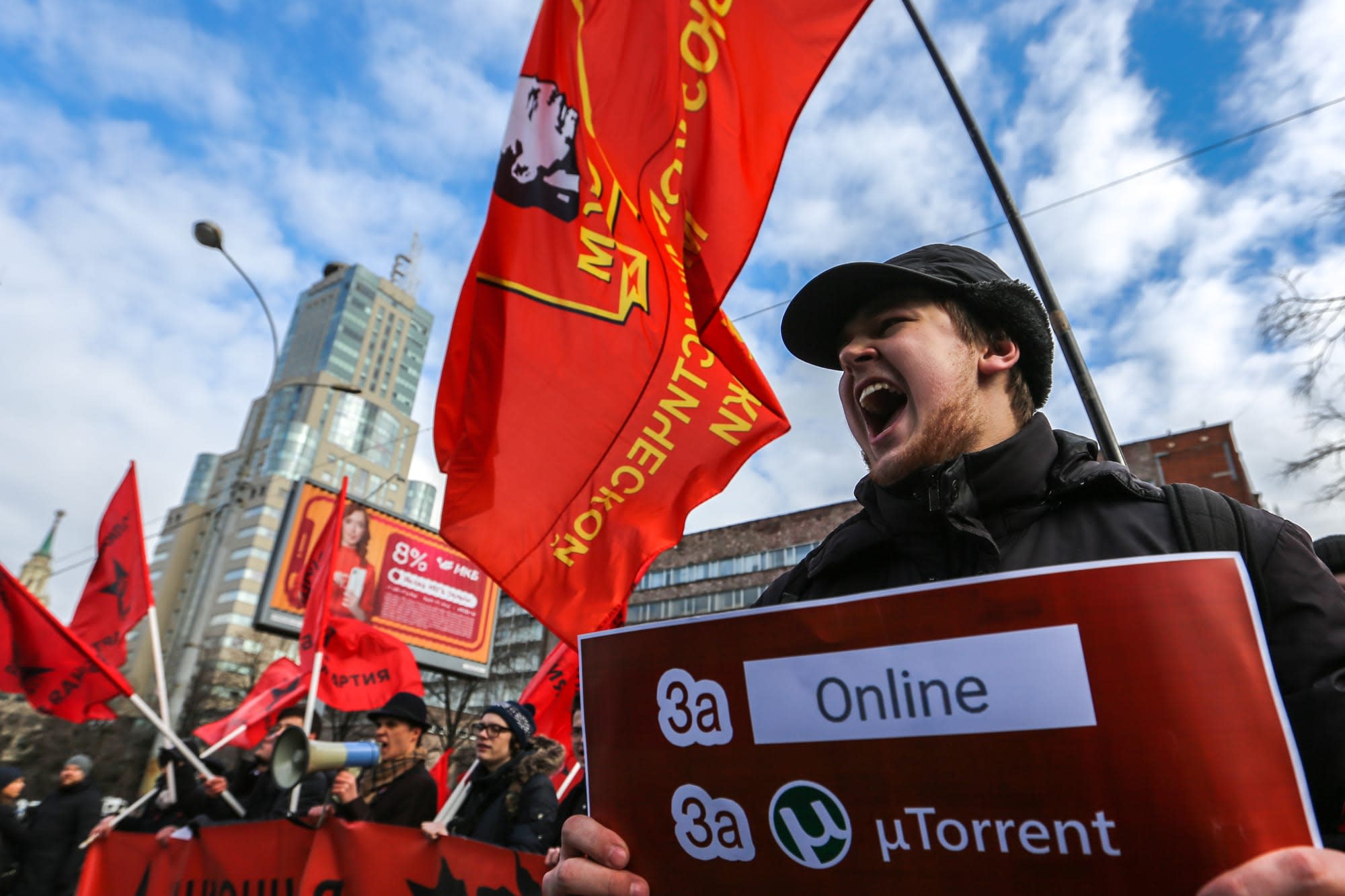 Russian President Vladimir Putin signed a bill into law on Wednesday that will tighten government control over the internet. The new law requires that internet service providers in Russia unplug from foreign servers. It also calls for the creation of a national domain system that would allow the country to stay online if it was ever cut off from the global internet. The law will go into effect on November 1st, the Financial Times reports.

Russian officials first submitted the measure back in December as a response to US cyber strategy following the 2016 presidential election. The bill drew fierce criticism from civil liberty groups and Russian citizens due to fears it would only increase government censorship. "Free Internet" rallies held in Moscow were some of the biggest the media had seen in years, according to NPR. A state-funded poll found that 52 percent of Russians disapprove of the bill.

Russia's internet freedoms are already in a dismal state. The Russian government already blocks websites, limits the use of VPNs, and designates media outlets that receive foreign funding as "foreign agents." Last year, a Russian court ruled that the nation could ban the encrypted messaging app Telegram. In its 2018 "Freedom on the Net" report, Freedom House classified Russia as "not free," citing continuous efforts by lawmakers to restrict content and prevent Russians from keeping their online identities anonymous.

In this article: internet freedom, kremlin, politics, Putin, russia, tomorrow, vpn
All products recommended by Engadget are selected by our editorial team, independent of our parent company. Some of our stories include affiliate links. If you buy something through one of these links, we may earn an affiliate commission.