It's a free mobile iOS app for iPhones and iPads.

Adobe has unveiled Aero, a new Creative Cloud app that lets you create AR apps on iOS using ARKit 2 and up, supposedly without any coding experience. First previewed at Adobe Max last year, you simply use a visual UI rather than complex code, and "step-by-step instructions will take you through creating your first AR scene," Adobe wrote in a press release.

Along with the visual UI, you'll be able to create 3D animations by using your hands and phone or tablet to place objects in space, shape their paths and add triggers so viewers can interact with your objects," Adobe said. That'll make AR creation easier to, well, grasp, while helping creators deliver mobile experiences faster. 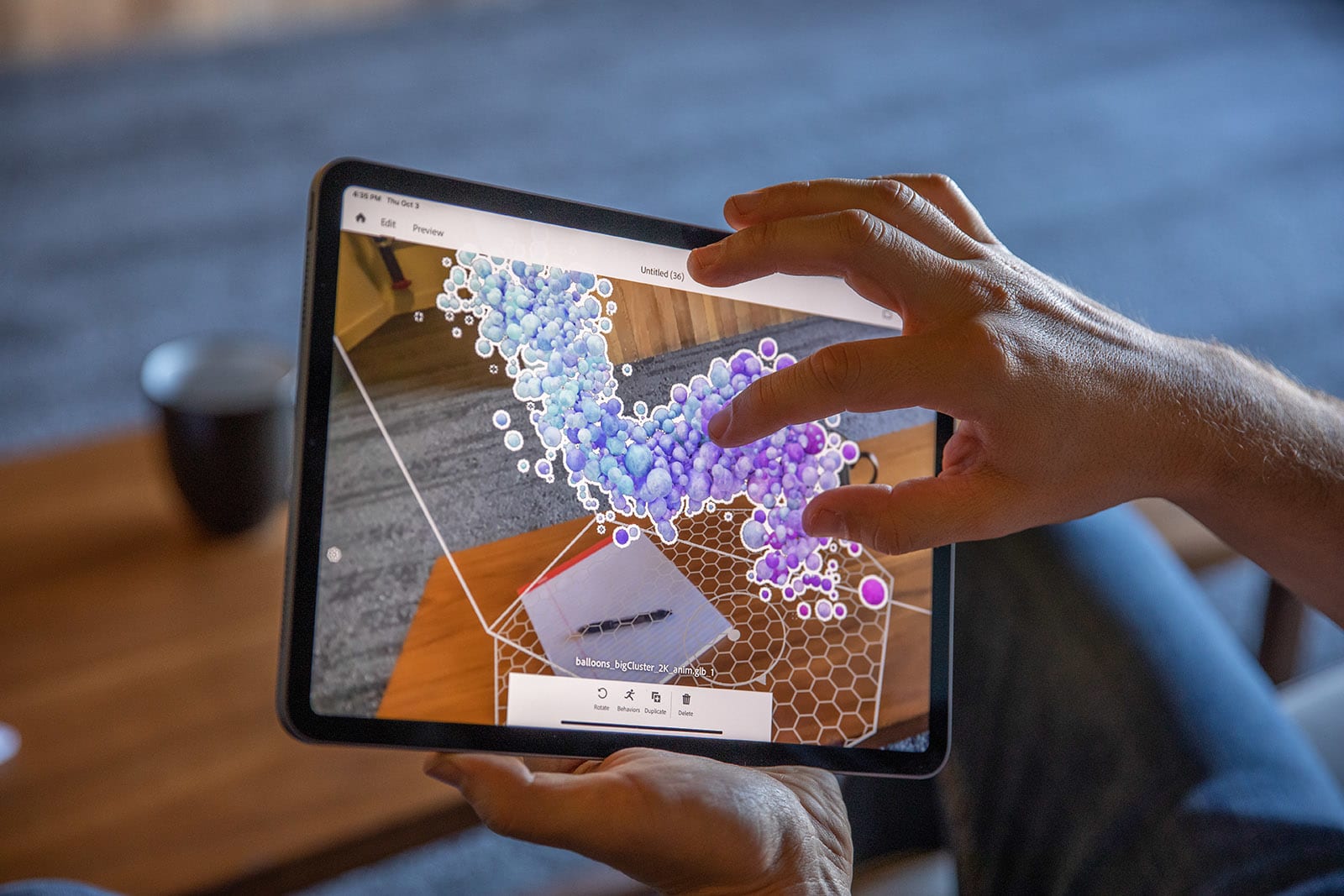 As it's part of the Creative Cloud, Aero will work with content creation apps like Photoshop and Dimension. Adobe is also trying to standardize interaction models and file formats, and is working with open standards efforts like usdf and GlTF, along with platforms and content creators including Pixar, Apple, Facebook and Microsoft.

Adobe has cited a few companies using the app to give an idea of what you can do with it. Mixed-media artist Gabe Barcia-Colombo used the app to create an update for his Descent AR experience that lets visitors peer inside the dreams of avatars created from scans of real people. Terminator: Dark Fate, meanwhile, lets you enter a 3D scene from the movie of the same name that's dropping this week.

Along with the app, Adobe has also launched the Adobe AR Residency program that will let artists create AR apps and give feedback to the product team in return. Adobe Aero is now available as a free iOS app for iPhone and iPad, though you'll likely have to pay for Adobe stock content, and you'll need to register to get an Adobe ID.

All products recommended by Engadget are selected by our editorial team, independent of our parent company. Some of our stories include affiliate links. If you buy something through one of these links, we may earn an affiliate commission. All prices are correct at the time of publishing.
View All Comments
Adobe unveils Aero, its first augmented reality creation app
Adobe
AdobeAero
Aero
AR
Augmented Reality
CreativeCloud
design
gear
iOS
iPad
iPhone