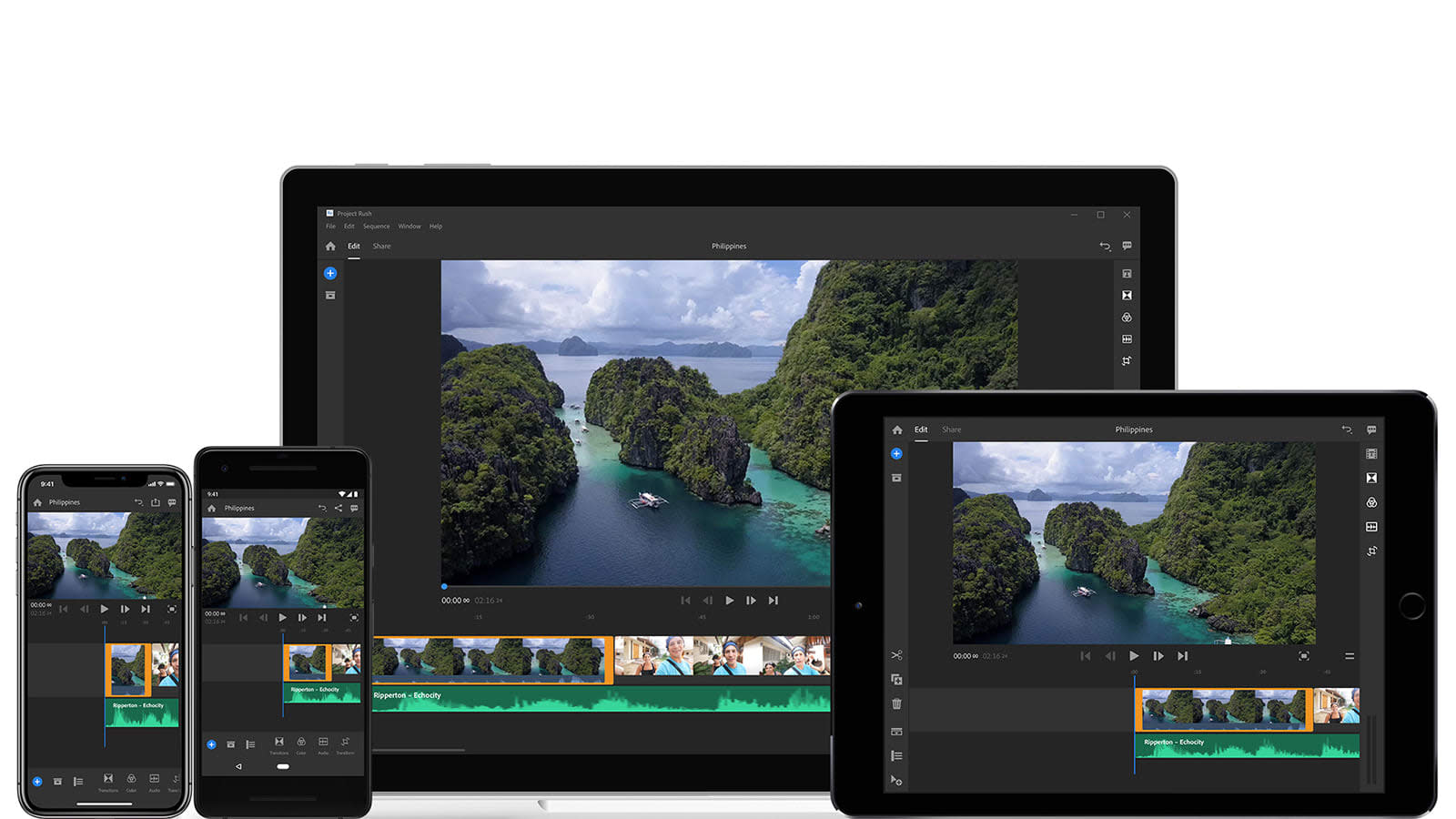 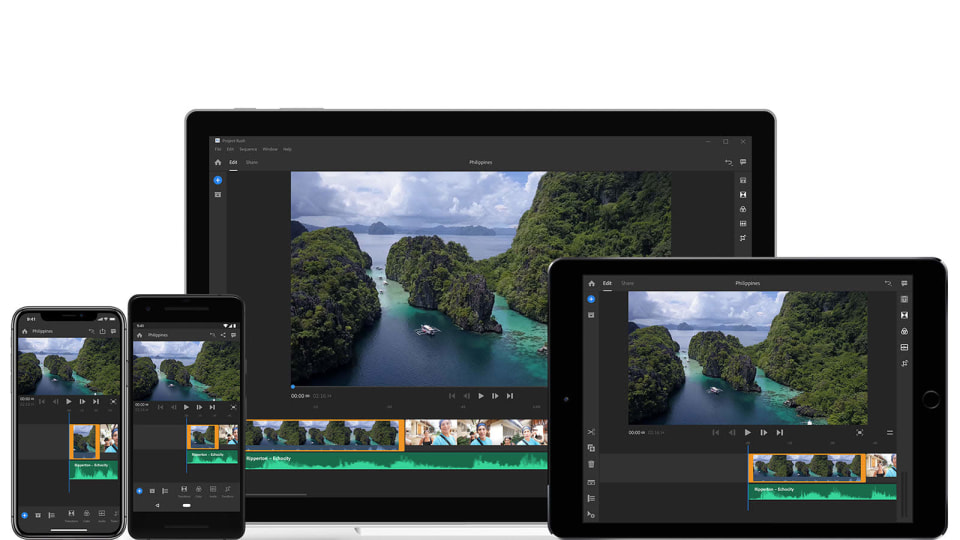 At its big MAX 2018 shindig, Adobe unveiled a host of new apps for content creators on the go, including a new video editor called Premiere Rush CC for YouTubers and Photoshop CC for iPad. It also unveiled Project Aero, a new AR app designed for artists and designers, along with new versions of most of its major apps and updates to its Sensei AI assistant.

First unveiled as Project Rush in June 2018, Premiere Rush CC is a new, easier-to-use version of Premiere Pro CC aimed at YouTubers and other video content creators. It lets you do everything including capture, edit, color correction, audio and motion graphics, then publish your masterpiece to YouTube, Instagram and other social platforms. "Content creators do not have to be video, color or audio experts to publish professional-quality videos," Adobe said.

On top of being relatively easy to learn and use, Adobe promises "anytime, anywhere" access to the app. Via Creative Cloud CC, you can create a project on one device than publish it on another, "with a consistent user experience across phone, tablet and desktop." It's easy to change a video's orientation to portrait, square or landscape depending on the device you're publishing to. The mobile apps aren't stripped down versions, either, as Adobe added that the color correcting, audio cleanup and other tools are of professional caliber and work exactly the same on mobile devices as on desktop.

Adobe Premiere Rush CC runs on iOS and Android phones, iPads and desktop systems. It's now available on desktop (Mac and Windows) and iOS, and will be coming to Android soon. As you'd expect from Adobe, it's only available as a subscription and costs $10 a month for individuals or $20 for teams. If you already have Premiere Pro CC, a student plan or the main All Apps subscription, it will be included for free in your package.

Apple has been touting its stylus-equipped iPad Pro as a desktop replacement, but many content creators can't do much without Adobe's suite of apps. In a sign that they're coming soon, Adobe has previewed Photoshop CC for iPad, designed to "deliver the power and precision of its desktop counterpart." You can open and edit native Photoshop (PSD) files on the devices, and switch back and forth between desktop and tablet via Adobe's Creative Cloud. That app will eventually be cross platform for smartphones as well, but first it will come to the iPad in 2019.

Project Gemini, meanwhile, is a new app aimed at artists that marries raster, vector and dynamic brushes into a single app. The idea is to let artists use and sync their brushes with the main Photoshop CC app.

Apart from the new apps, Adobe unveiled "major updates" to Photoshop CC, Lightroom CC, After Effects CC and other Creative Cloud apps. Photoshop CC gets a new content aware fill option that lets you choose the pixels to include and, most importantly, exclude when you're trying to erase or replace image objects -- a much needed improvement. It also includes preview mode to let you check the results before committing.

The app will also soon let you sync your projects with Photoshop CC running on other devices, but that feature won't come along until later. Other apps will also play better with their counterparts, letting you use Animate with After Effects and Character Animator, for instance, and Adobe XD with After Effects.

Finally, Creative Cloud CC is getting over a dozen new Adobe Sensei AI assistant tweaks. Along with the aforementioned Content Aware Fill for Photoshop CC, InDesign CC has gained "Content-Aware Fit" feature that automatically crops an image to fit within a frame. Freeform Gradients will let Illustrator users create natural gradients, and a new Character Animator CC tool will transform any portrait "into a vivid, animated character," Adobe said.

Many of these features will be rolling out with the latest Adobe Creative Cloud CC apps, but some are just previews that won't come until later. Adobe will also no doubt be showing some Sneaks -- futuristic features that may or may not be included in upcoming apps -- during Adobe Max 2019. For more about all that launched at MAX 2018, check Adobe's launch post and the video above.

In this article: Adobe, AdobeMax, CreativeCloud, design, gear, ipad, PhotoshopCC, PremiereRush
All products recommended by Engadget are selected by our editorial team, independent of our parent company. Some of our stories include affiliate links. If you buy something through one of these links, we may earn an affiliate commission.