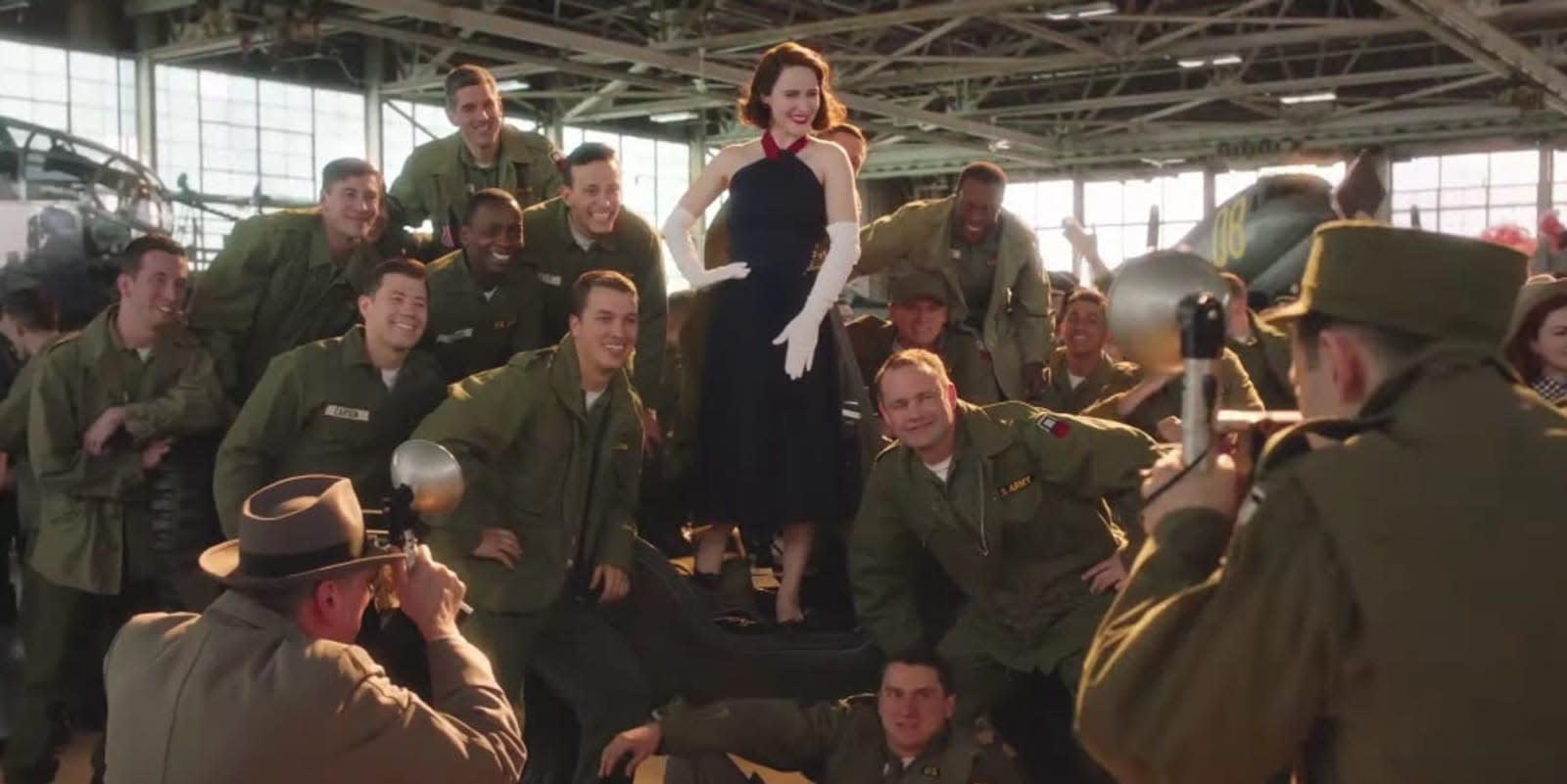 December means it's time to catch up on some streaming during the only time of the year that anyone can tolerate holiday-themed films. Amazon Prime Video has you well covered with new seasons of some popular series, several Marvel films and exactly the right number of Christmas specials (one). Oh, and Amazon is even carrying some football games. Here's what's coming in a fairly full holiday schedule.

The Marvelous Mrs. Maisel has been renewed for a third season and will appear on Amazon Prime Video starting on December 6th. This time around, Midge Maisel breaks free from Greenwich Village to go on her first tour around the US as a professional comedienne, even doing a USO tour.

Also coming back is season four of The Expanse, which takes us beyond the Ring Gate for the first time. With thousands of Earth-like planets suddenly accessible, there's a land rush on. Settlers are keen to colonize a resource-rich planet called Ilus, home of a long-dead ancient civilization, but they're unaware of some larger dangers.

To get into the holiday spirit, Amazon will start streaming its first ever holiday special, the Kacey Musgraves Christmas Show starting on November 29th. Based around songs by the country/pop singer, the special "pays tribute to holiday specials of the past whilst also reinventing just what a Christmas special can be, with a magically modern twist," Amazon said.

Amazon is also unveiling an original movie called The Aeronauts, which will appear in theaters on December 6th and stream starting on December 20th. Starring Felicity Jones and Eddie Redmayne, it tells the story of a pioneering hot air balloonist (Jones) and meteorologist (Redmayne) who faced danger to further scientific discovery and break new altitude records.

Amazon has also released three new Marvel films, Captain America: The First Avenger, Thor and The Avengers. Other new films coming on December 1st include Almost Famous, Hamlet (1990), Out of Time, The Winning Season, Footloose, The Aviator and Hancock. Later in the month, you can catch My Boss' Daughter, The Last Black Man in San Francisco, Light of My Life, Fast Color, The Kill Team, Night Hunter, A Christmas Carol (2009), Jingle All the Way, Show Dogs and Bumblebee.

Finally, the holidays are all about sports and Amazon has some options there, too. You'll be able to catch the Presidents Cup golf tournament starting December 11th with Tiger Woods captaining the US against the International squad. If football is more your thing, watch the Cowboys take on the Bears on December 5th and the Jets vs. the Ravens on December 12th. For more, check here.

In this article: amazon, Amazon Prime Video, av, entertainment, The Aeronauts, The Expanse, The Kacey Musgraves Christmas Show, the marvelous mrs maisel
All products recommended by Engadget are selected by our editorial team, independent of our parent company. Some of our stories include affiliate links. If you buy something through one of these links, we may earn an affiliate commission.