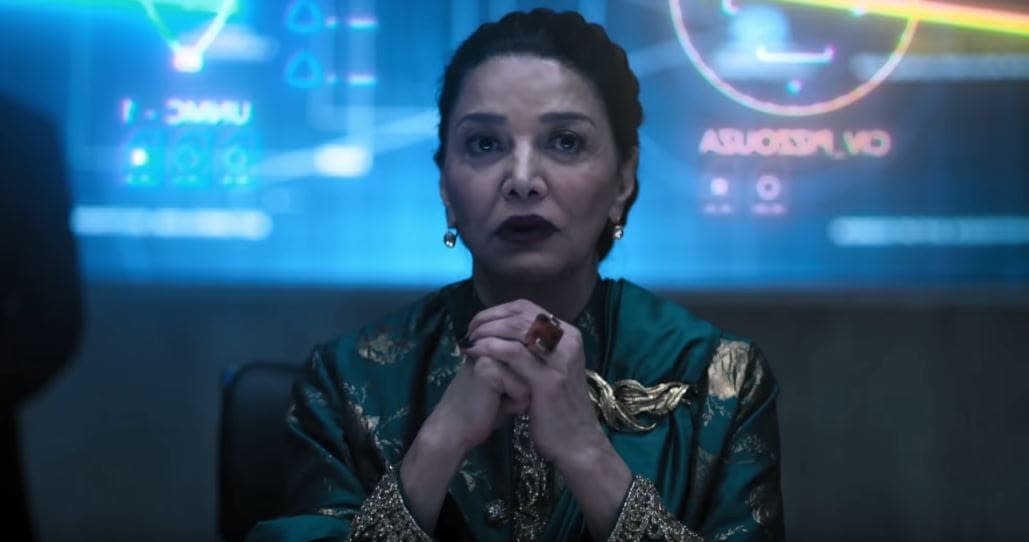 Sci-fi fans were delighted earlier this year when Amazon rescued beloved series The Expanse from cancellation by the Syfy channel. Season 4 of the show is coming on December 13th, but if you can't wait until then, there's a new trailer out giving a preview of what to expect.

As well as the cast of familiar characters including the crew of the Rocinante, Bobbie, Drummer and Chrisjen, there are some new faces including Burn Gorman of Torchwood and Pacific Rim fame, plus Lyndie Greenwood who you may remember from Sleepy Hollow. There's even a tantalizing shot of the almost-certainly-deceased Joe Miller, though whether he's a ghost, a vision or something else remains to be seen.

This season is set to examine what lies on the other site of the Ring Gate which the Rocinante passed through at the end of last season, and the "blood-soaked gold rush" to control the new territory. It looks to be as political as ever, with Belter refugees claiming the world on the far side of the gate as their own and Earth forces looking to seize control of the planet for themselves, along with horror elements and the usual rich world building.

In this article: amazon, amazon prime video, entertainment, internet, syfy, the expanse, trailer
All products recommended by Engadget are selected by our editorial team, independent of our parent company. Some of our stories include affiliate links. If you buy something through one of these links, we may earn an affiliate commission.