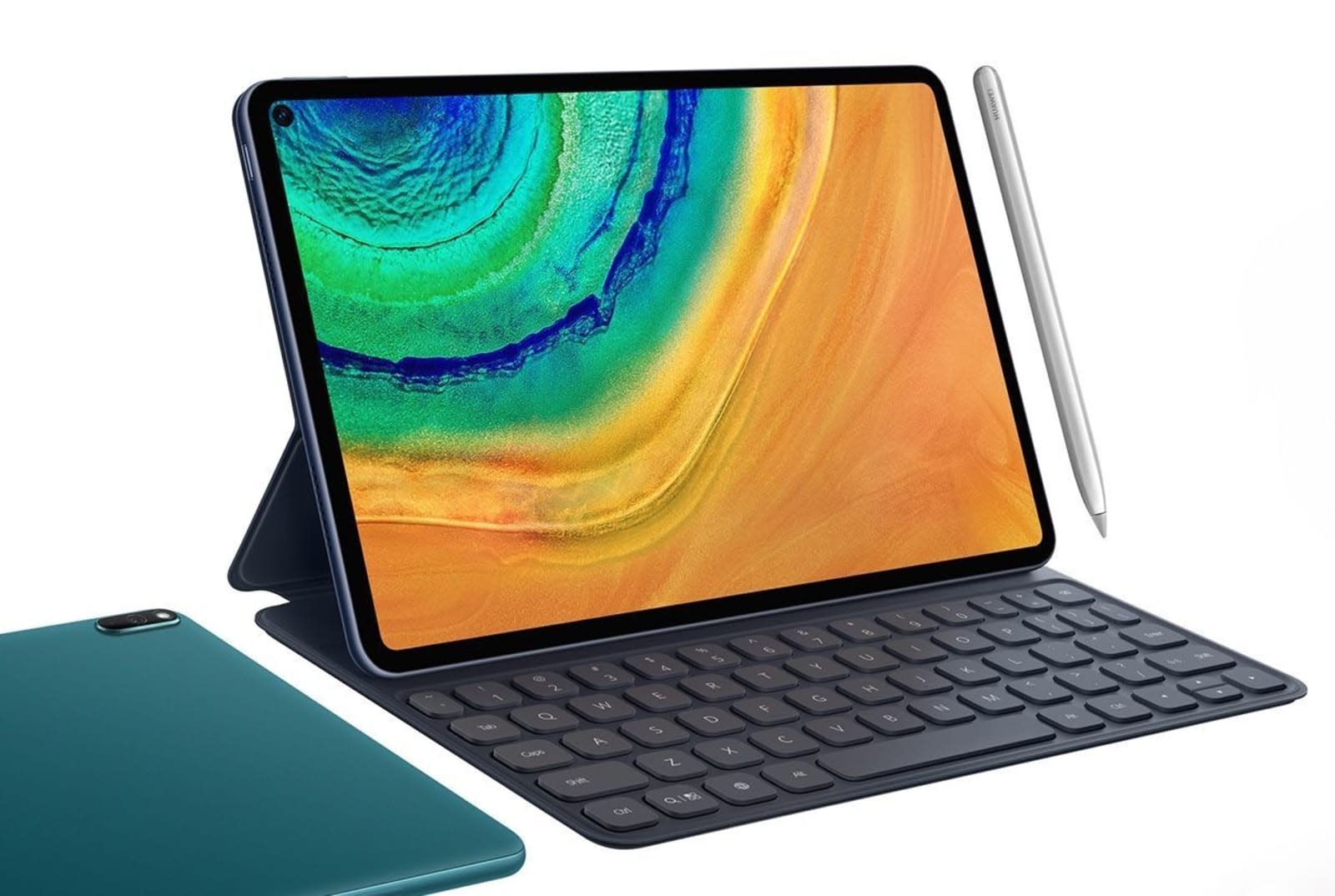 Huawei has unveiled the 10.8-inch MatePad Pro, an iPad Pro-like tablet that we saw earlier via a leak. While it does bear a strong resemblance to Apple's 11-inch iPad Pro, the MatePro has even slimmer 4.9mm bezels made possible by an 8-megapixel hole-punch front camera, according to Engadget Chinese. It's also got a slightly higher-resolution 2,560 x 1,600 display that can output a very bright 540 nits while supporting the DCI-P3 color gamut.

As we mentioned before, the MatePad Pro does strongly resemble an iPad Pro, especially with the keyboard attached. On top of that, Huawei elected to digress from its regular MediaPad tablet naming scheme, going with the MatePad laptop moniker instead.

It weighs about the same as the 11-inch iPad Pro (460 grams), but it's a bit thicker at 7.2mm compared to 5.9mm. Other specs include Huawei's Kirin 990 processor and Android 10-based EMUI 10, so it likely wouldn't have the Google Play store for international versions. It's got a 13-megapixel main camera, 7,250 mAh battery with 40W wired fast charging (15W wireless charging), quad Harman Kardon speakers, and a 5-microphone array.

In this article: aoloriginals, Bezels, dailyshow, EMUI 10, engadget, engadgettoday, engadgetvideo, entertainment, gear, Huawei, iPad Pro, Kirin 990, MatePad Pro, mobile, punch-hole camera, Tablet
All products recommended by Engadget are selected by our editorial team, independent of our parent company. Some of our stories include affiliate links. If you buy something through one of these links, we may earn an affiliate commission.