Serial leaker evleaks says it will be called the 'MatePad Pro.'

Renders of an upcoming Huawei tablet have leaked, and they show a device that looks like the iPad Pro with a "hole-punch" front-facing camera design. 91mobiles, which posted the first batch of leaked renders, suggested that it may be MediaPad M6's successor and will likely be called the MediaPad M7 based on the company's naming scheme. Serial leaker Evan Blass, however, tweeted his own photo of the tablet (see above) and said it's going to be called the "MatePad Pro" instead. Huawei's laptops are called "MateBooks," so that name doesn't exactly come out of left field. 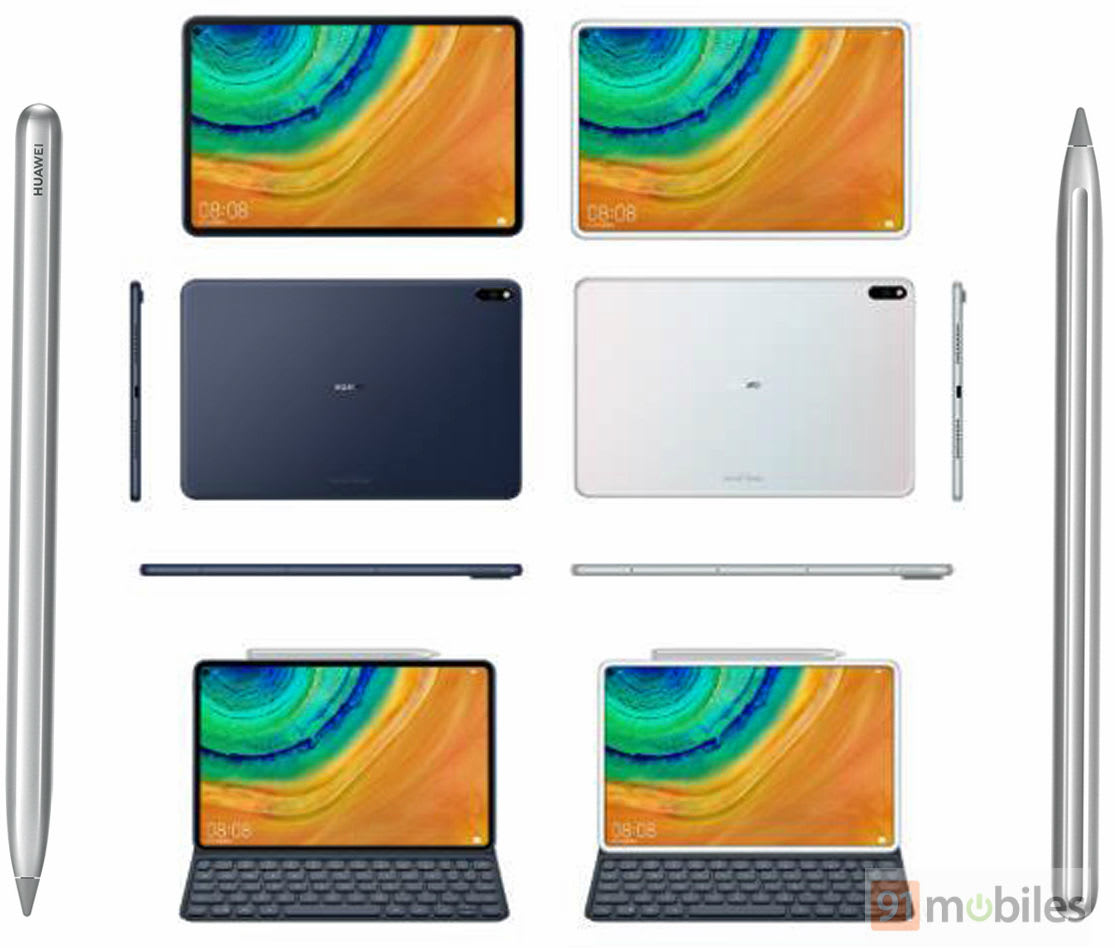 Whatever it ends up being called, it looks like the tablet (codenamed "Marx") will have thin bezels and will support the company's M-Pen stylus, as well as its smart magnetic keyboard. When set up with the keyboard, it really does look like the iPad Pro. The renders also show that the tablet will be available in at least two colors -- black and white -- and will come with a USB-C port flanked by two speakers. It's still not clear, however, if the device will have a 3.5mm jack.