Square Enix has confirmed that work is underway on the second chapter of its Final Fantasy VII Remake, and also unveiled new screenshots and detailed what we can expect from the first chapter. It seems like "remake" is a bit of a misnomer, as it looks like a highly expanded version of the original. "Though [the new characters] aren't main characters, their numbers ended up growing considerably in the process of creating a rich depiction of Midgar," said director Tetsuya Nomura.

The first chapter will take place largely in the cyberpunk city of Midgar we all know and love, but there will be some new antagonists there. "When you think of Midgar's final boss, you probably think of the M.O.T.O.R., but in this game new bosses will appear and add to the excitement of the story even more," Nomura said.

The new environments are obviously quite a bit more immersive than the originals, though perhaps lacking their charm, as we can see in a tweet from Eurogamer's Aoife Wilson.

The weapons system (below) has been heavily revised, with each weapon having unique abilities that grow more advanced as they're used. "When an ability's proficiency level reaches the maximum, that ability is then learned by the wielder and can be used when wielding any weapon," Square Enix said. For instance, Cloud's Buster Sword upgrade screen lets you improve the holder's status or bump up the number of Materia slots. 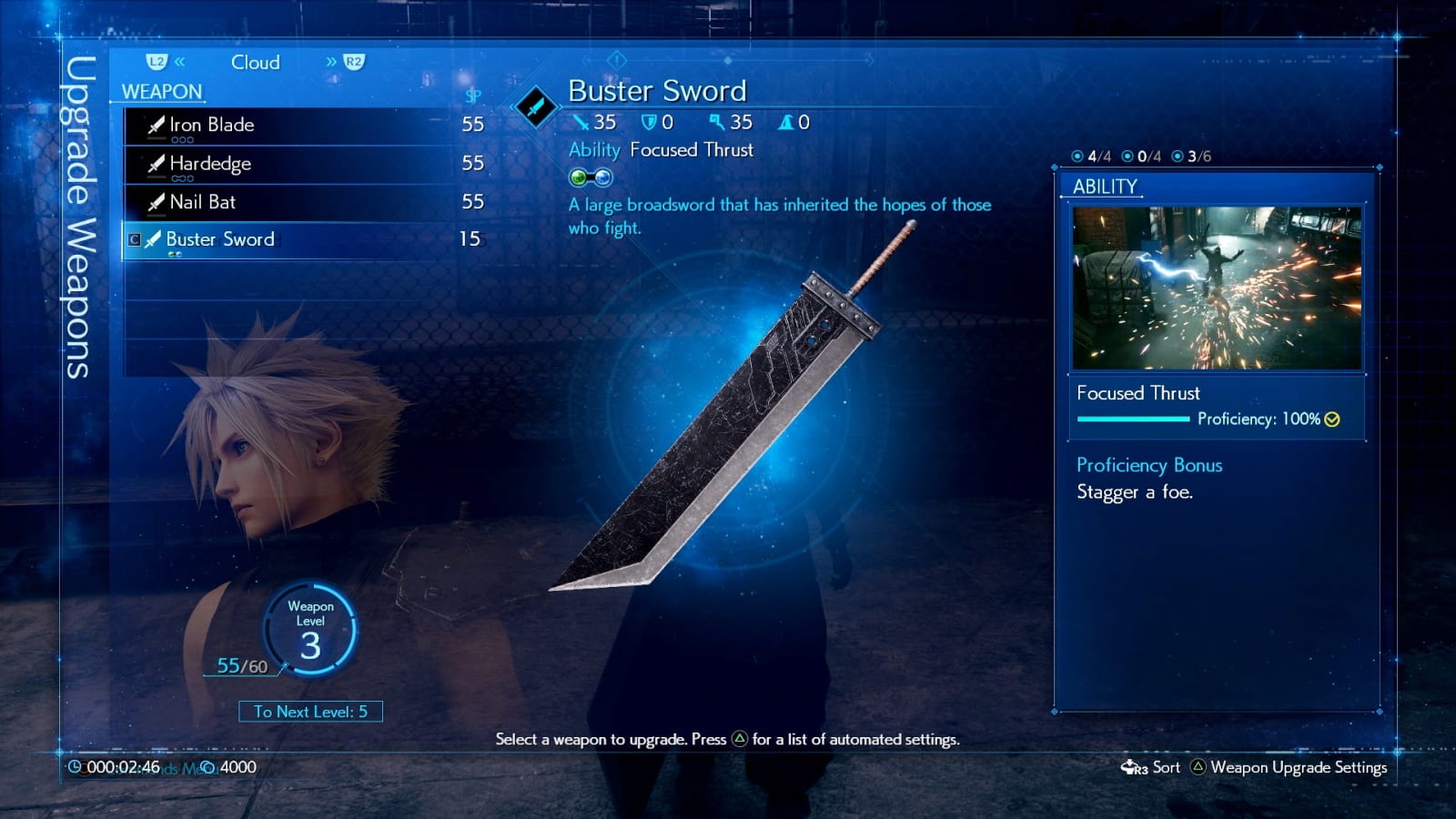 Other tools let you change a character's fighting style, summon allies, assess enemies and, well, play darts in Seventh Heaven. All told, the first chapter of the remake looks like a good balance between modern and classic. "We've left in the elements that will have you going 'Ah, that's what it was like!', and yet you'll still be able to enjoy the world of Final Fantasy VII in its new and fresh style," said lighting director Iichiro Yamaguchi. It's set to arrive on PS4 on March 3rd, 2020, with no date yet for the next chapter.