'Star Wars: The Rise of Skywalker' is made for fans, but fails them

Our spoiler-free take: It's a wasted opportunity.

Star Wars: The Rise of Skywalker is a disappointment. That's not to say it's a bad movie -- it delivers the wild set pieces, operatic drama and unique characters we've come to expect from the franchise. But The Rise of Skywalker is a supremely unchallenging film. It's predictable to the point of being dull, and it does nothing to push the series forward. Coming off of The Last Jedi, a film that dared to innovate with what a Star Wars movie could be, Rise of Skywalker feels like a missed opportunity. It'll undoubtedly be a crowd-pleaser, but as I sat in the theater, watching the gang run through yet another set piece on the brink of death, I couldn't help but sigh. We could have had so much more.

In many ways, Rise of Skywalker is a response to fan criticism of The Last Jedi, a movie that suggested a powerful young Jedi can come from anywhere; that Luke Skywalker himself failed to prevent his nephew from following in the footsteps of Darth Vader; and that the Jedi might not actually be the wisest folks in the galaxy. A subset of Star Wars fans, seemingly triggered by the idea that the franchise could be more progressive and inclusive, reacted with the racism and misogyny we've often seen with online discourse in the post-Gamergate era.

It's one thing to make a fan-friendly Star Wars movie -- it's another to have one that responds to the worst elements of the fandom. Without spoiling much, I can say that Rise of the Skywalker retroactively "fixes" many of the decisions director Rian Johnson made with that film, no matter how interesting they were. Worst of all, very little about what changes in the film feels organic. The trailers already revealed that Emperor Palpatine is back, somehow surviving being thrown into the Death Star's reactor by Darth Vader. So instead of facing new challenges, our heroes are dealing with a vestige of the original trilogy, who once again has his manipulative fingers in every part of the story.

Director J.J. Abrams, who also helped bring Star Wars out of hibernation with The Force Awakens, described The Rise of Skywalker as a "pendulum swing" in the opposite direction of The Last Jedi. In a New York Times interview, he praised the previous film for being subversive and taking bold choices, but he noted, "On the other hand, it's a bit of a meta approach to the story. I don't think that people go to 'Star Wars' to be told, 'This doesn't matter." The problem with Rise of Skywalker, like many nostalgia-infused projects, is that it holds everything that came before it with such reverence, there's little room to add anything new. (Billy Dee Williams once again plays Lando Calrissian in the film. But why is he there, beyond delivering a dose of nostalgia? Never mind, onto the next set piece!)

I suppose we could have seen this coming. The Force Awakens also tapped into our memories of the franchise, so much so that many consider it a practical remake of A New Hope. Abrams works best when he's playing with concepts that we already understand, instead of forcing us to consider new perspectives. But even so, that movie also gave us plenty of time to learn about the new characters: Rey, an orphaned scavenger with latent Force abilities; Finn, a former Stormtrooper raised as a child solider; Poe Dameron, a hot-shot pilot; and Kylo Ren, a Sith warrior who wants to redeem the legacy of his grandfather, Darth Vader. 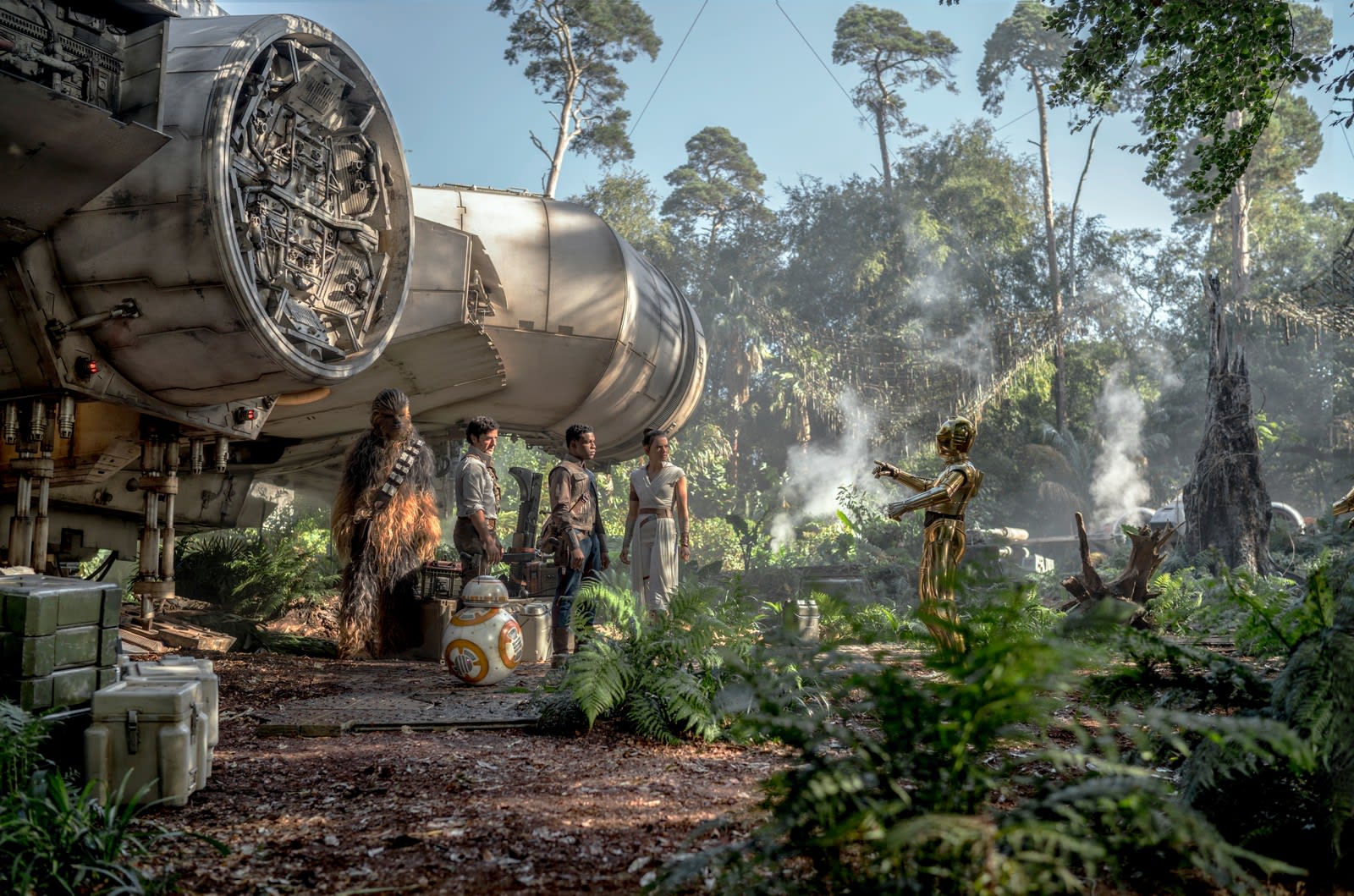 The shape of The Force Awakens felt familiar -- once again there was another planet destroying super-weapon to stop, one even bigger than the Death Star -- but it managed to introduce compelling new concepts. A villain who seemed to be fighting the light side of the force. A female hero who, in a moment of anger, reminds us of the Sith. Unfortunately, The Rise of Skywalker has little time to dwell on the inner lives of these characters. The story still centers on them, of course, but they spend most of the time running from set piece to set piece, chasing inane plot devices, that we lose their interiority.

"I think approaching any creative process with [making fandoms happy] would be a mistake that would lead to probably the exact opposite result," Rian Johnson said in a recent Radio.com interview (via Indiewire). "Even my experience as a fan, you know if I'm coming into something, even if it's something that I think I want, if I see exactly what I think I want on the screen, it's like 'oh, okay,' it might make me smile and make me feel neutral about the thing and I won't really think about it afterwards, but that's not really going to satisfy me."

The Rise of Skywalker seems fine-tuned to appease the Star Wars faithful, but in doing so, it also ends up being creatively bankrupt. In fairness, Abrams had a difficult task ahead of him: He had to end the new Star Wars trilogy; somehow tie together the storylines from the previous trilogies; and also work around the death of Carrie Fisher, who was initially going to play a much larger role in the film. And it didn't help that Abrams came aboard the project late, after the original director, Colin Trevorrow (Jurassic World), stepped down at the last minute.

Almost unintentionally, this new Star Wars trilogy mirrors the first films: A New Hope, The Empire Strikes Back, and Return of the Jedi. The first one introduces a new set of lovable characters; the middle entry makes bold and dramatic leaps; and the last one ties everything together in a neat, fan-approved bow. I'd expect many will have a blast with The Rise of Skywalker in theaters. But for anyone hoping for something new from Star Wars, it's hard not to feel let down.