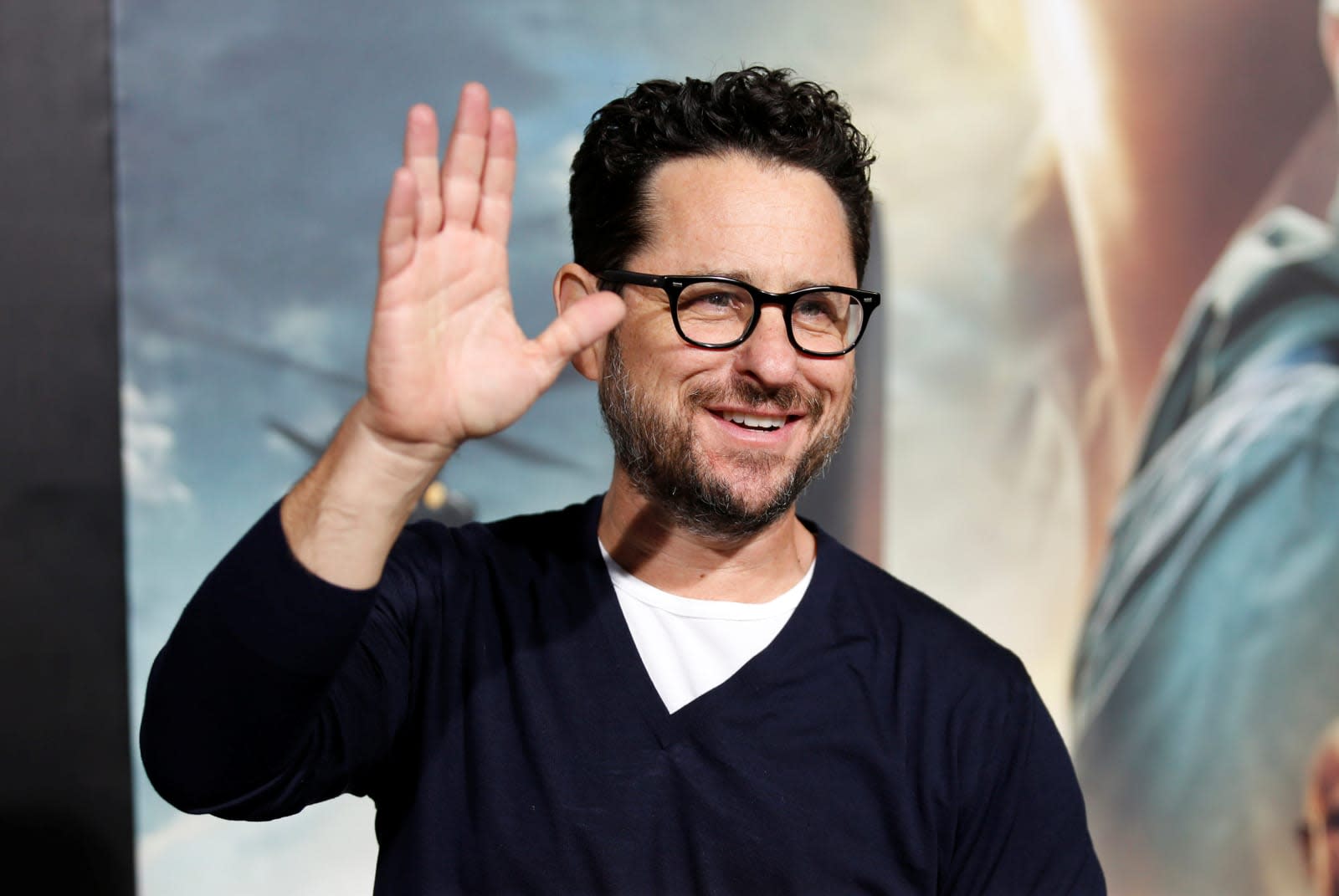 It's only been a week since Colin Trevorrow left (or was forced out of) the director's seat for Star Wars: Episode IX, but a familiar replacement is already lined up. J.J. Abrams, who you may know from such films as the Star Trek reboot, Super 8 and a little film called Star Wars: The Force Awakens will be writing and directing Episode IX. It's a very safe and familiar choice -- Abrams did an admirable job handling The Force Awakens, skillfully reviving the series after George Lucas' reviled prequel trilogy. Of course, there was also criticism that he played it too safe and essentially remade A New Hope, but all but the most jaded fans found his take on the universe to be a solid return for the long-dormant franchise.

"With The Force Awakens, J.J. delivered everything we could have possibly hoped for, and I am so excited that he is coming back to close out this trilogy," Lucasfilm President Kathleen Kennedy said in a statement.

The choice of Abrams makes sense given that Disney seems to want to play it safe with its investment in the Star Wars universe. Before Trevorrow left Episode IX, Disney also removed the directors Christopher Miller and Phillip Lord in favor of Ron Howard for the untitled Han Solo stand-alone film. Miller and Lord would definitely have represented a different direction for a Star Wars film, one that Disney was apparently not comfortable with.

Similarly, many fans were concerned that Trevorrow was out of his depth handling the movie -- particularly given that many feel he has only made one good film, and one not nearly as daunting as the closing chapter of a Star Wars trilogy. Abrams has already proven he's up to the task, and there's something to be said for having creative continuity within a series. Still, we'll first have to see how director Rian Johnson deals with The Last Jedi, which arrives on December 15th.

Update: Following the Abrams news, Deadline reports the release date for Episode IX has been pushed to December 2019. It was originally set for May 20, 2019.

In this article: business, colintrevorrow, disney, entertainment, episode9, episodeIX, jjabrams, starwars
All products recommended by Engadget are selected by our editorial team, independent of our parent company. Some of our stories include affiliate links. If you buy something through one of these links, we may earn an affiliate commission.