The best games on Apple Arcade

In its first few months, the service has already built up a strong library.
Engadget|12.20.19
@engadget

Apple Arcade surprised us. It had an entertaining launch lineup and followed it up with many tempting new additions to the all-you-can-play service. Apple may be more selective with their Arcade entrants than the free-to-play, in-app-payment-loaded games found in the App Store, but there are already 100 games to choose from -- it's already hard to know where to start.

So we've given you ten options. While most of you will be playing Arcade from your phone, don't forget you can play across, iPad, Mac and even your Apple TV, too. Some of them benefit from bigger screens and the addition of a Bluetooth controller. (Protip: Your Xbox and PS4 controllers are compatible.)

Are we missing something incredible? Get in touch. 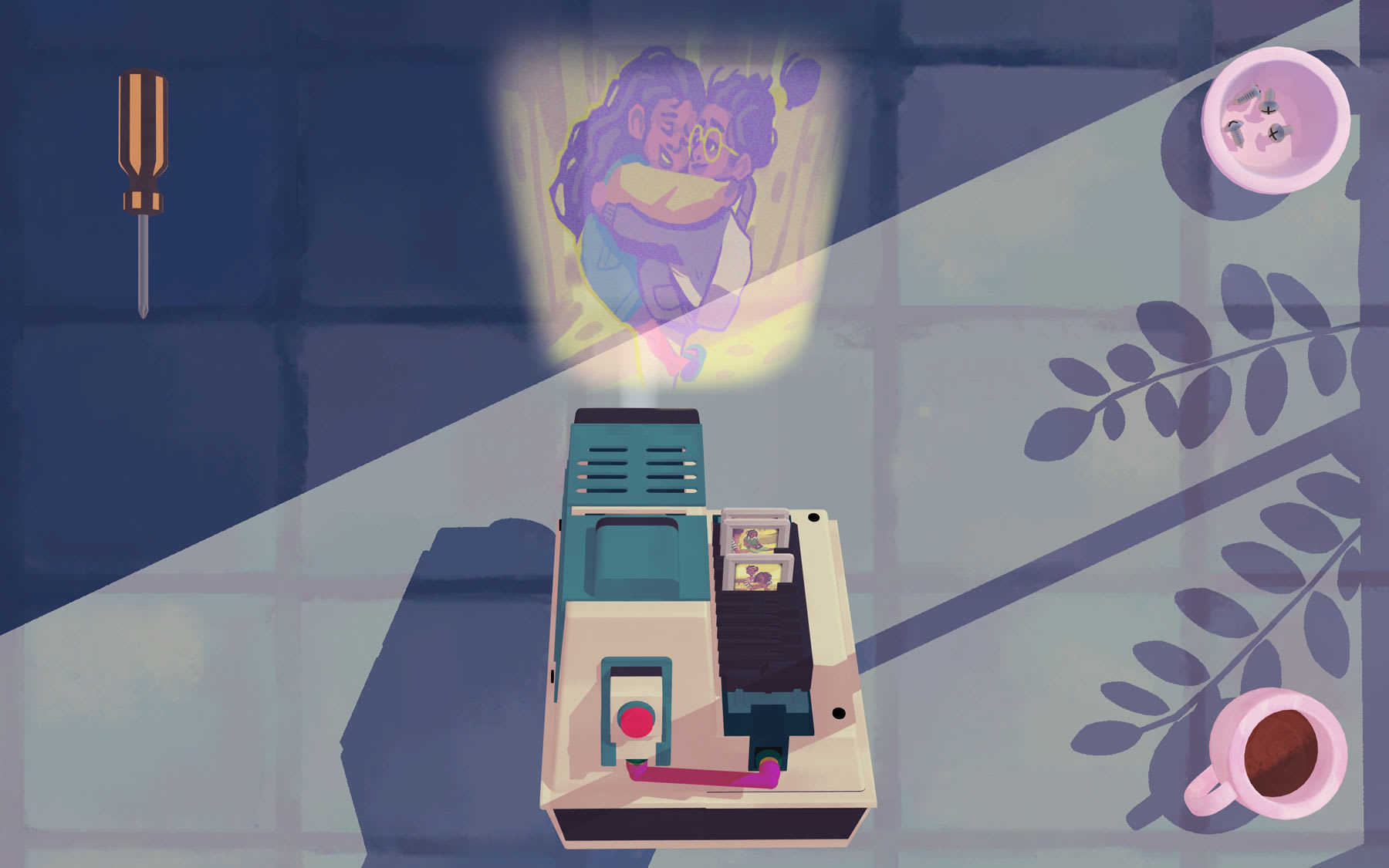 Cassette players. Film cameras. Slide projectors. In Assemble with Care, antique restorer Maria must repair objects and, in the process, help each owner 'fix' a fractured relationship. It's wonderfully satisfying to take apart an old gadget and figure out how all of its components -- which often include dinky cogs, wires and screws -- fit together and affect each other. The whimsical puzzles slowly scale in difficulty but are, thankfully, always simpler and quicker to complete than the real-life objects they're inspired by. The story is a brisk and heart-warming affair about reconnecting with loved ones. If you need a feel-good pick-me-up to play at home or on the go, the latest from Monument Valley developer UsTwo Games is a great place to start. NS

Get Assemble With Care on Apple Arcade 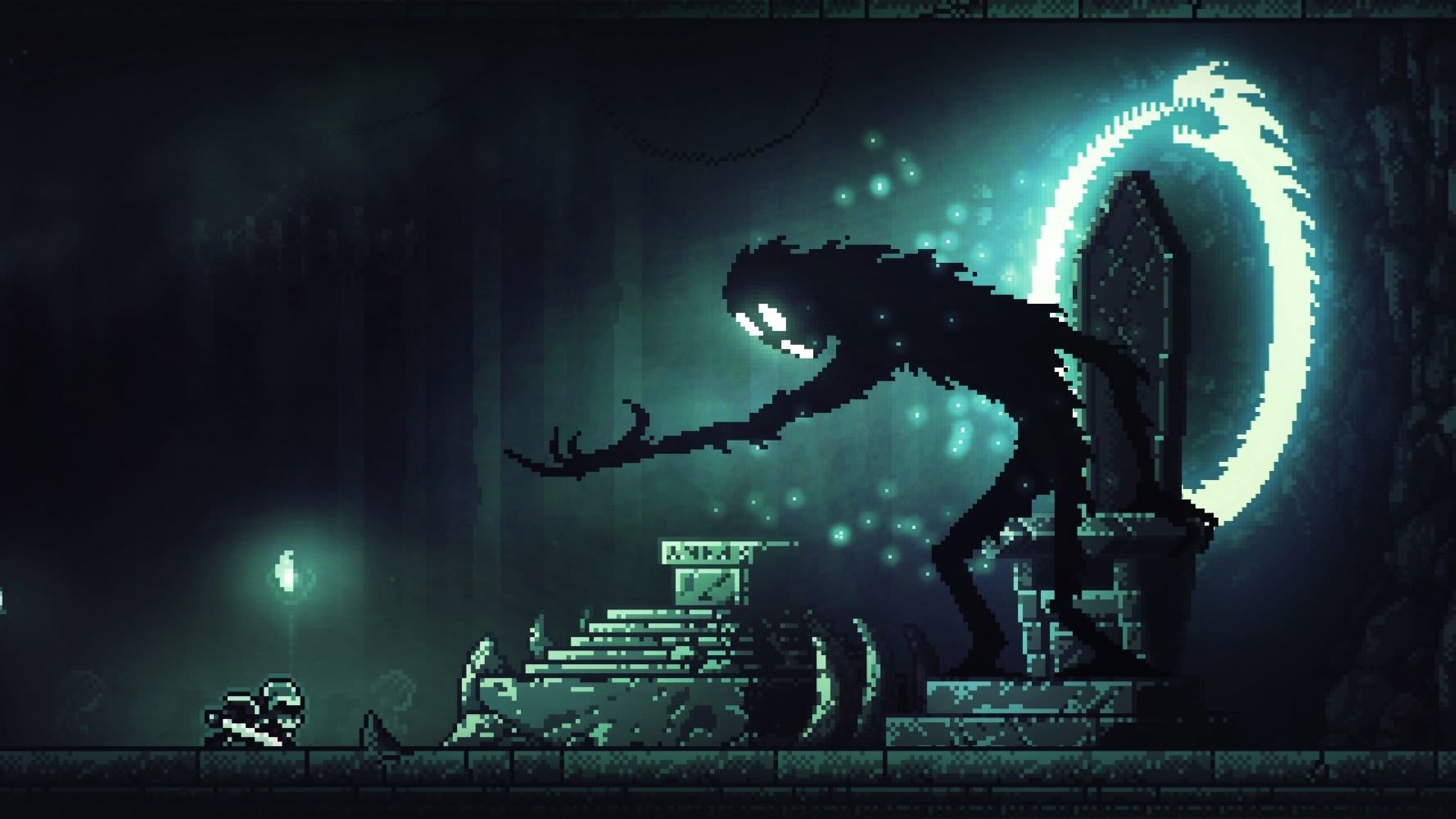 Inmost loads up with an emotional warning, juxtaposed against the cute, if moody, pixelated look. Chunks of the game are intentionally slow and labored while other parts will find you dashing and attacking mysterious shadows and beasts. You swap between three characters with different abilities and control systems, making for a rich adventure that attempts to deal with mature themes without excessive signposting. The game is a little buggy at times, and I'd advise playing cautiously to ensure autosaves help more than hinder. Despite those frustrations, Inmost is a game worth your time. MS

Get Inmost on Apple Arcade 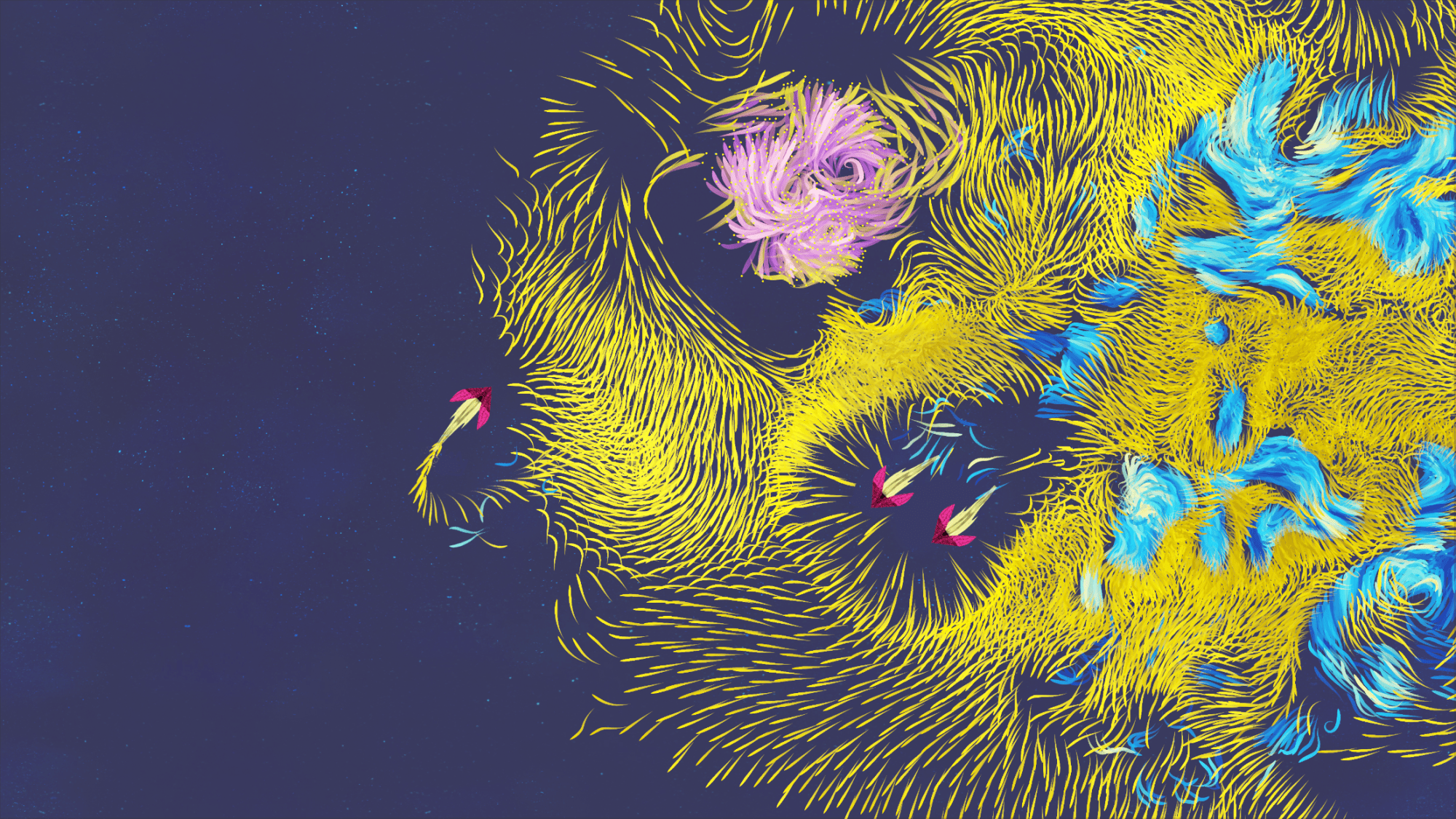 This weird-game-as-meditation proves that Apple Arcade isn't just a home for the kind of games you've already played on your phone. With a committed source of income from the service, the hope is that game makers can take more risks and create experiences that might not have otherwise made it in the cutthroat world of mobile gaming.

In Lifelike, you play as a tiny ball of light, interacting and making melodies with the particles (organisms?) around you. The game is broken down into levels which also act as a track listing, with each one offering a different audio experience and interaction dynamic. There is no built-in tutorial, it's up to you to figure out what to do and where to go. Discovery is half the joy of Lifelike. MS

Get Lifelike on Apple Arcade 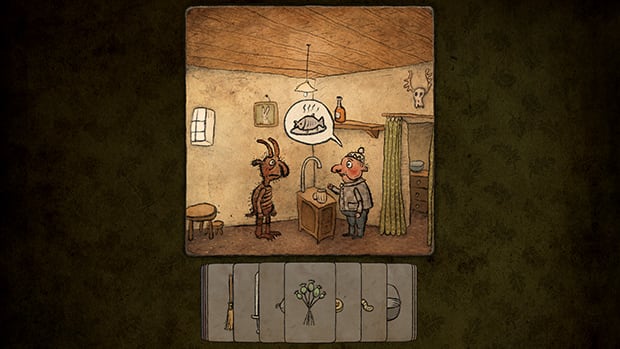 As you might have noticed from several games on this list, Apple Arcade is at its best when its games get weird. Pilgrims is part of that vanguard. The game kicks off with your character needing to board a riverboat. Unfortunately, the boatman's pet songbird has flown away, and he's going nowhere without it. So it's up to your pilgrim to trade, experiment and explore this weird kingdom, and its dragons, bears, devils and water demons. There are flashes of Monkey Island and Grim Fandango, but instead of point-and-click, it's more tap-and-drag. The gameplay involves you pairing items with characters, whether they're in your gang or are innocent non-playable characters that populate this occasionally grim fairytale land. My advice would be to experiment and, well, be stupid. There are more than 40 interactions and vignettes to unlock, even if they aren't needed to progress and complete the game -- and they're arguably the best parts. MS

Get Pilgrims on Apple Arcade 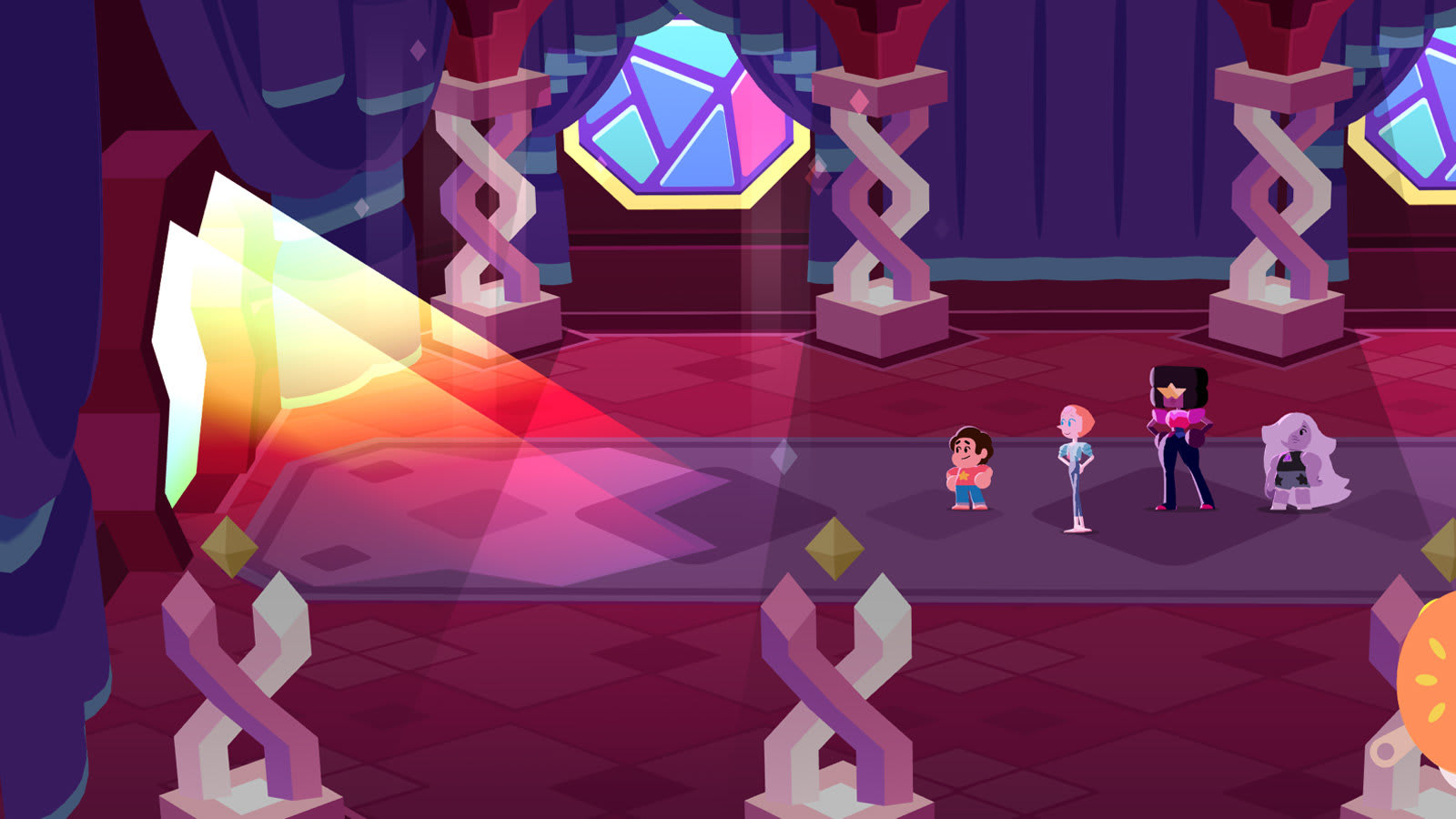 Unleash the Light is a turn-based RPG that centers on the intergalactic adventures of Steven and his warrior friends, the Crystal Gems. This third game follows on from the Cartoon Network series and two earlier games but is set before the events of Steven Universe: The Movie. While you can plan your attacks without having to rush, there is a Paper Mario-esque timing system for both delivering critical hits and defending your six protagonists. With a polished aesthetic, slick animations and the same voice actors as the cartoon, the game feels like part of the well-regarded series. As for the game itself, the easy-to-understand battle system gradually unfolds and gets more elaborate without ever getting too heavy. It's a cute, endearing game and ideal for any RPG fans with a daily commute to fill, and I may have already completed it. MS

Get Steven Universe: Unleash the Light on Apple Arcade 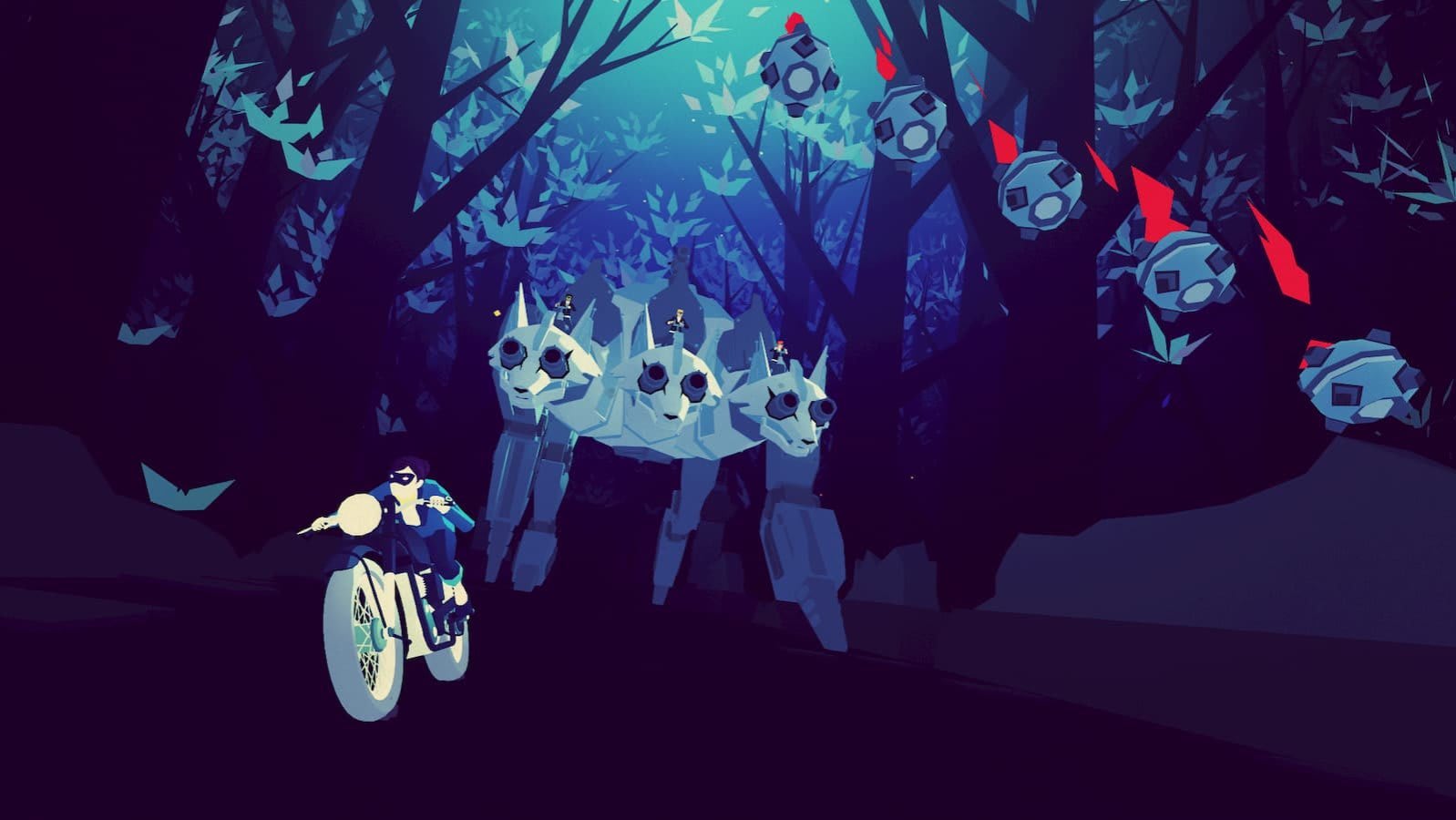 One of the banner titles at Apple Arcade's launch isn't even an exclusive. But that makes sense: It's almost too good to be a mobile game. You dodge obstacles or battle your enemies in Sayonara Wild Hearts with swipes and taps, all in time to arguably one of the best game soundtracks of 2019.

It's not a long game, but it's a satisfying one that demands repeated playthroughs. At times, it feel like Rez, while at other times it's like you're driving around an open-world game like the GTA series -- albeit on a single road. And if you ever find parts of a level too difficult, the game-over menu will occasionally offer to skip ahead. You can always replay the level once you've completed it. I'm all for forgiving games, and it means everyone has a chance to complete Sayonara Wild Hearts, regardless of skill level. MS

Shinsekai: Into the Depths 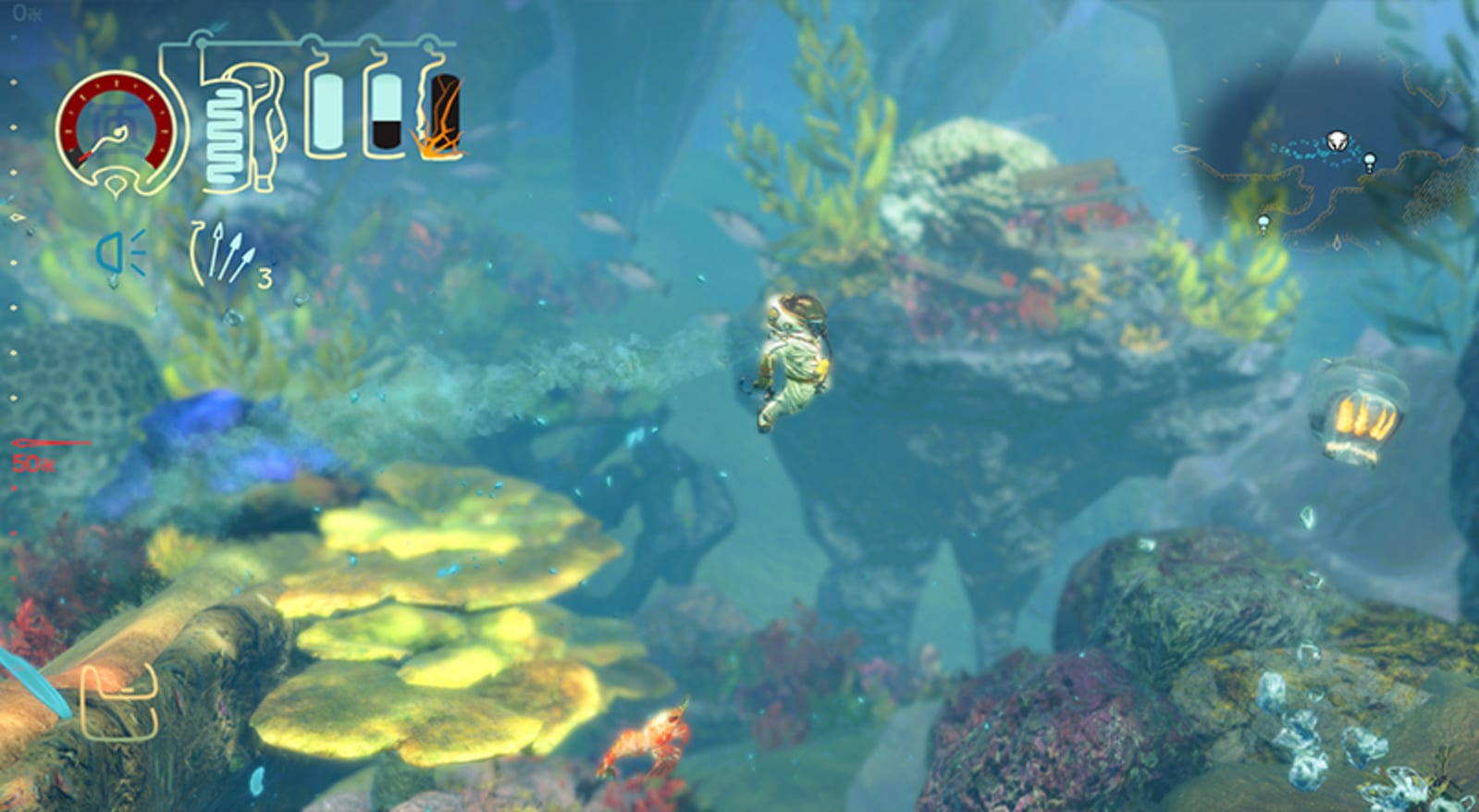 Capcom's Apple Arcade exclusive will scratch any Metroidvania itch you may have. Shinsekai: Into the Depths is a bit slower-paced than you might be used to, since the game's unnamed protagonist is slogging through the ocean's depths in a pressure suit. But it's a classic exploration adventure in which finding new abilities allow you to search deeper and deeper into the sea. The game adds more capabilities and keeps tweaking the formula of what you're trying to accomplish, so things stay fresh despite a somewhat slow beginning. The underwater world is beautifully rendered and quite mysterious, and it looks like it takes place in a world where rising oceans have engulfed civilization. Most importantly, it plays well regardless of what device you're using and whether you're steering the character with a controller or a touchscreen. NI

Get Shinsekai on Apple Arcade 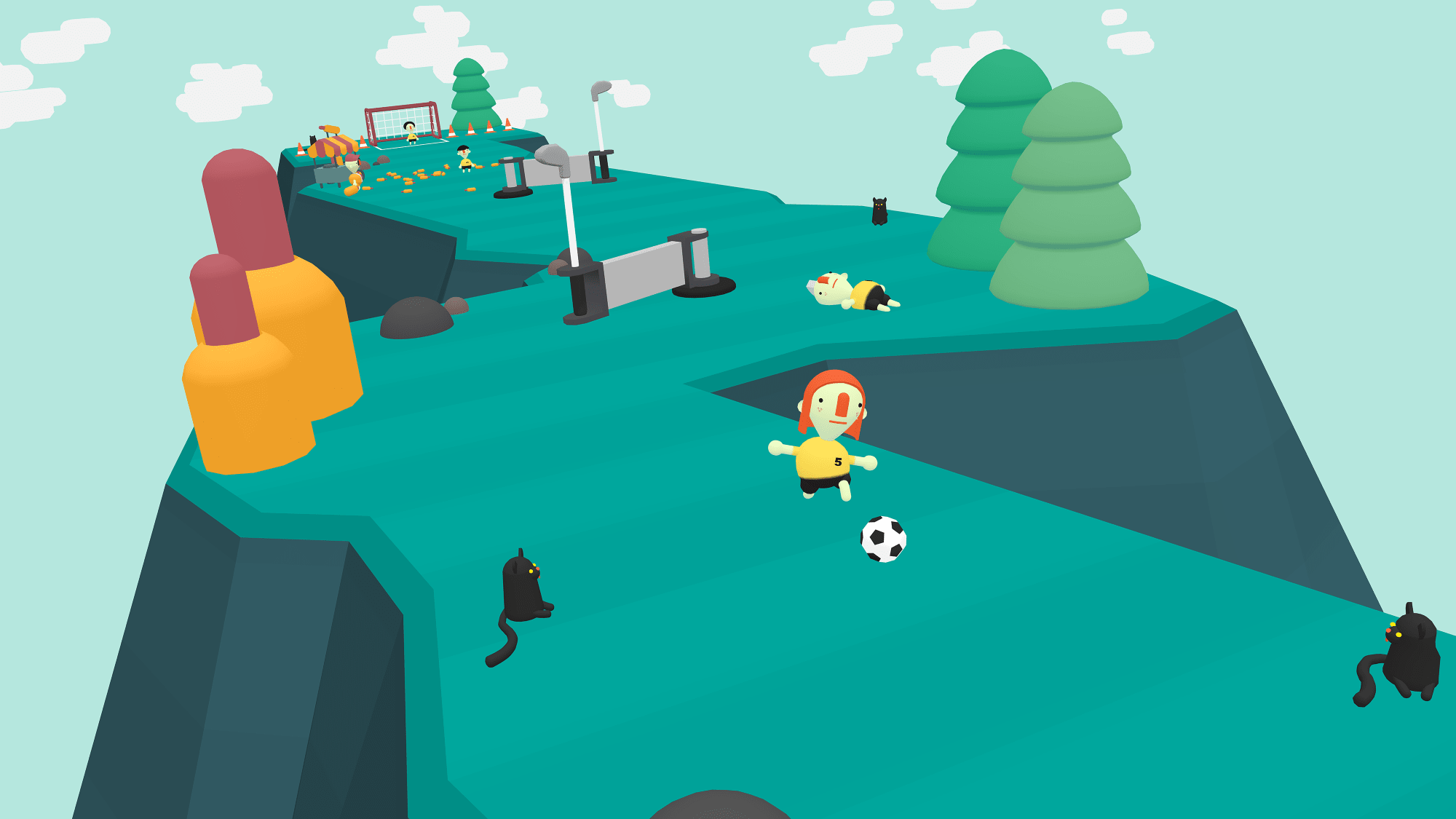 You don't need to like golf to play this. In fact, it's probably even better if you're not a purest. What The Golf? starts out as a fairly basic spin on the sport, but it quickly evolves into a sort of punk remix using the basic mechanics of mobile golf swings. Soon you're throwing yourself, animals and even houses down the green. And just when you think you've figured out the game's gimmick, it starts recreating some classic games in golf form. (We won't spoil exactly which titles it emulates here, but rest assured, you'll be surprised.) What The Golf? is practically a meditation on gaming, simplifying complex concepts into a single mechanic: Just pull back with your thumb and swing. DH

Get What The Golf? on Apple Arcade 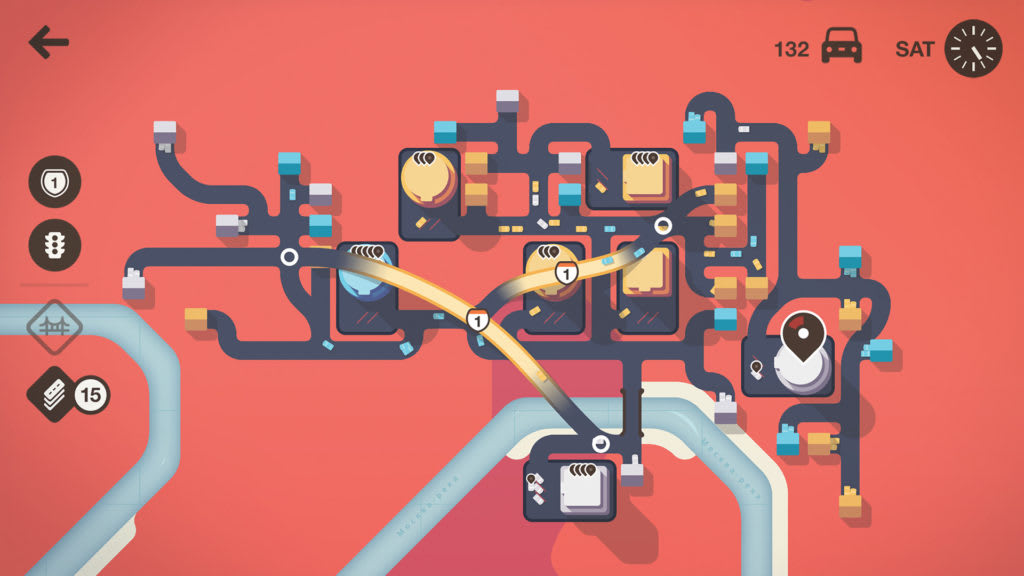 Mini Motorways is the follow-up to the indie smash hit Mini Metro. Like that game, Motorways strips away the complicated trappings of full-blown traffic sims in favor of simplicity. While Metro begins with a pair of subway stations, Motorways starts with a building and a home. You have to draw a road to connect the two, so the car belonging to the home's residents can reach the building. Over time, more buildings and homes are added, increasing the complexity of your road network.

You'll get extra tools to improve your road system along the way, namely traffic lights, which I haven't made sense of yet, and the titular motorways, which are absolutely essential to bypass traffic black spots and keep things flowing. Where it differs from Metro is in its free-form nature: While trains follow a set route, cars will always take the shortest path to their destination and you'll end up routing them in seemingly nonsensical ways. Not doing so inevitably leads to traffic jams, which will eventually be your downfall -- while the game is quite lenient, if too many cars take too long to reach a building, it's game over. AS

Get Mini Motorways on Apple Arcade 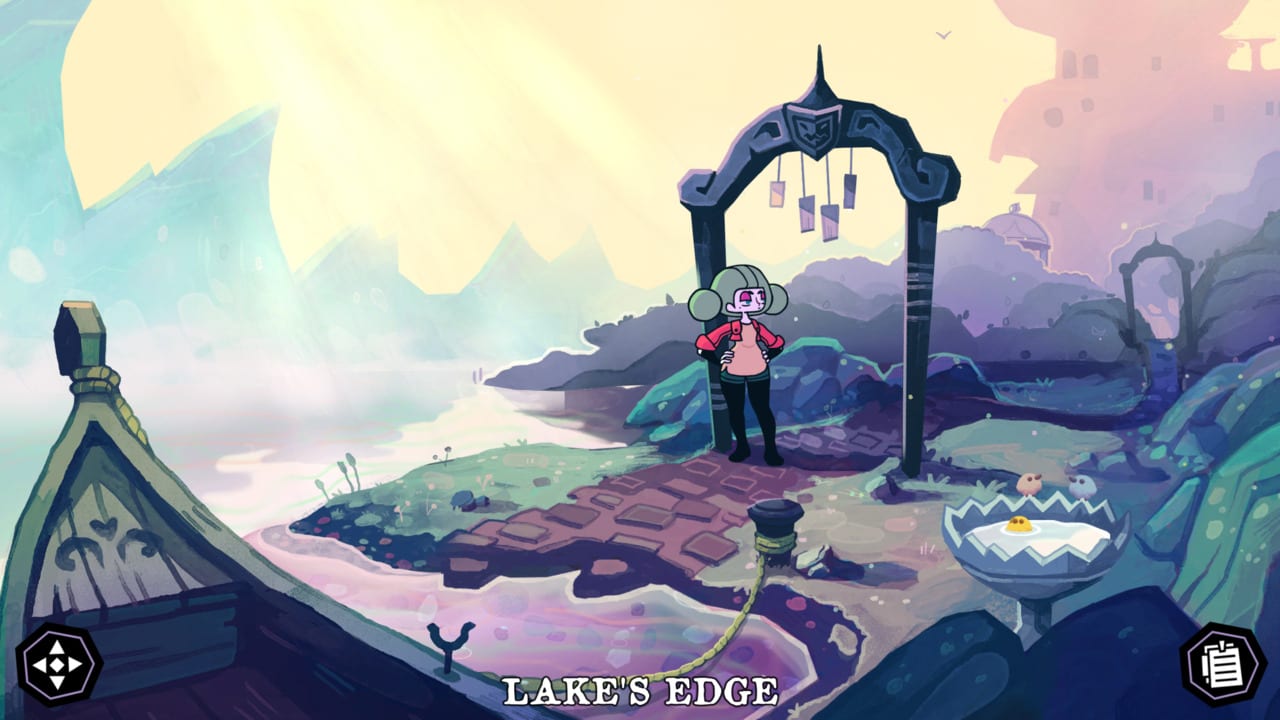 Tangle Tower is a point-and-click adventure game that lands somewhere between Professor Layton, Monkey Island and Clue. Tasked with solving a Poirot-esque crime (a locked-room murder), you'll explore the tower the game is named for, speaking with witnesses and potential suspects to uncover the truth.

Rather than hunting for items or picking from baked dialogue options, the core mechanic of Tangle Tower is its interrogation system. You solve puzzles to collect items that you can use to prove someone is lying. You do this by linking item cards together in a minigame to make a Clue-like statement. For example, you could assert that a Gramophone was used to kill a Paint Palette because the victim had left it there. (You'd be really wrong, but you could.) It's an engaging loop; the puzzles are just difficult enough to make you feel smart, and the interrogations are a real highlight.

The only downside of Tangle Tower is its length: It took me just four hours to complete. Given the production quality (the artwork is gorgeous, and the characters are all voiced), the game being short is understandable. And the fact I finished it wanting to play another four hours is surely the best endorsement there is. AS

Get Tangle Tower on Apple Arcade