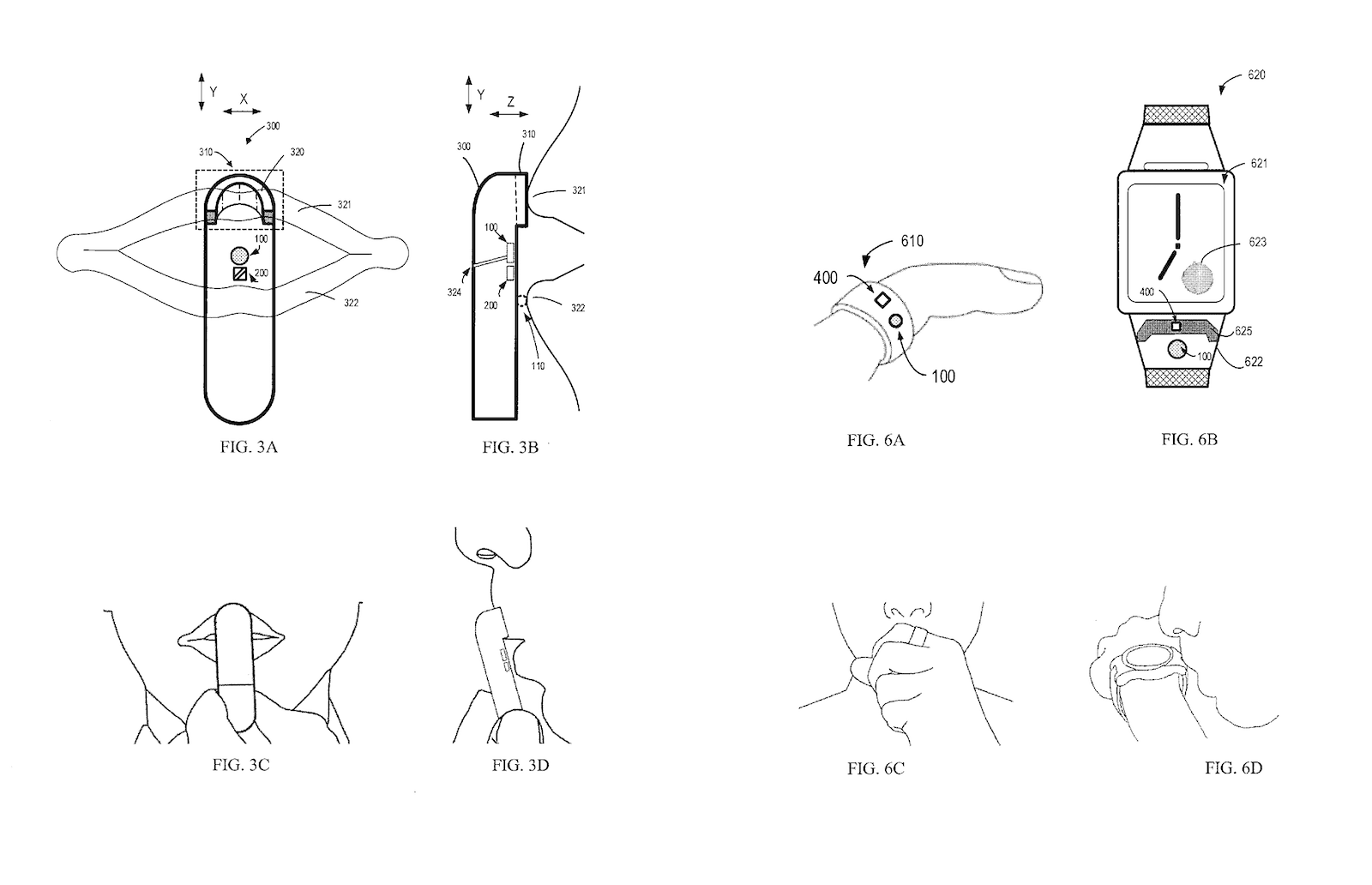 While voice assistants have grown in popularity over recent years, many people still hesitate to use them in public spaces, and that's a problem Microsoft is looking to tackle. In a patent filing, the company notes that for a number of reasons -- not wanting to disturb those nearby, not wanting to share private information around strangers -- people often avoid issuing voice commands when in public. "Although performance of voice input has been greatly improved, the voice input is still rarely used in public spaces, such as office or even homes," says the patent filing. "These are not technical issues but social issues. Hence there is no easy fix even if voice recognition system performance is greatly improved."

So to address the issue, Microsoft has come up with what it's calling "silent voice input," a way for people to use voice input technology, but quietly. However, while this method may be quiet, it's certainly not discrete.

Here's what Microsoft has proposed. Rather than speaking into your phone or other device while out in public, it's suggesting you whisper into it. But not a normal whisper. Rather than a typical whisper, during which your breath moves out of your mouth, with silent voice input, you're supposed to inhale while you whisper. It's called ingressive airflow and Microsoft says it will prevent users' whispered voices from being distorted. And that's an issue because for this method to work, you have to put your mouth really close to the microphone. We're talking one to two millimeters close.

Microsoft says the silent voice input technology could be embedded in a range of devices including phones, watches, TV remotes, headsets and rings. And while it's an interesting idea, if the goal is to make you less uncomfortable to use your voice assistant in public spaces, inhale whispering into your smart ring with your mouth nearly touching it doesn't seem like the best solution. In a way, it harkens back to when you were a kid and you pretended to be a spy, giving your friends orders by talking into your watch. But somehow it takes that childhood game and makes it incredibly uncool. Maybe it's the inhale whispering. It's definitely the inhale whispering.

Of course, this is just a patent filing, so there's no guarantee this technology will ever see the light of day. Or maybe in the next few years we'll all just be awkwardly whispering into our TV remotes.

Via: Windows Central
Source: WIPO
In this article: DigitalAssistant, gadgetry, gadgets, gear, internet, microsoft, patent, tomorrow, VirtualAssistant, VoiceCommand, whisper
All products recommended by Engadget are selected by our editorial team, independent of our parent company. Some of our stories include affiliate links. If you buy something through one of these links, we may earn an affiliate commission.