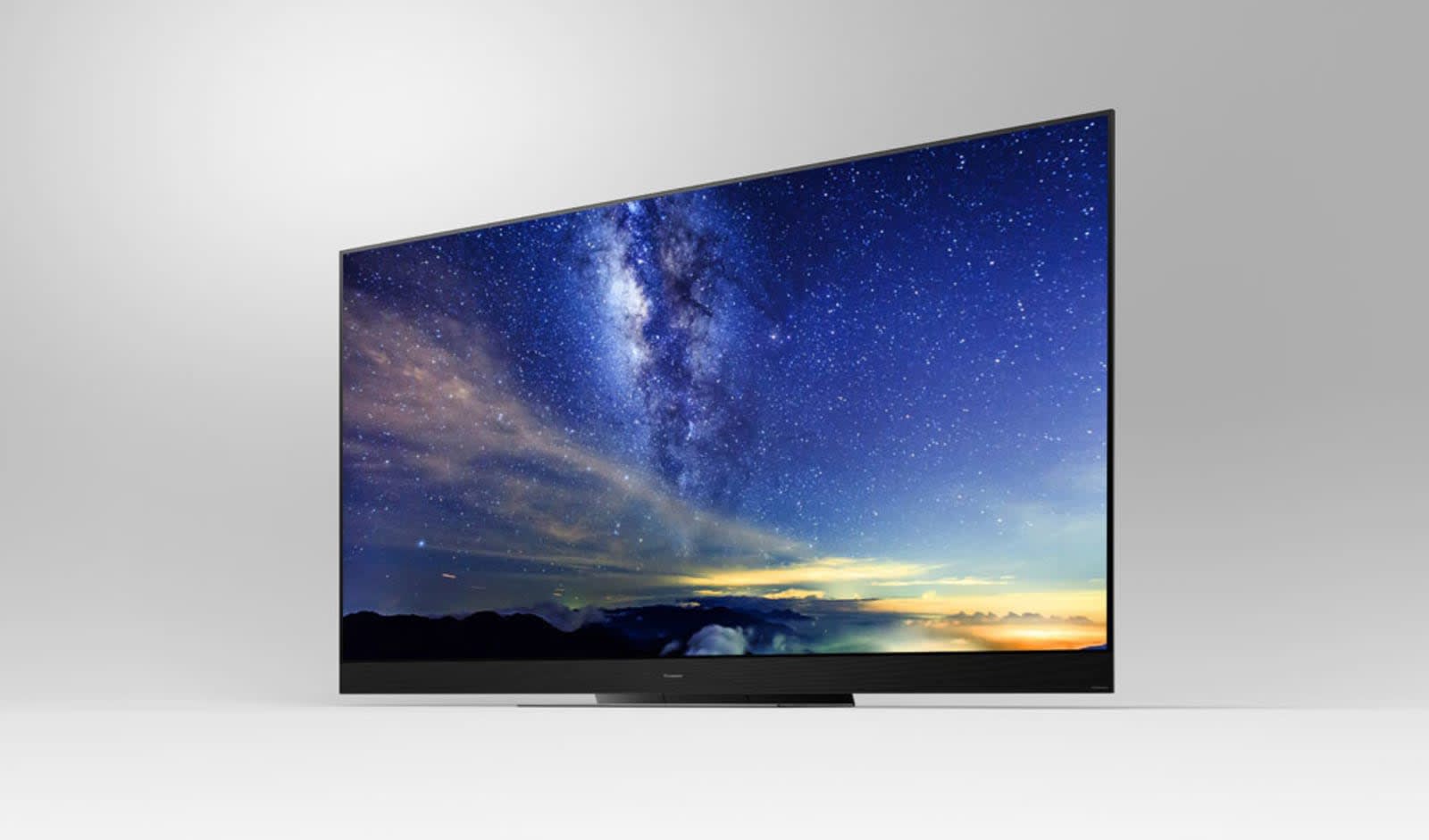 After alluding to it during its press conference, Panasonic has unveiled the GZ2000, a 4K OLED TV aimed at folks who want very accurate colors. Available in 55- and 65-inch models, it'll support both Samsung's HDR10+ and Dolby Vision for high dynamic range (HDR) video. Panasonic said that its engineers customized the "bespoke" panel to control parameters like brightness and contrast handling. On top of that, it was tuned by one of Hollywood's top colorists, Stefan Sonnenfield, who worked on Wonder Woman and A Star is Born, among other titles.

Panasonic said the GZ2000 is equipped with its most powerful processor ever to speed up HDR processing. "The GZ2000 is Panasonic's best TV at selecting and displaying the correct color for every single brightness level," it said. That applies even when brightness levels and contrast vary rapidly within a scene, which will make it particularly adept at handling live sports broadcasts and action movies.

To further buttress its pro cred, the TVs support test pattern calibration from industry standard color company Calman (much as Samsung's QLED TVs do). In other words, you'll probably see this as a client monitor in $1,000 per hour color correction studios used by movie studios and ad agencies. Panasonic's existing $8,000 EZ1000 is already a staple in such rooms.

Along with the HDR video features, the GZ2000 OLED will support HLG high-dynamic range photo tech used by Panasonic on its incoming S1 and S1R cameras. It's also equipped with upward-firing speakers that deliver Dolby Atmos audio. The audio system as a whole was tuned by Panasonic's Technics engineers and the TVs support both Google Assistant and Amazon Alexa.

Panasonic has yet to announce a price and release date for the set. However, when you consider the custom OLED panel, support for Dolby Vision and all the pro color accuracy settings, expect it to be on the high end of the OLED range.

Source: Panasonic
In this article: 4KOLED, av, CES2019, DolbyAtmos, DolbyVision, gear, GZ2000, HDR10+, Panasonic, StefanSonnenfeld
All products recommended by Engadget are selected by our editorial team, independent of our parent company. Some of our stories include affiliate links. If you buy something through one of these links, we may earn an affiliate commission.